(RNS) — It seems like the women of Scripture are having a moment in the days leading up to Easter (April 21), celebrated by many Christians as the day they believe Jesus rose from the dead.

Mary Magdalene is getting the Hollywood treatment in a film that bears her name.

Both she and Mary, the mother of Jesus, command their own episodes in the new History Channel series “Jesus: His Life,” which tells the story of Jesus through the eyes of those around him. 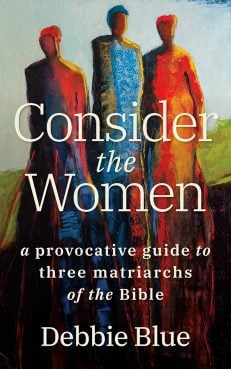 “Consider the Women” by Debbie Blue. Image courtesy of Eerdmans

And the stories of other women in the Bible are getting attention from recent books and podcasts.

There’s something in the air, said the Rev. Debbie Blue, co-founder of House of Mercy in St. Paul, Minn., and author of  “Consider the Women: A Provocative Guide to Three Matriarchs of the Bible.” She said she’s hearing more about those women’s stories this Easter than in past years and thinks the #MeToo movement deserves some of the credit.

“I think it does have something to do with the #MeToo movement. We’ve been so aware that we’ve not listened to women’s stories, and that’s so much in the air now,” Blue said.

The Bible also deserves some credit, said the Rev. Shively Smith, assistant professor of New Testament at Boston University School of Theology and one of the scholars featured in “Jesus: His Life.”

The attention to women in the week leading up to Easter comes from the way the Gospels themselves are set up, Smith said.

Women take center stage in all four books when Jesus enters Jerusalem for the final time at the start of Holy Week, the days leading up to his crucifixion and resurrection in Christian traditions: anointing Jesus with costly perfume, standing at the foot of the cross as Jesus dies and finding his tomb empty when they arrive to care for his body.

“I think we’re really sort of following the cues of the Gospel narratives themselves when we pay attention to women this week,” Smith said. 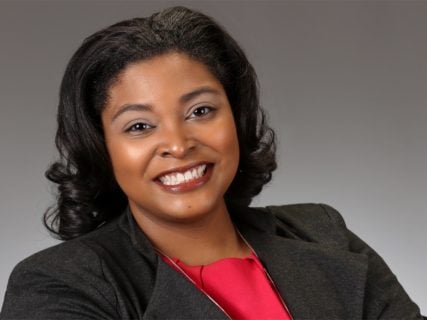 Three women stand out to the scholar among the women following Jesus, just as Peter, James and John hold a special place among the Twelve. Mary Magdalene; Mary, the mother of James and Joseph; and Salome are described in the Gospel of Mark as watching the crucifixion from a distance.

Mary Magdalene is singularly important among them, Smith said, and is named more frequently than some of the disciples in the Gospels. She is the first person to see Jesus after his resurrection and the first to proclaim the news to the other disciples.

Her role has been diminished over the centuries as she’s been recast as a repentant prostitute or as Jesus’ wife — things not found in the biblical text, Smith said. She’s also been conflated with Mary of Bethany, another biblical figure, often depicted alongside her sister Martha.

Smith said she sees that treatment of Mary Magdalene as a “dismissal of women’s power and women’s agency in a real way.”

Holy Week is a time to slow down and clarify who’s who in the Gospel accounts, especially among the women, she said.

“I think of Mary Magdalene as sort of spanning the gamut of all that womanhood can and does bring historically to the world,” she said. After making films like “Lion” and “The King’s Speech,” See-Saw Films was looking for a project with a female lead when a filmmaker suggested a movie about “Mary Magdalene, the prostitute,” according to producer Iain Canning. The filmmaker moved on to other projects, but the idea stuck, according to Canning.

And when, with a little digging, they realized how Mary Magdalene had been misrepresented throughout history, the producers knew they had to tell her story, he said.

“To put something out there in the world through cinema where people could access that information to, in some part, right the wrong of a misunderstanding through history felt like if we’re in a position to be able to do that, then we should do that as a company,” he said.

That was especially true when the story is part of the foundation of so many Christians’ beliefs, he said. 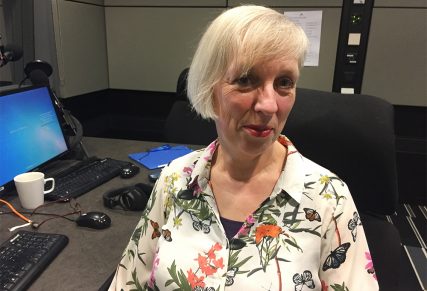 “Mary Magdalene” was released earlier this week in the United States — ironically, it reportedly was delayed by the Weinstein Co. collapse after a number of women came forward with sexual assault allegations against Harvey Weinstein at the height of #MeToo.

To Rosie Dawson, the #MeToo movement provided an opportunity to revisit specifically the stories of sexual violence against women in both the Hebrew Bible and New Testament. The stories she chose aren’t part of the Easter narrative and include little-known figures such as Jephthah’s daughter and the Levite’s concubine.

And, she said, “If people believe that, you know, there’s a point to having these stories in Scripture — they’re there for a reason — then we have to say, ‘Well, what reasons? Why are they there?’”

The invitation of Holy Week is to “rethink who is left out and to recognize that Jesus brings them into the center,” said Smith, the scholar. 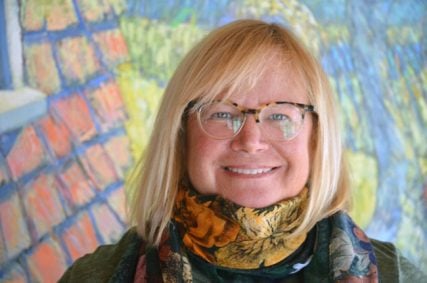 That continues after Easter, too.

There are fewer women named in the Gospels than men, said Blue, the pastor and author. Some women who play significant roles in Gospel texts are referred to only as “the women with the flow of blood” or “the woman caught in adultery.”

Though they may not have been heard as much through history, their stories still matter. They emphasize the Bible’s critique of power, Blue said. They ground faith in the body, something that made early church fathers uncomfortable.

And they have something to teach readers today.

“It’s important not just to say, ‘Oh, these were interesting characters,’” Blue said. “I mean, they are. But also, really paying attention to their stories, I think our ideas of who God is can shift and ideas about what faith is like can shift.”

One Eye Squinted
The scandal of evangelical Christian friendship
Follow us on Facebook!
Submit your photos to RNS