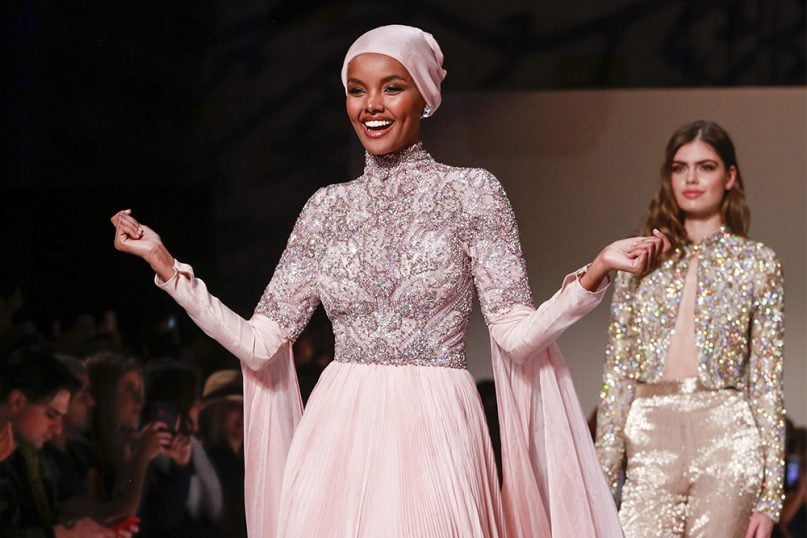 Aden will be the first woman to sport a hijab and burkini in the magazine, which hits newsstands on May 8, SI revealed Monday.

In a photo shared to the official Instagram page for the issue, Aden, 21, smiles while submerged in the water.

For her shoot, Aden returned to her home country of Kenya. She was born and remained at the Kakuma Refugee Camp until heading for the U.S. at the age of 7, SI reports.

In the states, Aden found success and broke barriers. She signed to IMG Models after making headlines for competing in hijab at her state's Miss USA pageant in 2016. She became the first woman to wear her traditional Muslim headpiece for the entire competition, also opting to wear a burkini for the swimsuit round.

@halima is #shatteringperceptions as the first woman to wear a hijab and burkini on the pages of #SISwim. Click the link in bio to learn more about her historic shoot in Kenya. (📷: @yutsai88) • • • @hemingwayscollection @officialkenyaairways #HemingwaysCollection #LetKQTakeYouThere

"We definitely had a lot of moments where everybody was, like, breaking down crying because it's a huge moment," she recalled.

.@JanaiNorman sits down with @Kinglimaa, the first model to ever wear a burkini in @SI_Swimsuit: "I want to continue to show girls....you're a queen. Yes you can." https://t.co/w4jfMe8Rhl pic.twitter.com/cAJ1mvgynw

MJ Day, SI Swimsuit editor, promised an issue with "a wide range of age and race and levels of modesty that really is a first for us" during the "GMA" segment.

The move provided a special memory for Aden.

"I've never gotten to shoot in the ocean, wearing a swimsuit. I felt like I was Beyoncé in that water, sis," she said during the interview for ABC's morning program. "I was like living my best life. It was incredible."