(RNS) — For more than a decade, Sawinder Singh took the harassment.

Singh, a school bus driver in Rockville, Md., says colleagues, supervisors and students taunted him for 13 years because of his turban and long beard.

Children and co-workers alike threw words like “terrorist,” “al-Qaida” and “Taliban” at the 45-year-old Sikh man, according to a complaint filed by Singh.

One former colleague asked him, “How did they let you back in the country? Osama bin Laden was killed,” after the U.S. announced the terrorist’s death. The students he picked up often joked about him kidnapping them, killing them and blowing the bus up, according to a complaint he filed three years ago. 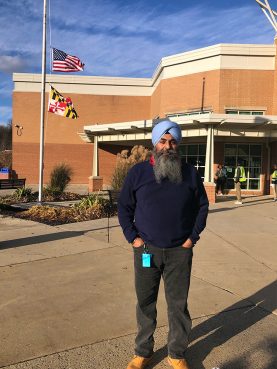 Now, the Montgomery County Public Schools district has agreed to work with Singh and the Sikh Coalition to create training programs fostering safer and more inclusive workplace environments for Sikhs and other minorities.

“He was targeted for being brown, for having a turban and beard and identifiable articles of faith,” said Amrith Kaur, legal director for the Sikh Coalition, a New York City-based civil rights advocacy organization that represented Singh. “The work environment was so hostile for him that even when he complained, formally and informally, and notified the school, they only addressed the individual act. So (Singh) kept dealing with daily harassment, even as the perpetrator would change.”

In 2016, Singh filed a claim of religious and racial discrimination against the school district with the Maryland Commission on Civil Rights and the federal Equal Employment Opportunity Commission, noting 21 separate incidents he says he formally reported to school officials in a five-year period.

On Tuesday (May 28), attorneys for the district and officials from the Sikh Coalition and Public Justice, who worked together to represent Singh, announced a settlement agreement.

Singh said he hopes the settlement will make the school district more welcoming to religious minorities.

“After years of harassment in the workplace, I am grateful that MCPS has worked with me to resolve these issues and prioritize making the work environment safer and more inclusive for all,” Singh said in a statement. “My hope is that through this process, every MCPS employee can gain a deeper respect for Sikhs and other religious minorities.”

The school district will establish a commission — including MCPS administrators, Sikh Coalition and Public Justice advocates and Singh himself — to recommend training initiatives to create a more interactive cultural education program. Their proposals will include trainings on diversity, unconscious bias and Sikh awareness, beginning with a climate assessment survey for students and staff. 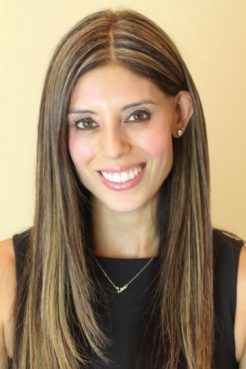 “We wanted to create a systemic approach to holistic change within the district,” Kaur said. “MCPS is one of the top school districts in the country, both in caliber and size, and if they are open to creating and advancing these kind of cultural competency and Sikh awareness training programs, that can impact a lot of other districts and employers across the country.”

An estimated 500,000 Sikhs, who mostly originate from South Asia, live in the U.S. Particularly in the aftermath of 9/11, Sikh Americans have long faced discrimination in and out of the workplace. Sikh Americans are regularly targeted by racist, anti-immigrant and, because they are often mistakenly thought to be Muslims, anti-Muslim violence and harassment.

“We do not and will not tolerate behavior that is hateful, bigoted, racist or discriminatory,” said Gboyinde Onijala, a communications officer for MCPS. “MCPS has worked collaboratively with the Sikh Coalition and Public Justice to continue its support of Mr. Singh and to strengthen our efforts to increase equity and respect in the workplace and schools.”

This year, MCPS established new staff trainings on cultural proficiency and examining implicit bias. The district also listed Singh — who has a background as a professional musician and has performed on Capitol Hill and at the National Cathedral — as a resource for teachers seeking speakers or performers for cultural programs focused on Sikh and South Asian communities.

In 2016, MCPS led face-to-face training on workplace bullying with the department of transportation employees and documented Singh’s experiences in an article for the district’s online news bulletin, Onijala said.

“I like to drive a bus, but the biggest challenge has been because of my long beard and turban,” Singh said in that article. “When I face negative comments, my heart falls. I have respect for all mankind, for all religions. I’m here to serve. … My faith and my culture only teach love.”