SPOKANE, Wash. — As children and their parents lined up to get inside the South Hill Library here, hundreds of protesters and counter-protesters faced off in front of the building waving signs at one another and trying to drown out each other’s chants and jeers.

June 15 marked the city’s first Drag Queen Story Hour, a national program that brings drag queens into local libraries to read to children as a way to expose kids to queer role models and get them thinking about gender fluidity, according to the DQSH website. The program is especially popular during LGBT Pride month.

Andrea Tate, a drag king who goes by Tirrany, initiated the Drag Queen Story Hour in Spokane, where the books read included “The Princess and the Pony,” “Not all Princesses Wear Pink” and “Love Is Love Is Love.”

“I’m done with letting drag be confined to adult-only spaces,” said Tate. “Obviously we’re not teaching kids what it means to be gay. That’s not our goal here. Our goal with this story hour is to teach kids that regardless of what someone else looks like, or who they love, we have no place telling them they’re not allowed to do that.” 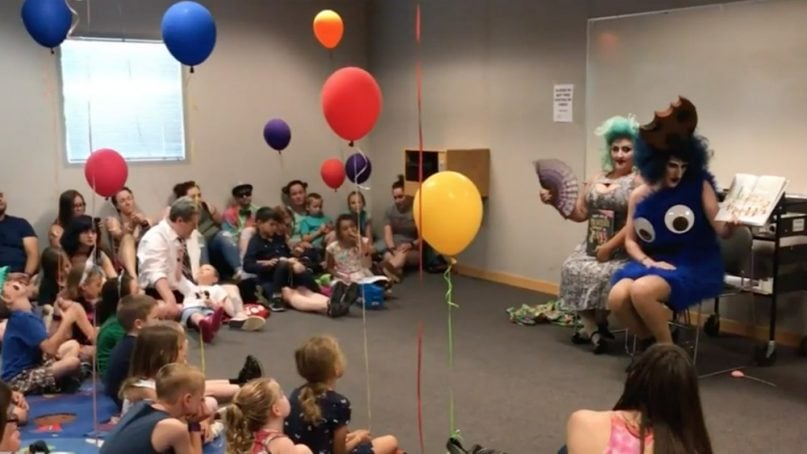 Despite the popularity of the story hours — dozens of kids were turned away in Spokane — where singing and laughing seemed to dominate the proceedings, it’s not uncommon for the events to be met with opposition.

This week at a Seattle story hour, an anti-LGBTQ rights organization called MassResistance mobilized a protest, claiming the events are inappropriate and hypersexualized. Earlier this month, two Drag Queen Story Hours in central Ohio were canceled due to hostile threats, and a Texas public library north of Austin was partially shut down due to demonstrations.

Tom Turner, a conservative Christian, joined the crowd of about 200 who protested the Spokane program on Saturday. The Spokane protest, like many across the country, was organized by a group of local parents.

“I’m on this side of the street because God isn’t over there,” he said, pointing across the street to the counter protest — about double the size — that was supporting the drag queens. “Ultimately, they’re being deceived.”

Turner cited the New Testament’s First Letter to the Romans, in which the Apostle Paul said that God’s wrath will be revealed, and he will turn people over to their sinful desires.

“The fact that this is happening all over the U.S. reflects where our society and culture is headed,” Turner said. “Sin is never satisfied.”

Others opposing the story hour held signs that read, “Gender fluidity is a lie,” “Drag is Black Face,” and “You can be free from the bondage of sin.” 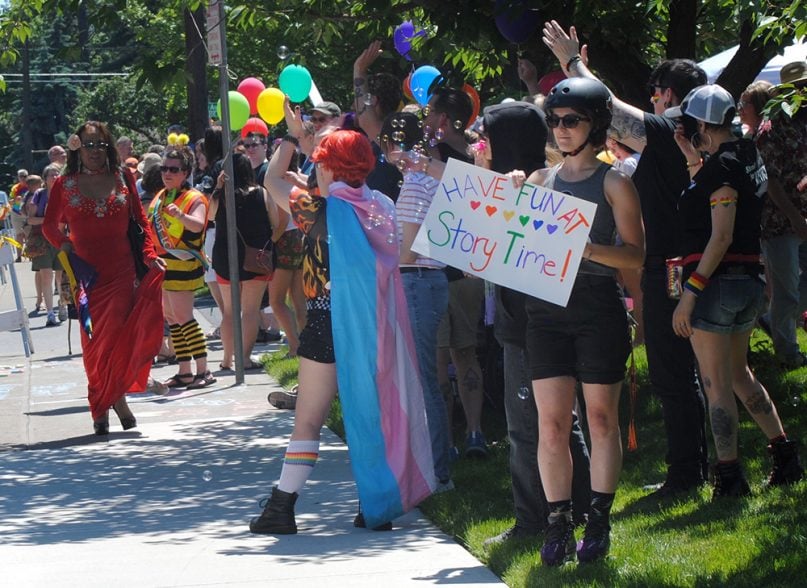 At a forum, attended by about 100 people, held at the Downtown Spokane Library three days before the story hour, panelists shared a different view.

The Rev. Andrea CastroLang, pastor of Westminster United Congregational Church of Christ, applauded the event, saying she was glad it was something her granddaughter would be able to attend.

“I’m guess I’m here tonight,” she said, “to let you know that even though there’s only one of me up here, there are other Christian churches that are friends and allies, and it really sucks to have to represent Christianity sometimes because we’ve done a lot of disservice. So I’m here to try and be a friendly face.”

She added that Christians are known by their love and not by the threatening messages that have been sent to Spokane libraries and other libraries throughout the U.S.

It’s a line in the sand, she said.

“A lot of us like to think gender is immutable, unchangeable, solid, and it’s just not,” Logan said.