(RNS) — For the first time in its 134-year history, the Evangelical Covenant Church has voted to remove a congregation from its roster over its position on LGBTQ inclusion.

The vote to expel the First Covenant Church, a prominent and historic Minneapolis congregation, for being “out of harmony on human sexuality,” took place at the denomination’s annual meeting in Omaha on Friday (June 27).

The Minneapolis church has never performed a gay marriage, though a lesbian couple had an off-site wedding performed by its music director in 2014, which produced a series of conversations about its future over the past few years.

The denomination also expelled from its roster the Rev. Dan Collison, the church’s pastor.

The actions come after First Covenant said it would treat LGBTQ members as equals, allow married gay clergy and would be open to hosting same-sex marriages.

For the denomination, this was a step too far.

Three-quarters of the more than 1,000 delegates to the meeting voted to remove the church from the denomination, which includes 875 U.S. churches with about 300,000 members. Another retired pastor was also facing an expulsion Friday night.

“I’m deeply saddened this ecclesial body doesn’t make room for openly LGBT individuals, other than to say you’re welcome but we won’t treat you equally,” said Collison. “Ultimately, it becomes a question of what is love about and what is inclusion about. It breaks my heart.”

Though far smaller than the United Methodist Church, which this year doubled-down on its ban on LGBTQ ordination and marriage, the ECC vote signals just how divisive the issue of sexuality remains in some Protestant circles. While many denominations, including the Episcopal Church, the Presbyterian Church USA and the Evangelical Lutheran Church in America have opened their ranks to LGBTQ clergy and marriage, many others have not.

First Covenant Church Minneapolis, a 145-year-old congregation whose church building occupies nearly an entire city block, is known for its outreach to the community. Its ministries include a shelter for homeless people and a childcare center. The church is now building a $42 million affordable housing project.

Collison, who has been pastor for 10 years, said the church has six to eight members who identify as LGBTQ and another dozen who attend but haven’t formally joined. Most of its members might be considered LGBTQ allies. 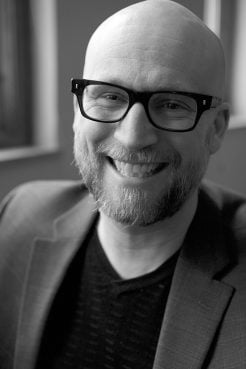 The ECC’s position on human sexuality states that heterosexual marriage, faithfulness within marriage and abstinence outside of marriage constitute the Christian standard.

“There is now a movement seeking to subvert the historic trust we have placed in the discernment of the Annual Meeting by refusing to live in harmony with our communally discerned position,” ECC President John Wenrich wrote in a letter to denomination members.

“If these groups are successful in such efforts, we will continue to devote time, energy, and resources to conversations we have held now for more than 20 years, diverting our focus away from topics such as immigration, mass incarceration, justice and evangelism—matters that have never needed the presence of the faithful more than they do now.”

In addition to Collison, the denomination voted Friday to expel the Rev. Steve Armfield, a retired pastor who officiated at the wedding of his son to another man, and later officiated at a lesbian wedding. Armfield is now serving as an interim pastor in another denomination.

Founded in 1885 by Swedish immigrants, the denomination defines itself as “evangelical, but not exclusive; biblical, but not doctrinaire; traditional, but not rigid.”

But on the issue of gay rights, the denomination drew a line. “They’re building a wall around it that they’re trying to make impenetrable,” Collison said.

The Minneapolis church has begun a new association to support churches experiencing denominational hostility and assist them in becoming more inclusive. It calls the group the Covenant Collective.