(RNS) — On the second night of last week’s Democratic primary debates, Sen. Kamala Harris grabbed the national spotlight when she challenged former Vice President Joe Biden over his past opposition to federal busing and his collaborations with segregationist lawmakers.

But for Rajdeep Singh Jolly, a Sikh and a lawyer in Washington, D.C., the confrontation brought to mind Harris’ own civil rights record — one that many Sikh activists around the country remember as being less than perfect.

“She accused Joe Biden of being weak on civil rights, but I think that was being disingenuous,” Jolly said. “If she’s going to call out other candidates for their shortcomings on civil rights issues, she needs to own up to her own mistakes.”

More than 600 people have signed on to an online petition Jolly launched last week asking Harris to apologize for her 2011 defense of a policy that prevented state prison guards from keeping beards for religious reasons — a policy that later provoked a U.S. Department of Justice civil rights investigation.

Just three days after she was sworn in as California’s first Indian American attorney general – Harris is half-black, half-Indian – she argued to dismiss a lawsuit filed by a Sikh man denied a government job because of his beard.

“At a time when Sikhs were struggling against discrimination in the post-9/11 environment, she could have used her discretion as attorney general to expand equal opportunity for Sikhs and other religious minorities who wanted to serve as security officers in her state,” Jolly said.

Trilochan Oberoi, a former commander in the Indian navy, had applied to be a state corrections officer in 2005 and completed the various evaluations and background checks required for the job. But when it came time for the medical exam’s mandated gas-mask fitting, his lawyers said, the California Department of Corrections denied him the position because he refused to shave the facial hair required by his faith.

When Oberoi appealed, an arbitration board ruled in his favor that the agency had discriminated against him by making “no effort” to consider alternative accommodations, such as allowing him to wear a tight-fitting mask.

Oberoi reapplied for the position and was again denied. He then sued the state for discrimination.

In Sacramento County court filings, Harris backed the agency, arguing that Oberoi couldn’t be properly fitted for a gas mask unless he shaved and that no exception to the rule had been made since the policy came into effect in 2004.

“Watching her during the debate, it was like there was a complete disconnect with her record and the intentional actions she took to discriminate against a Sikh man in California,” said Winty Singh, a Los Angeles-based health care administrator who blogs about Sikh American issues and helped lead the petition. “It just reeks of discrimination, and it was alarming to me as a fellow Sikh man with a beard in California.” 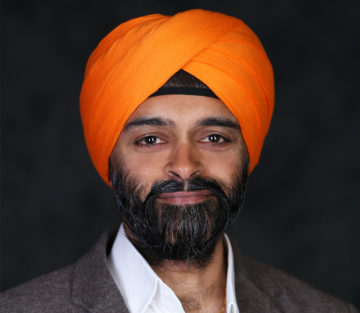 Singh noted, as Oberoi’s lawyers and dozens of civil rights groups argued at the time, that the agency does allow medical exemptions for people with skin conditions and that Sikhs serving in the U.S. military wear gas masks with their beards.

“Why should those who cannot shave for religious reasons be treated differently from those who cannot shave for medical reasons?” the Sikh Coalition, American Civil Liberties Union of Northern California, Asian Law Caucus, Council on American-Islamic Relations-California, Asian American Bar Association, Bay Area Association of Muslim Lawyers and other groups asked in a letter requesting that Harris reconsider her position.

In a statement in 2011, Harris’ office said she “is deeply committed to encouraging tolerance and equal opportunity in California” but had to consider the interests of the agency.

The agency said that gas masks must fit tightly to protect officers from tear gas and pepper spray sometimes used against inmates but that officers may wear short beards up to an inch long if a doctor verifies that a guard has a skin disorder or irritation.

Sikhs consider hair a religious sacrament, often wearing turbans and beards in accordance with their faith. Their untrimmed hair – called kesh – is one of five Sikh articles of faith. “Once you touch the razor or touch the scissor, your religion is gone,” Oberoi told media in 2008. 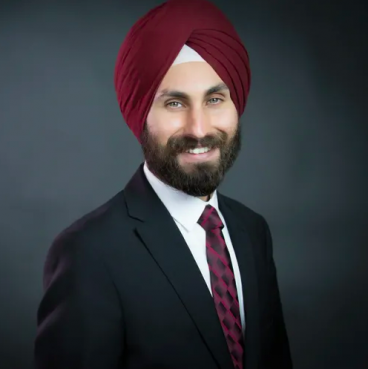 While Harris had the authority to drop the case or promote changes to the policy, she “dug her heels in” on the issue, said Jolly, who at the time was working as the policy director for the Sikh Coalition, a national advocacy organization.

At the same time that the Obama-Biden administration was making historic strides to allow observant Sikhs to serve in the U.S. armed forces, he said, Harris “slammed the door shut in our faces and made us jump through hoops instead.”

The state settled the case in 2011, six years after Oberoi had originally applied for the job, paying Oberoi $295,000 in damages and giving him a manager position in the corrections department. The state made no change to the no-beard policy.

But the case prompted the U.S. Department of Justice’s civil rights division to open an investigation into the policy. The case also forced Sikhs to find alternative ways to protect workplace religious freedom in California, and in 2012, the state’s governor signed a bill to protect workers wearing religious clothing or hairstyles.

“The lobbying for that act was really in large part due to her action in this case,” said Singh, who helped lobby for the California Workplace Religious Freedom Act in 2012. “All around her there was activity trying to open the doors and improve inclusivity for Sikhs in various occupations. She was going against the grain to prevent this man from being employed, and she hasn’t explained that.”

Kate Waters, a spokeswoman for the Harris campaign, said in an email Tuesday (July 2): “As the Attorney General of California, Senator Harris was obligated to defend state clients including the Department of Corrections. There were unfortunately situations like this one where her clients took positions that were contrary to her beliefs. It obviously would have been a preferable to have the Department of Corrections willingly change this policy through negotiation, but instead it chose to move forward with litigation.”

Jolly said he expected such a response.

“She might say, ’Look, you know, my hands were tied,’” he said. “She’ll say, ‘I had an obligation to represent the state of California in lawsuits … even though I was not personally on board with that restrictive policy.’ That’s not true at all because attorneys general have discretion. They have the power to exercise discretion about how they’re going to allocate their resources, what kinds of cases they’re going to take.”

He pointed to Harris’ decision to refuse to defend a California ballot measure banning same-sex marriage in 2013 as an example.

“The Sikh community has been working very hard to break down barriers … and provide equal employment opportunity,” Jolly said. “And the one time Kamala Harris had a significant interaction with our community, she was on the other side, fighting against the Sikh who was trying to vindicate his rights. 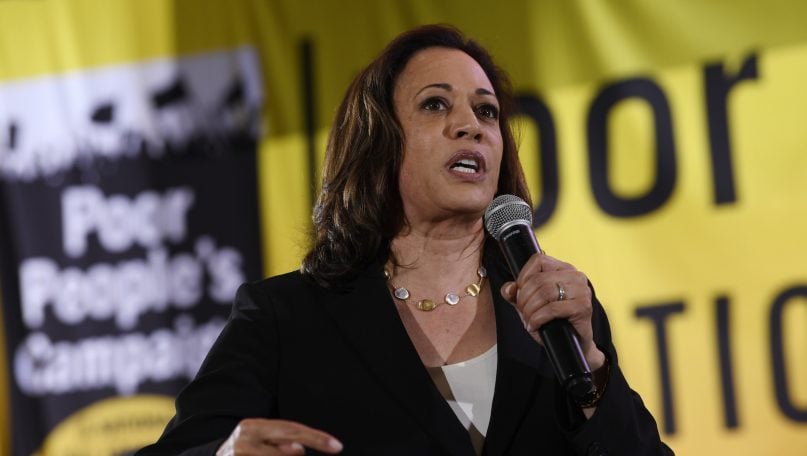 “If she becomes president, I think Sikhs and other religious minorities deserve reassurance that she’s going to be on our side,” Jolly said, noting that policies that do not account for the needs of any one religious minority leave all minorities vulnerable.

The Sikh Coalition said the petition is an important move to raise awareness of Sikh civil rights issues in the election process.

“This is how we ensure that our voice is heard on both sides of the political aisle,” said Mark Reading-Smith, senior managing director of programs at the Sikh Coalition. “No Sikh in America should ever be forced to choose between their faith and career and we will continue to fight for that right.”

An estimated 500,000 Sikhs live in the U.S., with a majority based in California, the state Harris has represented in the U.S. Senate since 2017. As a minority community, Sikhs find that politicians and lawmakers ignore their needs often, Jolly and Singh said, but Sikhs are becoming an increasingly civically engaged and politically powerful force in North America.

“They can’t just look at the census figures and say, ‘Well, we’ll just ignore this one,’” Jolly said. “The Sikh community really does punch above its weight.”