“You can take the person out of Mormonism, but you can’t take the Mormonism out of the person.”

These are just two of the adages I’ve heard about ex-Mormons—former members of the Church of Jesus Christ of Latter-day Saints. It’s mostly current, active Mormons I hear saying these things, painting a portrait of former members as angry, hateful people who are obsessed with tearing the Church down.

Statistically, though, most former Mormons do appear to leave the Church alone. In fact, many weren’t 100% committed to it in the first place. The majority of those who leave do so in late adolescence or very early adulthood, which is a similar pattern to other religions in America. Leaving religion has a well-documented “life cycle” component, in which college-aged people who are exercising their independence for the first time may jettison religious belief and behavior along with other values and habits they absorbed from their parents.

What’s different about religion today is that this kind of disaffiliation is happening more frequently, and those who leave as young adults appear less likely to eventually come back.

This could be because they are less likely to participate in two institutions that have traditionally catalyzed a return into the religious fold: marriage and childrearing. Millennials are waiting longer to get married, if they marry at all, and they are having fewer children, both of which tend to depress religious activity. It could also be because the zeitgeist of our country is changing, and it’s more socially acceptable to live entirely without organized religion in a way that would have been unthinkable a few generations ago.

The Next Mormons (Oxford University Press, 2019)

Back to ex-Mormons. Something has surprised me in the reactions to The Next Mormons survey findings and book: while I was prepared for pushback from very orthodox Mormons who might be unwilling to admit there are serious retention problems in the U.S. church, there’s actually been very little of that so far. Rather, bishops, Relief Society presidents, Institute teachers, and other local leaders have reached out to express gratitude for nationally representative research that quantifies what they are already seeing in their wards, classes, and families.

Unexpectedly, though, some ex-Mormons have been frustrated with the findings. A number of former Mormons have questioned whether the median age for leaving is really 19. They’ve wondered aloud how it’s possible that 93% of former Mormons report feeling primarily “freedom, possibility, and relief” after leaving the Church, when the stories they see told most often are from people who report feeling sad and lost in their faith crisis. And they have especially pushed back on the idea that a majority of those who left the Church were not fully committed to it in the first place.

I’ve been trying to find a way to speak about this issue more pastorally, because the people who are upset by these findings are frustrated because they are not the statistical norm. They seem to have left the Church later, perhaps in their late 20s and 30s, after serving a mission and marrying in the temple and Doing All the Things. They tithed thousands of dollars, in some cases. Leaving the Church cost them relationships, even marriages. Their road out the door was fraught with pain and brokenness. Some have had to fully reconstruct their identity outside of Mormonism.

And then along comes new research that seems to trivialize their pain by saying that most former Mormons left as teenagers and are happy as clams. That they’re not angst-ridden, and don’t seem to be looking back with regret.

This strikes me as a case where our own echo chambers are active in shaping our perceptions. Orthodox Mormons see the proliferation of ex-Mormon podcasts, Reddit communities, retreats, and Facebook groups as evidence that former Mormons are, as a rule, very angry. And ex-Mormons who tend to be active in such communities perceive that the narratives that are the most dramatic in those groups (the “all in” temple-married RM who then left the Church) are normative for everyone who used to be LDS.

But most ex-Mormons aren’t involved in those communities. They’re not part of highly visible Facebook discussions and support groups. The vast majority did not serve an LDS mission (only 13% did, according to the NMS) or marry in an LDS temple (only 7% of the respondents who were married had been sealed in the temple).

But it’s important to realize that within the small minority who did have those particular Mormon experiences—the ones who made the milestones, sacrificed greatly as members, and still have deeply committed LDS family members—leaving the Church was likely far more painful than it was for those who did not. They had invested so much more in the institution.

That pain should make orthodox, all-in Mormons think carefully about the narrative that such ex-members are angry people. Of course they’re angry. Of course it is going to take them a long time to build a life for themselves outside of the Church they were always told should be the foundation of that life. Of course they’re going to want to talk about that pain with other people who were once true believers but have since left.

Dr. Benjamin Knoll contributed research and analysis that are discussed in this post. 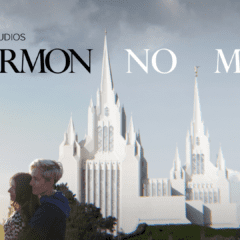