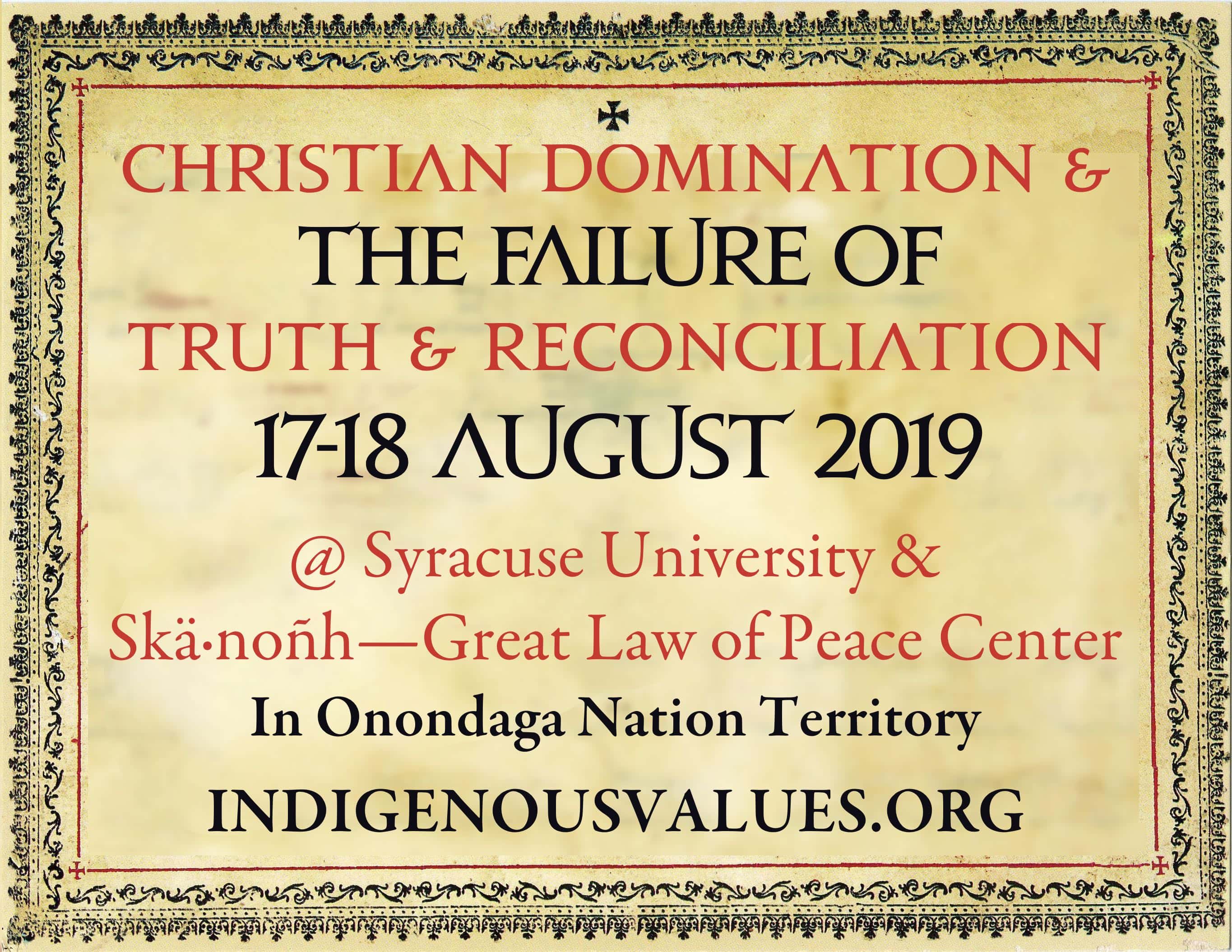 Dismantling the Doctrine of Discovery and confronting Christian hegemony are necessary for the transformation and healing of our world.

The Doctrine of Discovery is a set of Papal Bulls from the fifteenth century purported to give crown and church fee title to the lands of indigenous nations by declaring these inhabited lands to be terra nullius. Additionally, through fiat, these Papal Bulls granted the crown the "divine right" to “reduce any ‘Saracens’ (Muslims) and pagans and any other unbelievers to perpetual slavery” (Dum Diversas). The Doctrine of Discovery is the legal foundation cited by European Christians as giving them the “divine right” to disposes indigenous peoples of their lands on multiple continents. These documents legitimize the colonizing activities of European nations, particularly the right to enslave. The insidious legacy of the Doctrine of Discovery continues to hold legal power in the contemporary era. In 2005, Ruth Bader Ginsburg invoked it in her majority opinion for Sherrill v. Oneida. Canadian property law referenced it as recently as 2014. Russia’s invoked it when placing a flag at the Arctic Circle in 2007. It also appears in legal citations in both Australia and New Zealand.

The Doctrine of Discovery lives on not only through international law and national attempts to supersede the land rights of Indigenous Nations, but also through the Christian exceptionalism granted to the Roman Catholic Church and all Protestant Churches. Christians and their religious practices are seen as the defining religious template, therefore all other religions must argue for their legitimacy according to a Christian standard.

Canada’s attempts at “Truth and Reconciliation” fail because Canada is unwilling and unable to deal with the historical and present harms being done to indigenous nations and indigenous peoples. Settler colonial states like Canada and its allies (Australia, New Zealand, Russia, United States) reproduce the harm they claim to address every time they refuse to address Missing and Murdered Indigenous Women (#MMIW), acquit the murderers of indigenous peoples, ignore treaties, steal land, and continue to do harm.

Truth and Reconciliation also fails because Christian churches have not accounted for harmful past and present legacies. All churches in colonial states have benefited from the Doctrine of Discovery if they or their members own land. The President of the American Indian Law Alliance, Betty Lyons (Onondaga Nation, Snipe Clan) asks, “How do you own your mother?”

Learn more about the conference at https://indigenousvalues.org/christian-domination/