(RNS) — Just a few years ago, the church was battling the secular culture on controversial issues like abortion, homosexuality and religious freedom. Now, we within the church seem to be battling each other on these issues, more and more.

One doesn’t have to search far — or even search at all — to encounter a professing Christian who not only holds views that have long been considered outside the bounds of historic Christianity, but who will attempt to support such views from Scripture.

Furthermore, even believers who hold to the same views can arrive at those views from different hermeneutical approaches and apply their views in varying ways. 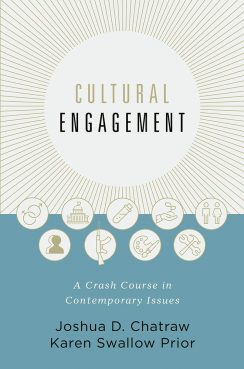 Within an increasingly secular culture, the task for Christians is becoming, more and more, discerning not only how to engage the culture outside the church, but engaging each other within.

That’s exactly what we set out to do in “Cultural Engagement: A Crash Course in Contemporary Issues”: examine opposing views side by side with views we believe to be more faithful, considering each thoughtfully, carefully and through the lens of Scripture and long-standing church teaching.

As longtime Christian apologists and educators, we have found that students (and not just students) are increasingly being won over by views that claim to be Christian and biblical — but we think are not. This is why our book is designed not only to teach and model how Christians can think biblically about issues that divide the culture — but also issues that are now dividing the church.

We know a few of the essays we’ve included will raise eyebrows — different essays for different eyebrows.

We understand why some Christians are nervous about giving revisionist voices a platform. We would be too — if such voices didn’t already have a platform.

In this book, we provide a platform to the faithful views that our students and so many others are failing to hear in the cacophony of voices the digital age has brought us. Because the fact is that those who hold to revisionist views have already won many in the church today.

This book takes on these views directly without hiding or caricaturing them. Students today are simply too smart (and too jaded) to fall for that. In fact, we are convinced that many younger Christians are leaving the faith because they have too often been told just what to believe — but not why or how.

We subscribe to the wisdom of the Puritan John Milton, who, in his 1644 argument against censorship by the church and the government, observed, “A man may be a heretic in the truth, and if he believe things only because his pastor says so, or the assembly so determines, without knowing other reason, though his belief be true, yet the very truth he holds becomes his heresy.”

By including some views we believe are gravely mistaken, we are not suggesting they are valid “Christian” options despite being held by people who profess Christ. Church history is rife with wrong teaching by believers — wrong on chattel slavery, domestic abuse and the right to vote, just to name a few. The task then as now is to test all human words through the lens of Scripture rather than to simply assume that received human wisdom is biblical truth.

One of the surprises in working on this book was the realization that much agreement can be found between evangelicals like us and contributors from Catholic, Eastern Orthodox and Anglican backgrounds — and that among evangelicals considerably divergent views and nuances exist. And to read this book is, we think, to shatter the myth you can predict someone’s position on a political party, issue or debate based on their denominational affiliation or religious identity.

The debate within this book and the one occurring within Christian circles today is: “What is the Christian approach to or view of a particular topic?” Some essays in the book written on the same topic are not mutually exclusive. Some carve out nuanced applications of Scripture on issues not directly addressed in the Bible. A few times an interpretation stands in conflict with what we as editors consider to be key tenets of historic Christianity. In these few cases we don’t treat these equally but rather make a distinction in how we frame and introduce the issue, stating in these sections what we believe to be the biblical parameters. This strategy is a wisdom call, and we know some will disagree, but we took this approach out of strong conviction based on what we see on the ground among our students and fellow believers.

Indeed, this book sits squarely within a long-standing genre of books by Christian publishers with multiple competing views, at times including some nontraditional views, on topics such as the veracity of Scripture, the reality of eternal judgment, the nature of the atonement, homosexuality and the historicity of Adam. No editor of any of these volumes could possibly agree with all the views in them — especially since they often contradict one another.

So while we don’t agree with every position represented in this book, we think it’s important to take views we oppose (as well as those we agree with) seriously enough to examine them alongside each other and, ultimately, through the lens of Scripture. Too many times we have seen young Christians brought up in the faith undergo a crisis of faith in part because they were never taught to engage certain views (or only caricatures of them) and then have to face them alone. This is why it’s wise for students to encounter these views alongside trusted guides to help them think through such views critically and biblically.

Before we start interacting with particular cultural issues, we need to slow down to reflect deeply on our cultural moment as well as on what the Bible teaches. But often, the impulse for us as evangelicals (all the way back to the movement’s beginnings in the early 18th century) is to try to fix things — both issues and people — even before we understand the problem.

Mark Noll has memorably characterized the tendency of evangelical Christians to prioritize activism and pragmatism as one “dominated by the urgencies of the moment” over the “broader or deeper intellectual efforts.” This activistic impulse is deeply embedded in the DNA of many of us with evangelical roots, and it partly explains why we tend to rush in to “engage culture” and ask questions later. Yet as Ken Myers has pointed out, the recent increased attention paid to “culture” has not necessarily led to the fixes we hoped for. Engaging with the right motives but without proper reflection often leads to disappointing and even dangerous results.

Nicholas Kristof recently chided his own liberal community for giving up on persuasion and simply attempting to shut down opposing views without actually engaging them.

“If you want to win an argument,” he said, “you have to allow the argument.” 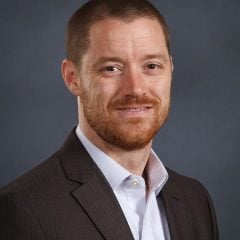 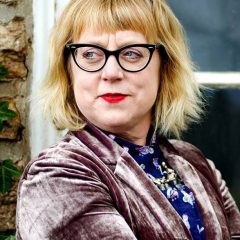 (Karen Swallow Prior is an award-winning professor of English at Liberty University. Joshua Chatraw is director of New City Fellows and resident theologian at Holy Trinity Anglican Church in Raleigh, North Carolina. They are the co-editors of “Cultural Engagement: A Crash Course in Contemporary Issues.” The views expressed in this commentary do not necessarily represent those of Religion News Service.)