(RNS) — The writer and moral philosopher Iris Murdoch would have turned 100 this week. One of the most celebrated names of 20th century British literature, the Booker Prize-winner is best known for her novels “The Sea, The Sea” and “Under the Net.” Fewer people know about Murdoch’s other career as an academic moral philosopher at Cambridge University.

In her novels and her academic work alike, Murdoch explored the potential of seeking the Good without a personal God. At once intensely, even obsessively, concerned with the pursuit of the morally good life and suspicious of what she saw as the illusory nature of organized religion, Murdoch demanded that her readers contend with a world that was at once secular and meaningful: one in which there was no certainty about the divine but in which there was a metaphysically real sense of right and wrong.

Comparing 19th century novels to 20th century ones, Murdoch famously wrote of the “great consoling power” of classic novelists like Dostoevsky and Balzac, who wrote within a paradigm where it was culturally assumed that God exists. “Even if he attacks (his society)” Murdoch comments, “his thought still moves within it like a fish in water.”

Meanwhile, she regarded the fiction of the 20th century, written in the wake of the so-called death of God, as either “existentialist” or “mystic,” recognizing nothing outside of the self and the self’s will. As far as religious truth goes, there was at best some world beyond the self that we do not yet understand.

For Murdoch, a sense of The Good — a moral perception of goodness beyond theology — had the potential to serve as our way forward.

Drawing on the philosophy of Plato, as well as the Christian writings of Simone Weil, Murdoch advocated for what she called “unselfing”: a radical turning of the self’s attention outward, onto the world. It’s an act both of truth — it allows one to see the world as it really is — and an act of love: “Love,” she writes in her novel “The Bell,” “is the extremely difficult realization that something other than oneself is real. Love, and so art and morals, is the discovery of reality.” A generation later, the stories that have captured millennials’ imaginations seem to be following Murdoch’s lead.

Millennials are far more likely than their elders to identify with moral relativism. About three-fourths of millennials say they agree with the statement that “Whatever is right for your life or works best for you is the only truth you can know.” Yet current television shows that depict and draw the millennial crowd such as “The Good Place” and “Fleabag” increasingly reveal our generation’s ambiguity about relativism, by exploring in its place the problem of goodness without God.

Both shows are secular in their theology — “The Good Place” plays its heaven-and-hell metaphysics strictly for laughs, while in “Fleabag” the heroine flirts with Catholicism (and a Catholic priest) only to find emotional self-sufficiency outside it. But the shows’ writers nevertheless examine the “follow your truth” relativism and moral freewheeling of millennial culture and ask aloud: “Is that all there is?”

The characters are vaguely aware that there is some sort of metaphysically real Good out there (heck, it’s in the title of “The Good Place”), even as they wrestle with the absence of theological narratives around it. And, in both shows, as in Murdoch’s writings, love — not simply romantic love, but true care for another person — becomes the mechanism of “unselfing.”

For all our cultural handwriting about millennial selfishness, more and more millennials are actively seeking modes of contemporary “unselfing.”

It’s possible, in fact, to see the rise of one of the most ubiquitous of millennial “civil religions” — social justice culture — as an attempt to transcend pure moral relativism.

Millennial social justice is thoroughly secular but is at the same time deeply concerned with universal moral truths and obligations. Millennials aim for the wholesale dismantling of social structures that they see as not merely relatively, but ontologically, evil.

Social justice culture pursues what it sees as a universal Good, even as it refuses to collapse that Goodness into a tradition that says good is determined by a deity. Certainly, social justice’s call to solidarity — and, in particular, to a self’s membership in marginalized identity categories — can be read as a new form of “unselfing”: countering secular notions of fully autonomous selves with a vision of the self-in-community.

What is checking one’s privilege, after all, as social justice mores dictate, but a form of “unselfing”?

One wonders what Murdoch would make of this latest attempt to find goodness without God. It’s a testament to her prescience as a writer that so many of us are trying. 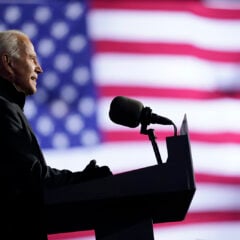 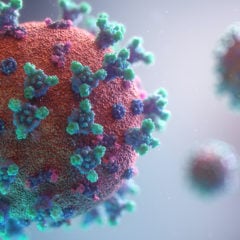 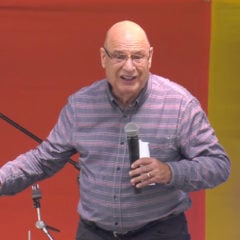