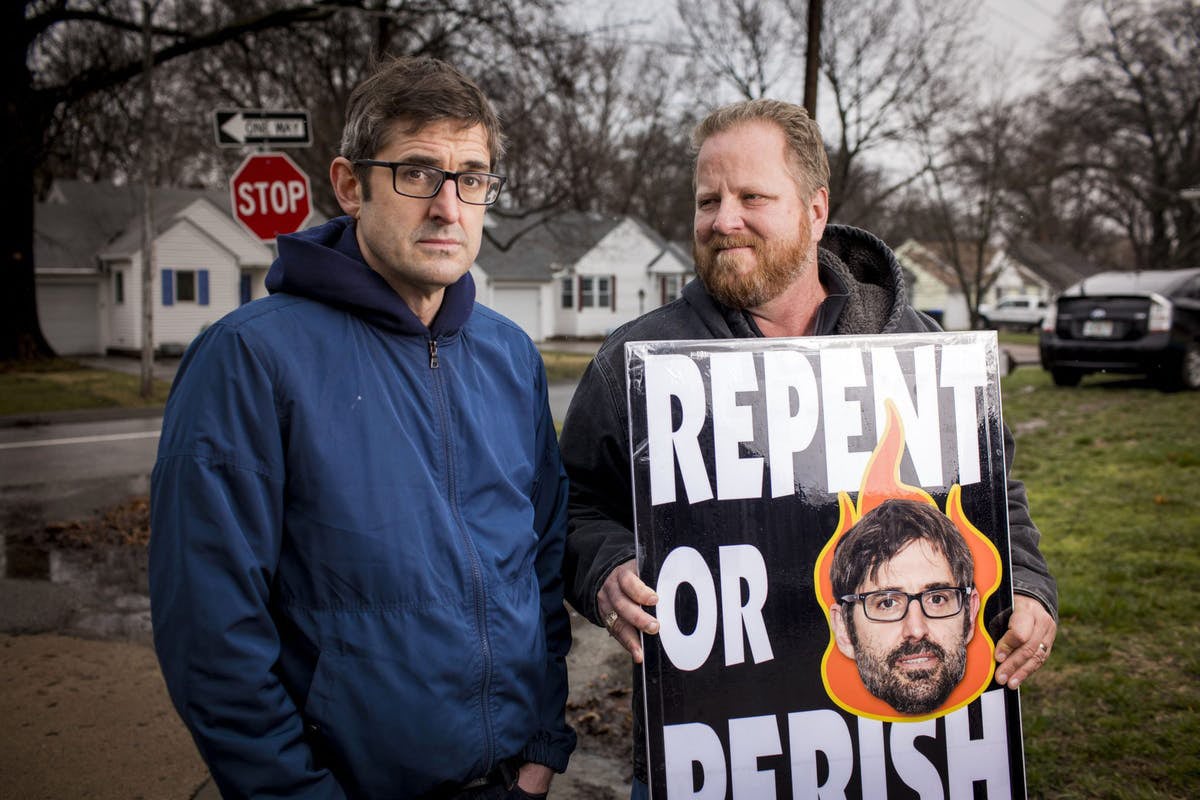 (RNS) — With his two previous “Most Hated Family” documentaries, the British-American journalist Louis Theroux has done as much as anyone in the past dozen years to raise the profile of the Westboro Baptist Church.

Earlier this month the BBC aired “Surviving America’s Most Hated Family,” Theroux’s third and latest film on the tiny Topeka, Kan., church that for years gained attention through its street preaching against gays and lesbians, Jews, Catholics, evangelicals, the U.S. military and others.

What brought Theroux back this time is his apparent curiosity about how the church has changed since the 2014 death of its founder, Fred Phelps Sr. For decades, Phelps was an intimidating, Bible-thumping, headlines-grabbing provocateur, and it’s easy to imagine that Phelps’ decline — when I interviewed him in 2010, he was already in poor health — and his eventual demise could have destabilized the church. Since then, too, the church had lost quite a few young adults, most notably Megan Phelps-Roper, Phelps’ granddaughter, who walked away from the tight-knit community in 2012. She now campaigns to change it from the outside, and Theroux tries to turn her into a case study of surviving a dynamic that is as controversial as Phelps’ ministry.

The problem with “Surviving” is that the film spends more time gawking at WBC’s trademark street preaching and little time acquainting us with what most onlookers never see: churchgoers’ actual lives and ideas. The film rarely takes viewers beyond the church’s familiar posters by delving into their communal discussions or showing the impact of the protests on members’ personal lives.

You may ask, who cares about the inner lives of those portrayed by the media as bigots and crazies? Well, Megan Phelps-Roper, for one. Virtually shunned since leaving the church, Phelps-Roper yearns for her relatives to join her by rethinking their ideas. Theroux captures Megan’s anguish in tender moments and even, in the film’s most troubling scene, appears to deliberately trigger her pain.

In her public advocacy on Westboro Baptist Church, Megan has encouraged outsiders to have “real conversations” with her kin. Encounters that assume good faith, she said in a compelling TED talk, could win over family.

We watch, however, as Theroux takes Megan’s side as a champion of causes, a journalistic advocate, only to condemn the Westboro Baptists time and again, often to their faces, leaving little conversational space. Why frame the film around Megan’s surviving trauma without showing the nuanced portrait of her former church that she evidently desires?

Instead, Theroux is more interested in building solidarity with his audience against a mythic enemy. Pastor Fred Phelps Sr. of Topeka, Kan., looks to the sky as he wields placards protesting homosexuality outside the Albany County Courthouse in Laramie, Wyo., on April 5, 1999, where one of the defendants in the beating murder of a gay University of Wyoming student, Matthew Shepard, stood trial. (AP Photo/David Zalubowski)

What’s clear from my research is that this “enemy” is more than surviving – it is emerging from a complicated history under the leadership of Phelps, an adversarial Calvinist who was both a civil rights litigator and a harsh anti-gay protester. I don’t excuse the pain felt by the targets of his pickets but I have tried to understand his motives and his followers, for whom Phelps’ unrelenting message of “God hates” is held up as a kind of tough love.

Theroux looks in the right places to discover a deeper story about Westboro Baptists. He unwittingly turns over one clue after another — he attends their pickets, hears a sermon, meets newcomers and their new leadership, even uncovers a few upcoming marriages within their small, besieged community — but he never quite pieces together a coherent portrayal of the church. Despite his title, he never gets close to answering how the group has survived the tensions Phelps fostered.

“Surviving” deserves credit for showing viewers the frailty and humanness inside Westboro Baptist at least once. Theroux asks Shirley Phelps-Roper, Megan’s mother, to talk about losing children from the church. As he listens patiently, Phelps-Roper chokes up and shows how it pains her as a mother. It is effective filmmaking.

Yet, abruptly, Theroux’s narration immediately calls Shirley a “self-created victim of the hate she had sowed.”

Theroux misses the point. Shirley’s pain is no different — and no more about “hate” — than that shared by parents of nonbelieving children shunned by other insular religious groups, such as Amish Christians or ultra-Orthodox Jews.

This standout moment with Shirley is also one of the few in-depth interactions Theroux seems to have had with members, whom we see chiefly in the midst of their picketing ministry. For sure, this adds to the film’s energy, but it shows us little of the inner world of a community with uncompromising norms.

The few exceptions are Theroux’s chats with Jael (Phelps) Holroyd, who talks to him so warily about her British husband that the filmmaker teases her gently. We get the impression that Holroyd has nothing to say. But I’ve had extended conversations with Jael, on film (above), about the church’s empathy toward outsiders. She doesn’t mind speaking earnestly and emotionally about struggling with her doctrinal commitments.

Megan’s brother Sam Phelps is also shown in a combative, rather unproductive exchange with Theroux. Yet in my research I’ve known Sam to show other sides of himself and his Christian ethics when given a chance.

As “Surviving” winds down, Theroux concludes that the church has “slightly diluted” its message, implying that this has helped WBC attract new members to make up for those who have left. In fact, there is clear evidence that Westboro Baptists have been strategically refashioning their message, rebranding their website and modifying their picket signs to include more about, for instance, Jesus and love. The church’s eight elders (not seven, as Theroux reports) have also profoundly changed its internal discourse.

“Surviving” captures this dynamic as congregants read along with a sermon on Christian life by Ben Phelps, a grandson of the founder, who talks about being charitable. It is patently unlike the jeremiads of Fred Phelps shown earlier in the film. Theroux allows that “the message of the sermon has mellowed.”

But Theroux misses how important this shift in the language of Westboro’s sermons is. My analysis of 600 WBC sermons from the past 15 years shows how talk about hate and wrath have declined in sermons since Fred Phelps died and love and mercy terms have increased significantly. Any discussion of how the community has set about surviving needs to start here.

One can hardly fault Theroux for not analyzing sermons or listening to Westboro Baptists talk about Scripture. After all, as church elder Steve Drain told my students, it is boring for nonbelievers to converse with people “who love and fear the Lord.” But glossing over the changes at Westboro leads Theroux to misunderstand how well the church is surviving. In a magazine interview, Theroux even predicts that Westboro Baptist Church will shrink.

As of now, Westboro Baptist’s membership has increased by 40% in the past five years. Westboro Baptist is still a tiny church, with 43 members in 2013, according to its reports to state authorities, and 61 members as of 2018. Yet the changes afoot, from its public preaching to its sermons, from new recruits to marriages among members, signal that it is alive and well and thriving in Topeka.

(Hillel Gray is an assistant teaching professor in comparative religion, with a project on “Empathy and the Religious ‘Enemy,'” at Miami University of Ohio. The views expressed in this commentary do not necessarily represent those of Religion News Service.) 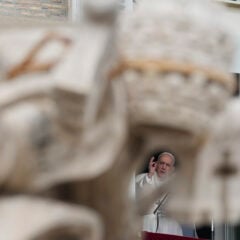 Religion Hub
Pope to UN conference: Don’t waste chance to save the planet 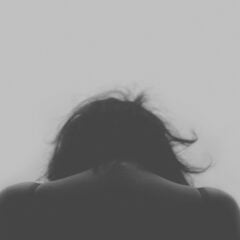 Opinion
Breaking the silence: Clergy address pandemic’s surge in domestic violence
Follow us on Facebook!
Submit your photos to RNS