(RNS) — There’s a voice message that I can’t erase off of my cellphone. It’s about 3 years old, from my friend Don out in Washington.

Don had been a hard-driving businessman in his younger years. He spent the later years of his life doing good works around the globe: reconciliation meetings in the post-war Balkans, relief work in North Korea and in China, and closer to home, supporting a prison ministry near his hometown of Seattle.

We’d met at a church breakfast, where he was the speaker, and I later spent a few days with him and his wife for a magazine profile.

In the years since, we’d kept in touch – sometimes to talk about a new project or something in the news that bugged him.

I called back. He didn’t pick up. We never did connect. A few months later, I got the news that cancer had taken his life.

I hold on to that voicemail, hoping someday I’ll get that callback.

Don’s call came back to mind this week when I heard that Rob Moll had died.

Rob, 41, an editor and writer, had been hiking Mount Rainer, his favorite place in the world, when he died in an accident. He leaves behind his wife and four children.

I don’t have voicemails from Rob. But I have emails and Facebook messages and many fond memories. 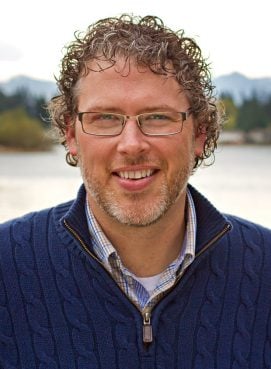 Rob edited some of my stories for Christianity Today, where he worked for years as an editor and writer. Later, I worked on a project for him after he left CT — a project we discussed for a few hours over beers at a professional conference, a memory I cherish.

Last time we spoke, I’d asked him to write a piece about how clergy can talk to their people about their own mortality. He said he’d love to, but said, “I need a little time.”

Death was a subject he’d thought about for years. Rob had spent time as a hospice volunteer, an experience that led him to write “The Art of Dying,” a book about spirituality and the end of life. He wrote about how death has disappeared in modern life. Or at least, any conversation about our own mortality and the fleeting nature of life.

Death has moved from the home into the hospital, and medical professionals have taken over much of the care of the deathly ill. And we have lost track of it. “These changes allowed patients to survive — at least temporarily — diseases that would have killed them. But through this exchange, we forgot what death looks like, and we lost something,” Rob wrote.

There are so many other things that take our attention. So much noise. So many tweets and viral videos and Facebook feuds. So many worries. So much time spent on our phones, checking our statuses. So much to do. So little time to think about the end of life.

And then one of our friends is gone and death takes over. All the noise grinds to a halt. All the busyness is over.

For a short while, we remember about death. That we are all terminal. We remember that most of the noise in life is about trivial things and that the time we have with friends is precious and all so short.

Then we forget again. Some years ago, Rob was asked how a congregation should respond when one of its members is given a terminal diagnosis. In response, he wrote about the importance of letting go. “Saying goodbye requires a willingness to die. One cannot be ready to enter eternity while fighting tooth and nail to keep out of it,” he wrote.

Rob said that being willing to die was different than accepting death. He did not want to make friends with death. Instead, he called it the “final evil” — which he, as a Christian, was willing to endure.

“We need not accept death; it is evil,” he wrote. “But, when God calls us home, we do need to be willing, like Jesus in the garden, to take the cup given to us.”

It’s a lovely answer. I hate it. The letting go part, at least.

Rob’s death came on the heels of news that a beloved friend is dying of cancer – someone I do not want to let go of. Cancer took another friend last year and may soon take a third.

And more will come, I am sure. Death is relentless that way.

My friend who is dying has started to make a list of things she no longer has time for. When something on her list comes up, she says no to it. She wants to spend the time she has left on the things that matter to her. And she is willing to die – though in no rush.

I will have to learn how to let go of her, and Rob and all the people I love and who matter.

For now, I’ll hang on to what we have. Some voicemails and emails and conversations and fond memories.

My friend Don never did say goodbye. “I’d love to hear from you,” he said. “Take care.”