(RNS) — This weekend, I was in New Jersey with my wife and girls to celebrate my dear uncle’s 80th birthday. It was a massive family reunion for us, where cousins of mine from all over the country came together.

At one point, my 3-year-old asked one of her older cousins who was wearing a traditional Punjabi kurta pajama, “Why are you wearing funny clothes?”

The irony wasn’t lost on her cousin, who quickly pointed out that she was wearing a Punjabi salvaar kameez.

My daughter didn’t get his point, though. She just wasn’t used to seeing boys his age dressed as he was.

Her comment surprised me. She sees people dressed in Punjabi clothes at gurdwara every week. Still, she found her cousin’s clothes as something out of place.

What doesn’t make sense is how a case of someone wearing clothes that are different leads to violence. Unfortunately, we’ve seen three such attacks recently.

A Hindu priest in New York’s Queens borough was beaten by a man yelling “This is my neighborhood.” Swami Ji Harish Changer Puri, 62, was wearing Hindu priestly attire when the man struck him with an umbrella and punched him repeatedly. 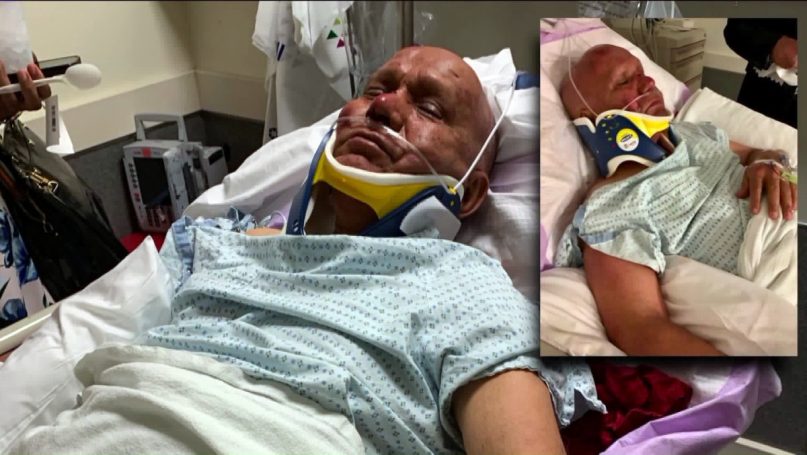 Swami Ji Harish Changer Puri lies in the hospital after being attacked on July 18, 2019. Video screenshot via Pix11

A man broke into a gurdwara in Modesto, Calif., and assaulted an elderly Sikh community leader. Amarjit Singh, who lives on the premises, said the man punched him while shouting obscenities and telling him to “Go back! Go back!”

In Baltimore, three individuals brutally beat a 59-year-old Muslim man crossing the street. Surveillance footage captured his assailants knocking off his religious headwear, pushing him to the ground and punching and kicking him repeatedly.

There is much that ties these three incidents together: the age, gender and brown skin of the victims, the vitriolic animus of the attackers, the coinciding of these attacks with the U.S. president’s inflammatory rhetoric.

In each of these attacks, an elderly man was wearing clothing that marked him as “the other” in the eyes of the attackers. The Hindu priest in his religious robes. The Sikh gyani with his turban and long beard. The Muslim man’s cultural clothing and head covering.

It’s not just their skin color that made them seem foreign. What they were wearing also made them a target for attacks.

Unlike my daughter, who simply saw her cousin’s clothes as unusual, the attackers in these cases saw the clothing as a threat.

The functions became part of the process of othering. It is one of many components that someone might use to stereotype someone. It’s likely part of what happened in the unfortunate incidents of last week.

This is a good example of how racialization works.

It’s not just about skin color, as many of us would likely assume. Racialization can incorporate other aspects of physical identifiers, such as what language people are speaking or what they are wearing. 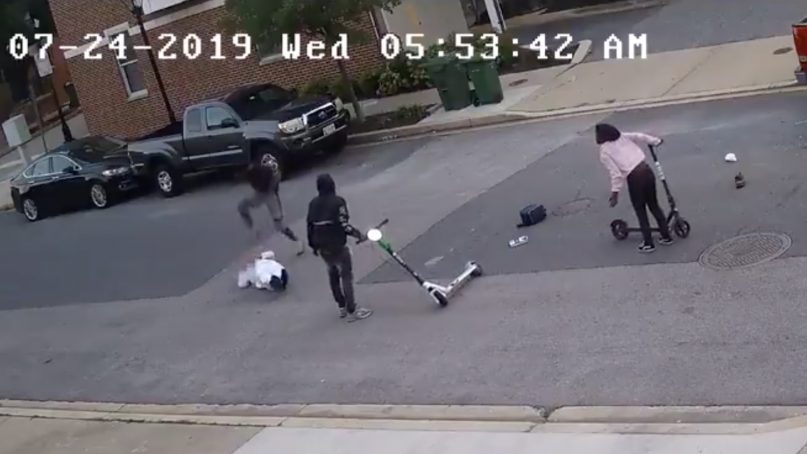 In my scholarship, I have analyzed statements from those explaining or justifying the hate they’ve perpetrated as a way to demonstrate this.

And although we don’t yet have enough to understand the motivations or psychologies of the assailants in the incidents of last week, it would not be surprising if we learned they were perceived and treated as the other at least in part because of how they were dressed.

This is not a stretch.

It goes without saying that I think this is wrong. Most kind-hearted people would think the same.

Based on what I’ve seen, it’s usually only those who buy in to the fear-mongering of our politicians who insist that people who move into this country must assimilate by adopting Western clothing. I encounter arguments like this while scouring white nationalist message boards for my research – but I find that most people believe everyone should have the freedom to dress as they wish.

So what is to be done about the ways in which cultural clothing is racialized and used as a marker for hate? I don’t have a satisfying answer to this larger problem, but there is a practice that I have adopted as my own resistance.

About a year ago, I announced that, in addition to my turban and beard, I’m going to start wearing cultural attire more regularly in public.

No longer am I limiting it to events where it seems “appropriate” (e.g., gurdwara, multicultural programs). I want to wear my kurta pajama while walking on the streets of Texas or in New York City.

Yes, it might attract a bit of unwanted attention, and yes, it might make me slightly more susceptible to hate.

But in my mind, that’s just a small thing I can do to combat the xenophobia creeping up all around us.

It gives me some satisfaction, however tiny, to feel like this is my own act of resistance.