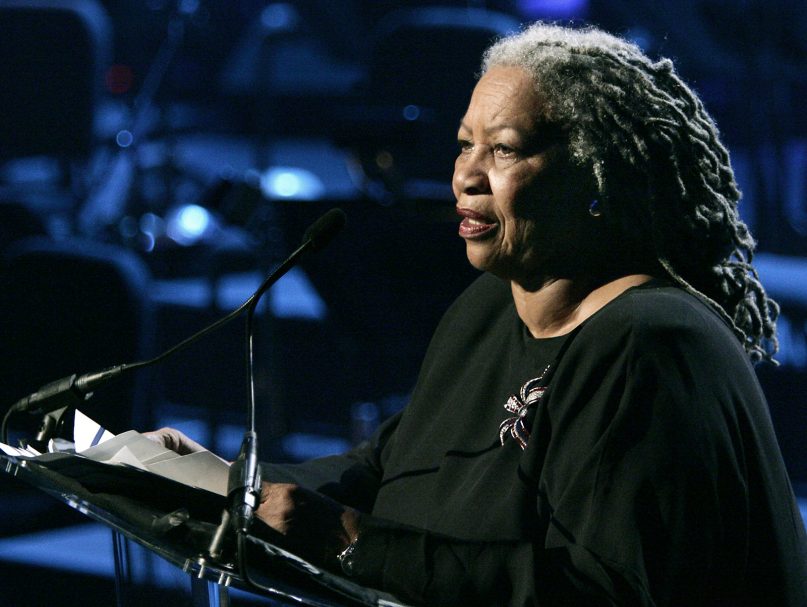 (RNS) — Amid the obituaries and tributes for novelist Toni Morrison, who died this week at age 88; of all the shared emails, texts and calls with friends and present and former students, as I sat with my own grief at the news, one remark of Morrison’s continued to resonate. In a 2015 interview in Essence magazine, she told the story of once being asked on stage how she wanted to be remembered. Morrison said she replied, “I would like to be remembered as trustworthy; as generous.”

At this point an audience member challenged her. “What are you talking about?” a young black woman called out. “You are a famous writer and you want to be remembered as trustworthy?”

Morrison went on to explain to the incredulous audience members that they were thinking of her public self, while Morrison was thinking about how she wanted her family to remember her. “That other thing is all well and good. But there is Toni Morrison and there is Chloe (her birth name). Chloe is not interested in those things.”

This captures for me why Morrison was and remains a powerful influence for so many of us who traffic in religious circles, professionally and personally. Her trustworthiness came through — when you read her words, be it in an essay or a novel, she conveyed the comforting and the uncomfortable truths of making one’s way in a world that harbors ill will against darker-skinned folk, and women-identified folk, and poor folk in radically systematic and relentless ways. 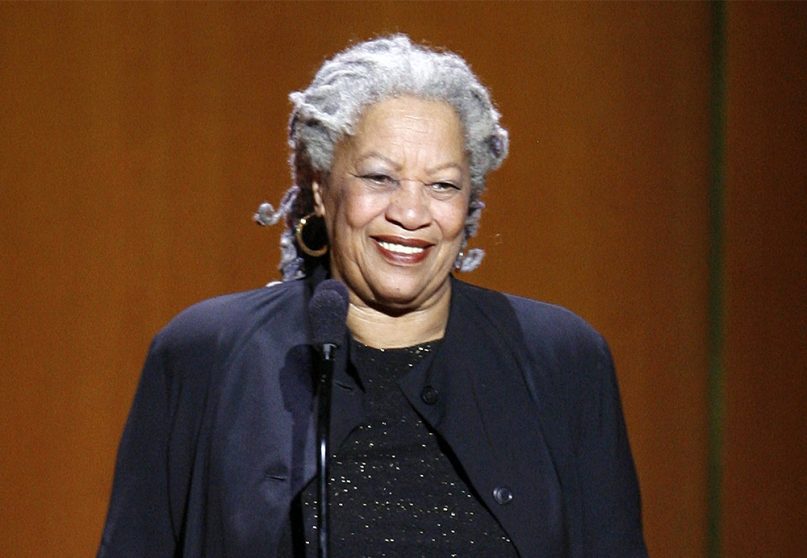 She did not absolve her readers from our participation in this deadly spectacle. She held us all responsible for the world we have made and are making. But she insisted that we realize the specific ways in which we participate in it. In my own work, I have been deeply influenced by the mirrors Morrison hands me to look both within and beyond myself.

She did not write utopian visions, then, but held out the possibility that we can be better than we are as individuals and as a nation. If we lived into these possibilities, she implied, perhaps we might find a bit of utopian hope.

She never made reading her easy. One does not rush through her words, and if we are wise, we return to them over time to mine new insights. In this her words function like scripture — truths are there, complex truths that cannot be understood with a soundbite mentality. One must sit with them and the stories she is telling and the insights she is offering. Perhaps there are moments that become holy in doing so.

But what Morrison taught me above all is that the holy is both radically immanent and transcendent. In too much of our religious and theological thought we only focus on the transcendent — at our own peril. What we must also concentrate on is the immanent dimensions of the holy for this is where we sit as living, breathing flesh. This is where we live out the drama of our humanness.

When this drama focuses on black lives, as Morrison did, unapologetically and proudly, we have the tremendous opportunity to know ourselves better in the rich diversity of blackness, and for those who are not black or brown to get a more accurate picture of black lives that matter, and the ways in which we help form the rich tapestry of creation.

With Morrison, we are reminded that we are our stories. When we do not tell them, listen to them, appreciate them and learn from them, we are all poorer souls.

(Emilie M. Townes is dean and the E. Rhodes and Leona B. Carpenter Professor of Womanist Ethics and Society at Vanderbilt University’s Divinity School. The views expressed in this commentary do not necessarily represent those of Religion News Service.) 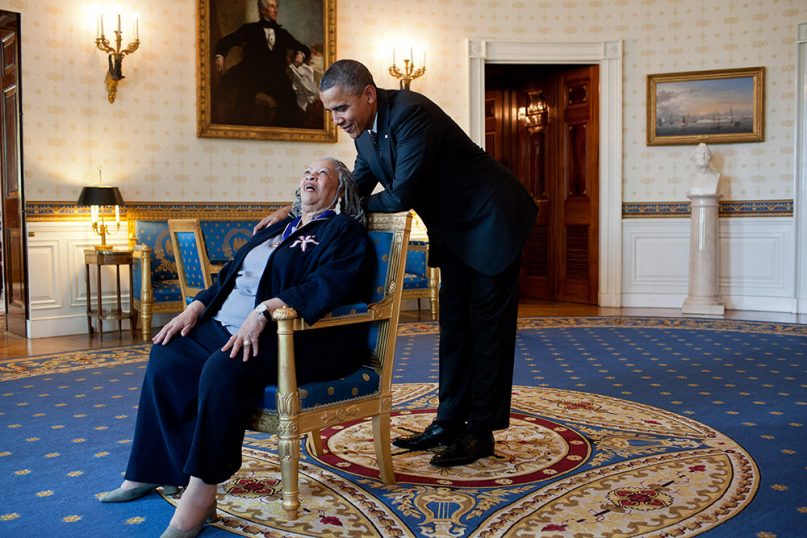 President Obama listens to Presidential Medal of Freedom recipient Toni Morrison in the Blue Room of the White House, on May 29, 2012. (Official White House Photo by Pete Souza)

News
Bob Abernethy, host and founder of ‘Religion & Ethics NewsWeekly,’ dies at 93
Follow us on Facebook!
Submit your photos to RNS