MILWAUKEE (RNS) — A new social statement from the Evangelical Lutheran Church in America labels patriarchy and sexism as sins and acknowledges the church’s complicity in them.

The social statement — titled “Faith, Sexism, and Justice: A Call to Action” — was approved by the ELCA’s Churchwide Assembly with 97% of the vote Friday morning (Aug. 9) on the last full day of the denomination’s triennial meeting at the Wisconsin Center in Milwaukee.

Afterward, the assembly rose in a standing ovation and sang “Canticle of the Turning,” with the lyrics, “Wipe away all tears,/ For the dawn draws near,/ And the world is about to turn.”

And the Rev. April Larson, the first woman bishop in the ELCA, spoke about the changes she has seen in the church in the 50 years since Lutherans began ordaining women in the United States.

“What a time. What a day for me to be here with you, and I’m so thankful to God and to our wonderful church,” Larson said.

“We are changing. We are being made new. God is busy with us.” The social statement, which focuses on issues related to justice for women, is seven years in the making.

When the task force that created it started its work, “women’s justice issues were not dominant news,” said Bishop Viviane Thomas-Breitfeld of the South-Central Synod of Wisconsin.

That changed in recent years, as the #MeToo and #TimesUp movements have drawn attention to sexism and violence toward women, said Thomas-Breitfeld, who co-chaired the task force on women and justice.

“It seems that our work flourished in the sweet spot of the shifting societal awareness,” she said.

For the mainline Lutheran denomination, social statements like the one on women and justice are teaching and policy documents that provide a framework for members to think about and discuss social issues.

This is the 13th social statement adopted by the ELCA. Others include topics like race, ethnicity and culture; caring for creation; and human sexuality.

The 2009 ELCA Churchwide Assembly called for the denomination to write the latest statement, said Mary Streufert, director of the ELCA’s Justice for Women program.

“The thoughtful foresight of the church to precede #MeToo — it’s quite stunning to know that there is this proactive work as opposed to reactive work,” Streufert said. 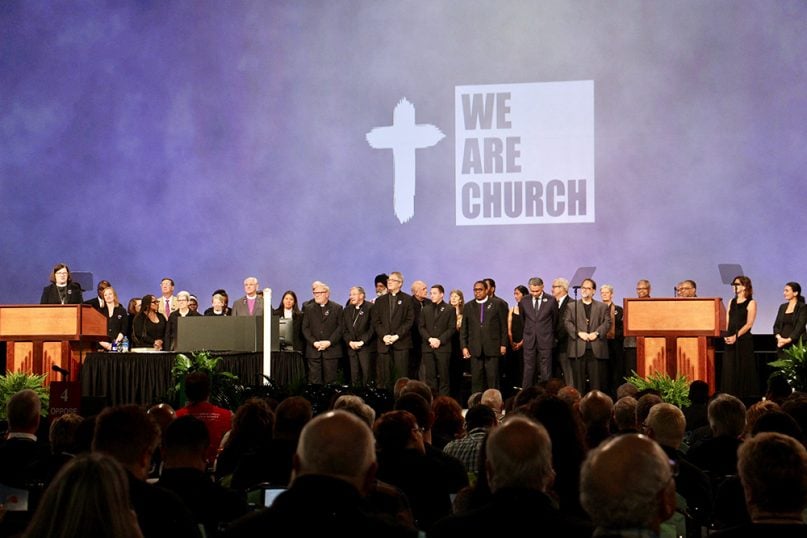 She said the statement offers an alternative way for the country to see Christianity’s view of women. That’s needed, she said, at a time when “the predominant Christian way to talk about gender puts men and women in a hierarchy.”

A specially created task force consulted with experts both inside and outside the church about topics related to justice for women. Task force members also listened to fellow Lutherans about what they hoped the statement would express, Streufert said.

Most of the feedback the task force received was positive, according to the director.

She said that at least one retiring bishop told her, “I’ve been waiting all my life for the church to say something like this.”

And task force member Bethany Fayard of the Southeastern Synod said she heard from a number of teens at an ELCA youth gathering about their experiences of bullying and sexual assault.

“Many came back multiple times because they felt like we were listening and that this church stands with them,” Fayard said.

“This social statement is a declaration by the ELCA that we stand with all women. Here I stand. Let us stand together.”

Fayard identified herself as a survivor of sexual assault in a different denomination. But it’s not just survivors of gender-based violence who are harmed by patriarchy, she said.

“For too long, women and girls haven’t been able to see God’s reflection in ourselves,” she said. 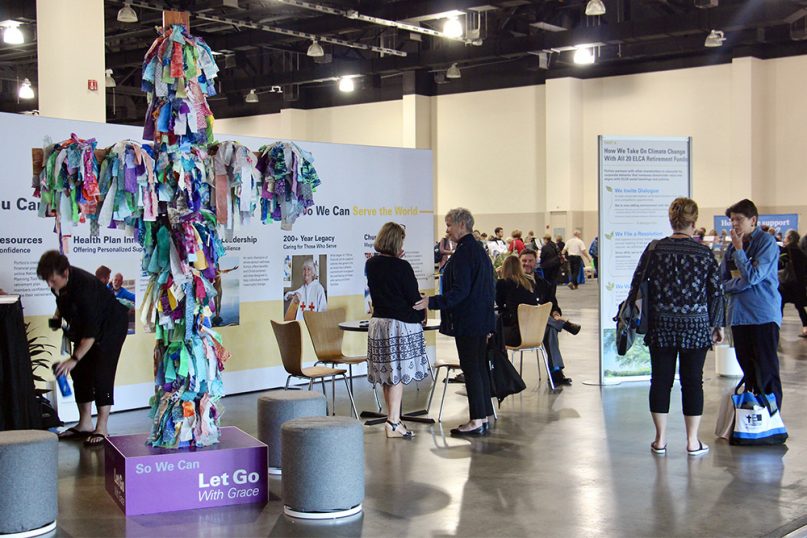 Attendees mingle between sessions during the ELCA Churchwide Assembly in Milwaukee, Wis., on Aug. 8, 2019. RNS photo by Emily McFarlan Miller

Serving on the task force challenged some of the preconceived notions held by William Rodriguez of the Florida-Bahamas Synod, he said.

Rodriguez — who teaches ethics, Christian ethics, theories of justice, Africana philosophy and philosophy of religion at Bethune-Cookman University — said his eyes were opened to some of the ways men interact with women that he never had thought about.

That includes telling women to smile or complimenting women’s appearances — things men don’t say to other men, he said.

He also began to notice little ways he treated his son and daughter differently.

“Through the process, I learned so much,” Rodriguez said.

Thomas-Breitfeld, the bishop who co-chaired the task force, said task force members drew from a biblical understanding that God desires “abundant life for all.”

“From the beginning, we wanted to signal that this issue is not only about women. The reason for this work was about all of us,” she said.

The statement on women and justice isn’t meant to sit on a shelf, Thomas-Breitfeld said. 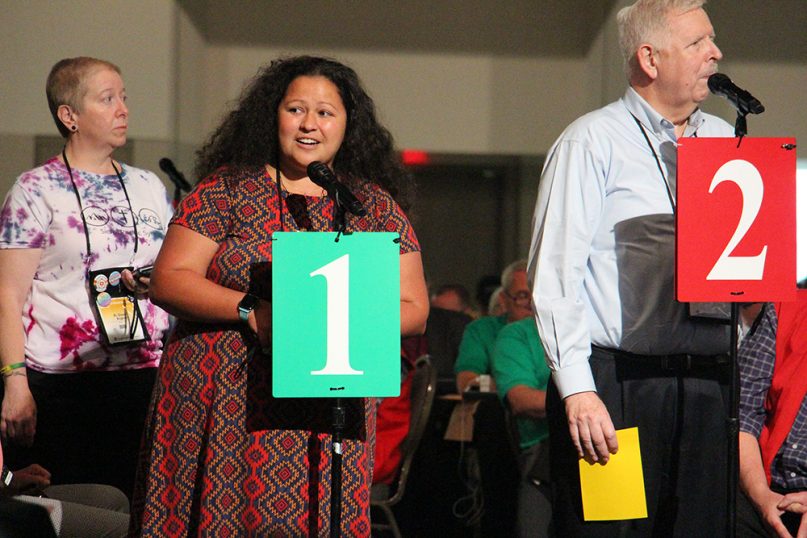 It calls on the ELCA to act to end gender-based violence, to encourage women and girls to pursue ministry and leadership roles in their congregations, to use “gender-inclusive and expansive” language for God and to address inequities in pay and hiring both inside and outside the church.

“We are not able to make the world perfect, but, my siblings, we are called to serve the world in love, including through implementing resolutions that keep us accountable as a church together,” Thomas-Breitfeld said.

RELATED: 5 things to watch at the ELCA Churchwide Assembly

With more than 3.3 million baptized members, the ELCA is one of the largest Protestant Christian denominations in the United States. Its churchwide assembly includes 927 voting members from more than 9,100 congregations across the U.S. and the Caribbean.

Other actions that were approved by the Churchwide Assembly as of Friday morning include: 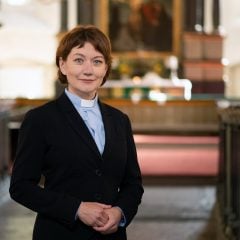 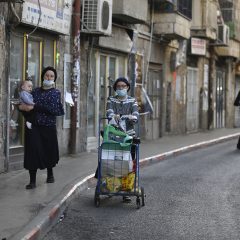