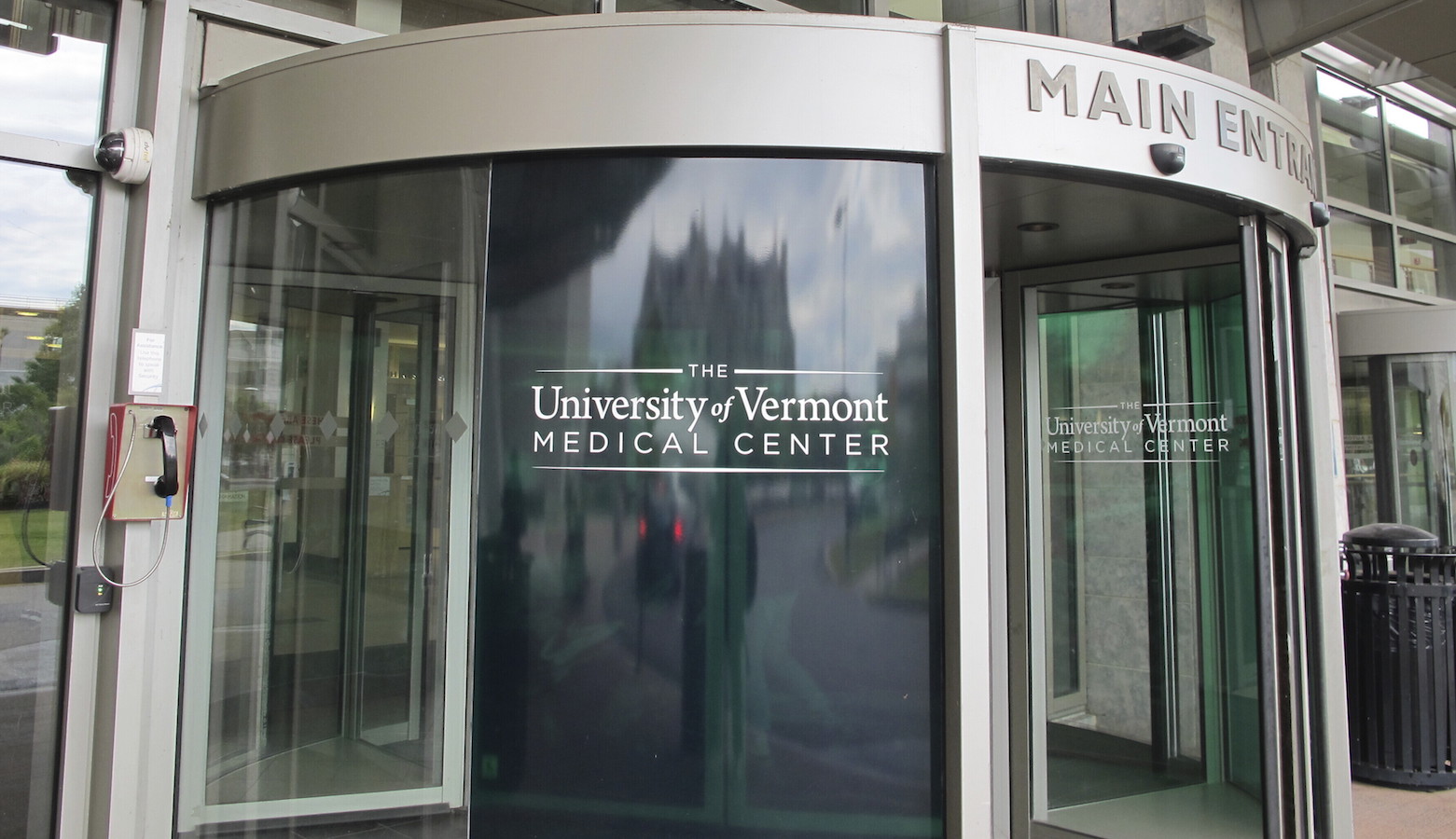 The main entrance to the University of Vermont Medical Center in Burlington, shown on Aug. 28, 2019. A federal agency says Vermont's largest hospital required a nurse to participate in an abortion over her moral objections.(AP Photo/Lisa Rathke)
August 28, 2019
Wilson Ring

The University of Vermont Medical Center in Burlington could lose some federal funding if the two parties cannot agree within 30 days on the hospital's policies on employee participation in abortions, the Office for Civil Rights of the U.S. Department of Health and Human Services announced.

The nurse believed she would be participating in a procedure after a patient had suffered a miscarriage, office Director Roger Severino told reporters on a conference call. Instead, he said, she was told "'Please don't hate me' by the doctor" when it became clear it was an abortion.

The nurse asked to be relieved during what Severino described as an elective abortion and was told no. Faced with the prospect of losing her job, Severino said, "she relented and has been traumatized ever since."

The abortion took place in 2017, and the nurse filed a complaint with the civil rights office in May 2018. A subsequent investigation by the office "uncovered serious discrimination by UVMMC against nurses and staff who cannot, in good conscience, assist in elective abortion" in violation of federal laws known as Church amendments.

In a statement, the hospital said it was disappointed by the action of the civil rights office.

"The University of Vermont Medical Center has robust, formal protections that strike the appropriate and legal balance between supporting our employees' religious, ethical and cultural beliefs, and making sure our patients are not denied access to safe and legal abortion," the hospital said. "These protections cover initiation and cessation of life support, organ transplant, sterilization, and termination of pregnancy."

Susan Berke Fogel, a leader of the National Health Law Program, which advocates for reproductive health, said the Vermont case is missing details of what the nurse was being asked to do. The Health and Human Services Department, she said, has been expanding the definition of what it means to assist in abortion procedures.

They are definitely highlighting and putting forward cases that will achieve that goal that anybody can refuse to participate in anything," she said. "And surely, the long-term goal is to get hospitals and other systems to stop providing abortions and gender-affirming care."

The nurse, who declined to be named publicly, no longer works at the university hospital, said her lawyer, Francis Manion, a senior counsel at the American Center for Law and Justice, which works to "defend the rights of conscience of pro-life health care workers."

Federal laws protecting the rights of health workers who object to participating in abortions and some other procedures have been on the books for years. But religious conservatives who form a key part of President Trump's base have long complained they were not enforced.

Setting up the Health and Human Services "conscience office" last year was among a series of administration actions to address long-standing priorities of religious and social conservatives, who are key to Trump's 2020 reelection campaign.

A new rule banning federally funded family planning clinics from referring women for abortions has led Planned Parenthood and other providers to leave the government program that provides for the funding. Another rule, not yet final, would revoke sex discrimination protections for transgender people in health care.

The civil rights office is mainly known for handling privacy violations. Severino said the Vermont case was the third enforcement action since the launch of the new division last year.

The other two involved pregnancy resource centers, one in California and one in Hawaii, that he said were discriminated against because they refused to make abortion referrals.

Before Trump's election, Severino said, the civil rights office averaged 1.25 conscience complaints a year. "Now we are in the hundreds of complaints," he said.

The Vermont Legislature this year passed a law, signed by Republican Gov. Phil Scott, ensuring a woman's access to abortion. The Legislature also took the first step in a years-long process to amend the state constitution to achieve the same goal.
___
(Associated Press writer Ricardo Alonso-Zaldivar in Washington contributed to this report.)