VATICAN CITY (RNS) — The images of fires destroying wide swaths of Amazon forest this summer have added urgency to preparations for a major October summit of Catholic bishops on faith, sustainability and development in the vast river basin.

It has put further pressure on the meeting’s organizers “to do it right,” according to one adviser on the Synod for the Pan-Amazon Region. 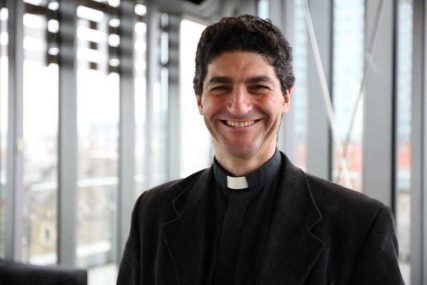 “About 500 years ago we went to the Amazon in the name of Christ, we were the colonizers, we were the ones destroying nature and indigenous culture,” said the Rev. Augusto Zampini, an Argentine theologian who is laying the groundwork for the Oct. 6-27 meeting, in an interview with Religion News Service.

“Now, Catholic communities are the best champions of human rights,  for the entire community and for the protection of the environment of the entire region,” he said.

Though the church has called synods on single topics before, Pope Francis has given a significant boost to the practice by inaugurating one every year of his papacy so far, aiming to promote a spirit of communication, collegiality and inclusivity.

But the synods have sometimes proceeded by trial and error. Past synods have taken on massive topics, such as the family and young people or the church life of entire continents. They have often resulted in tepid conclusions and watered-down documents.

“Although the repercussions are global, the synod is focused on a particular region,” Zampini, who works at the Vatican Department for Integral Human Development, said. “This is what makes this synod unique.”

Over the last year, the Vatican has collected a vast amount of information from some 87,000 researchers, clergy and other collaborators in the nine countries that encompass the Amazon forest — Venezuela, Brazil, Bolivia, Ecuador, Surinam, Guyana, Peru, Colombia and French Guyana, all of which are majority Catholic.

The data and testimony they gathered has been compiled in a preparatory document, Instrumentum Laboris, currently being reviewed by bishops from the Amazon, and will inform the discussions at the synod.

Despite the diverse, and sometimes hostile, leadership in the Amazon countries, particularly in Brazil, Venezuela and Bolivia, the Vatican had to gather on-the-ground data through its priests, religious sisters and brothers, missionaries and the local Catholic faithful.

“It was so refreshing, inspiring and moving, because we heard all the direct voices from the people, indigenous and not,” Zampini said.

Only Brazil was initially opposed to the Vatican’s inquiries, and though the government’s concerns were quickly allayed, Zampini said “political repercussions” were still possible.

Zampini emphasized that the synod “is not a political battle against the president of Brazil,” but instead represents a choice by the church “to position itself on the side of protecting life, God’s creation and peoples while trying to call for a reasonable model of development that is integral, inclusive and ecological.”

Indeed, what the Vatican has found, said the theologian, is that “the problems tied to the territory are similar.”

“Regardless of the political leadership of the country, the administration of the Amazon is based on a global morality of overexploiting nature, disregarding biodiversity, disregarding the fact that the Amazon absorbes an enormous amount of carbon dioxide,” he said, pointing to the current blazes in the Amazon forest as an example of the “powerful consequences of the words used by political leaders.”

“If a leader of a country says we need to exploit the Amazon, while everybody in the world is saying we need to stop exploiting the Amazon, it encourages local farmers to say, ‘Who cares what United Nations, indigenous peoples and the church have to say?’”

Indigenous communities have also questioned the church’s motives. “There was criticism that the church should be more proactive, more prophetic and should stop playing with the neo-colonizers,” Zampini said.

“This is a unique opportunity for the church to detach herself from colonization and really attach to the option for the poor,” he added.

Controlling the message of the synod may be the hardest task ahead. In past summits, the bishops’ credibility has been undermined by competing storylines, as happened at the synod on the family in 2014-15, which was overtaken by discussions about Pope Francis’ suggestion that Communion could be offered to divorced and remarried Catholics. The synod on young people last year was drowned out in part by a reckoning on the church’s track record of protecting minors.

The upcoming synod risks the same kind of distraction in the question of allowing married priests. Catholic communities in the Amazon are shrinking due to a shortage of priests, leaving the faithful there to attend Mass and receive Communion once or twice a year. One solution that has been floated is to ordain married deacons, but many Catholic conservatives fear that this might create a domino effect on other communities (even though married priests are already a reality in the Catholic Church).

The topic “risks jeopardizing this synod,” Zampini said, admitting that this is something the Vatican “is worried about and we are trying to learn from mistakes in the past.”

The synod’s preparatory document is “threatening” to some for including voices from indigenous peoples who ask why lay teachers in their communities cannot perform the sacraments.

“Same with the role of women, since some live in matriarchal communities,” he added. “It’s complicated to go and say: ‘From now on, the religious leader will be a man,’ because they say ‘well, why?’”

“At some point we will have to answer,” Zampini said, while insisting that the fate of the Amazon is too important to dissolve into internal church debates.

“It’s not just for our church,” he said. “It’s a service to the entire region and the entire world. Are we going to stop doing that because of an ideological debate on something that is a regulation, not a dogma?”