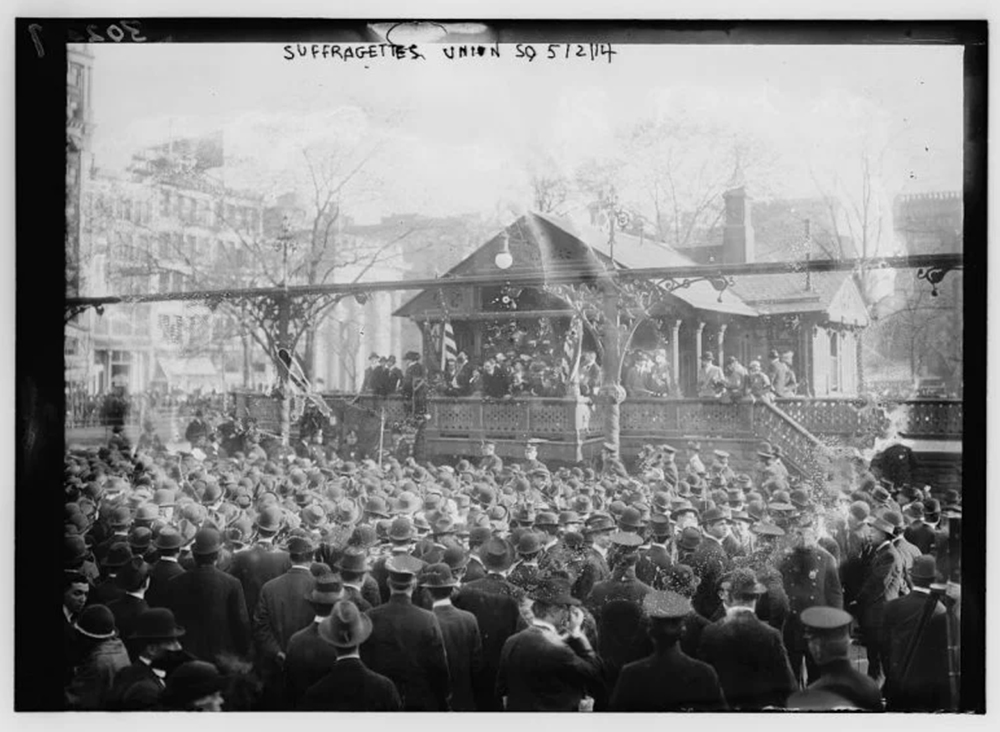 (RNS) — This Labor Day, presidential candidates will no doubt be talking about the plight of American workers and fairness in the U.S. economy. Few, if any, are likely to mention the Catholic Church’s significant contributions to the fight for worker justice. But as extreme inequality continues to grow, there’s value in reflecting on how Catholic social teaching has offered a check on the excesses of unfettered capitalism over the past century.

A hundred years ago, America’s Catholic bishops issued what then amounted to a radical set of proposals that in the following decades would influence President Franklin Roosevelt’s New Deal reforms. The bishops’ “Program for Social Reconstruction” called for a minimum wage and labor participation in management decisions, along with insurance for the elderly, disabled and unemployed funded by a tax on industry.

These bold ideas didn’t take root right away: Americans instead elected three Republican presidents who served as happy dance partners for a bullish Wall Street and big business. When the music screeched to an abrupt end in the 1929 stock market crash, however, the nation was ready for change. As presidential candidate, Roosevelt sought advice from the Rev. John Ryan, a Catholic priest and the architect of the bishops’ proposals. Drawing from papal encyclicals and Catholic social doctrine, Ryan made the moral case for wealth redistribution, unions and living wages.

After Roosevelt won in 1932, he appointed Ryan to the Federal Advisory Council of the U.S. Employment Service, established by the progressive Wagner Act, which guaranteed workers the right to organize unions. The priest became a leading figure in the brain trust of Frances Perkins, the influential secretary of Labor, who led the charge for unemployment and elderly insurance, a massive public works program and a minimum wage.

Outside Washington, Catholics were leading progressive movements for economic dignity. In New York, Boston and other major cities, “labor priests” organized parish schools where workers were instructed in Catholic teaching about workers’ rights and concretely applied those principles to the practical details of collective bargaining.

During the postwar era, when Catholics began moving out of their urban immigrant enclaves to sprawling suburbs, an upwardly mobile Catholicism often grew out of touch with working-class struggles. Many Catholic bishops and Catholic politicians seemed more comfortable in corporate boardrooms than in union halls or on the picket line.

The situation is similar today. Wealthy Catholic business leaders align more with the U.S. Chamber of Commerce than with Pope Francis’ stark challenge to “an economy of exclusion and inequality.”

At Catholic University of America in Washington, D.C., where Ryan once worked on a dissertation about living wages and later drafted the bishops’ social reform agenda, the business school is named for the luxury hotelier and Catholic philanthropist Timothy Busch, who has called the minimum wage “an anti-market regulation that leads to unemployment” and claims it does “great harm” to workers. In July, Busch’s annual gathering of conservative bishops and Republican politicians at his Napa County wine resort included former Gov. Scott Walker of Wisconsin, best known for decimating public-sector unions and collective bargaining in that state.

The Busch school is flush at the moment with $13 million in funding from the Charles Koch Foundation, founded by the billionaire industrialist who bankrolls a network of right-wing groups fighting unions and any regulation aimed at curtailing corporate power.

In contrast, Catholic teaching has officially backed living wages since 1891, when Pope Leo XIII issued an encyclical on capital and labor that underscored the importance of worker cooperatives. Pope John Paul II described unions as “an indispensable element of social life,” and Pope Francis insists there is “no good society without a good union.”

There are signs that some Catholic bishops are trying to revive the church’s centuries-old commitment to labor rights. The AFL-CIO has convened several high-profile meetings with bishops at its Washington headquarters in recent years. The U.S Conference of Catholic Bishops last year filed a brief in a major U.S. Supreme Court case urging the justices to reject so-called right-to-work laws that undermine unions.

In Kentucky, a deep red state, Lexington Bishop John Stowe recently wrote in an open letter, “The weakening of unions by so-called ‘right to work’ laws has been shown to reduce wages and benefits overall in the states where such laws have been enacted.”

The U.S. bishops’ conference last week released a detailed statement for Labor Day, noting the need to revisit bishops’ own progressive reform document of a century ago. Given the continued weakening of labor rights and the obscene concentration of wealth in the hands of a few, they said, “From the Church’s perspective, progress must include the expression of solidarity that unions strive to embody, as well as the respect for the priority of labor over capital, which is nothing less than the primacy of human beings over things.”

The bishops’ language may make Bernie Sanders smile and President Trump scowl, but it’s time for Catholic leaders to move from lofty words to direct action.

The “Fight for 15” movement, which has challenged the fast food industry and other sectors to pay workers at least $15 an hour, is a natural place for Catholic activism, given the church’s outspoken support for immigrants. Many low-income service workers are immigrants and people of color who live in poverty. Bishops and other influential Catholics should be at the front of the line when those laborers strike to demand just wages. Put down the wine glass in Napa, roll up your sleeves and honor the dignity of work by standing with the workers.

Correction: An earlier version of this article said that Catholic University’s business school received $13 million in funding from the late David Koch and his brother Charles. The funding is from the Charles Koch Foundation, with which David Koch was not involved.

Signs of the Times
RIP Catholic News Service — gone too soon and when we needed you most
Follow us on Facebook!
Submit your photos to RNS