(RNS) — Religion is messy, says Lee Hale, a reporter at KUER, the NPR station in Salt Lake City. And for many Americans, especially young people like the 30-year-old Hale, that messiness is something to celebrate, not sweep under the carpet.

That’s the premise behind “Preach,” a new national podcast launching this Friday (Sept. 6) from PRX and KUER. The first season features 10 episodes of Hale’s interviews with interesting people, starting with comedic actor Rainn Wilson, best known for playing the intense salesman Dwight Schrute on “The Office.” 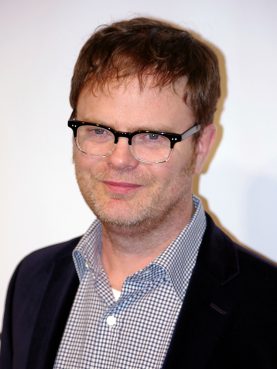 Actor Rainn Wilson, a member of the Baha’i Faith, in 2011. Photo by David Shankbone/Creative Commons

What Wilson is not normally known for is that he grew up in the Baha’i Faith, left it in his early 20s and then returned to it in his mid-30s when his life felt empty. He gave up drinking and committed himself to reading Baha’i texts and fasting from sunup to sundown during the religion’s annual 19-day fast.

In other interviews, Wilson’s religious life is a passing curiosity if it’s mentioned at all. On “Preach,” it’s the subject of a wide-ranging, funny, entire episode in which he feels at home outing himself as a “spiritual junkie.”

Both Wilson and Hale describe parts of their religious autobiographies, comparing notes on their stories. That kind of transparency is intentional, says Hale.

“People can sniff out BS so quickly when it comes to religion. They can tell immediately when someone is giving them a prepared speech. The show has gotta feel like eavesdropping on a late-night conversation between friends.”

That means that he breaks the religion reporter’s characteristic wall of silence and speaks honestly about where he is in his own spiritual journey, which has had many twists and turns. 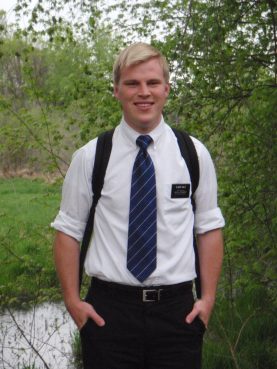 A decade ago, Hale was an earnest Mormon missionary, teaching equally earnest Minnesotans about The Church of Jesus Christ of Latter-day Saints. Years later as an NPR reporter, he was assigned to cover his own religion, which opened the door to some difficult “questioning and wondering.”

Rather than hide that fact or subjugate it to a minor subtext of the podcast, Hale has embraced it with candor. In the interview with Wilson, he shares a bit about his faith crisis and then asks whether it’s selfish of him to have Wilson be his spiritual therapist on the air.

Jokes aside, Hale says his willingness to be vulnerable on the air creates a safe space for guests to do so as well. “I’m never going to ask a question of a guest that I wouldn’t be willing to answer myself. If I’m asking them to do a scary thing with my audience, I should be willing to do it,” he says.

“I actually think that kind of transparency is the most professional and objective I can be as an interviewer, because it’s all upfront. I don’t tend to be upfront about my position with the church in KUER, because where you are with being Mormon or not is so polarizing in Salt Lake City.” 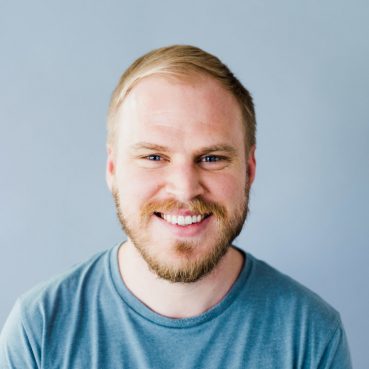 One of the interviews in Season 1 of “Preach” delves into Mormonism, but the series casts a broad net. Early interviewees feature a feminist Orthodox Jewish sex therapist and an African American who was raised in a white supremacist church. There are Muslim, Mennonite and Sikh guests, all talking frankly about what it means to live their faith without having all the answers.

As part of his grant from PRX, Hale and his team conducted months of focus interviews with potential listeners so they could nail down what would capture people’s attention in the crowded podcast market. “We’re looking at the younger, less churchgoing, but still very curious generation that does like to talk about the big questions,” he says.

To remind him of this target listener, he keeps a Post-it note pinned on his cubicle that declares, “Non-religious does not mean atheist.”

“It was a realization I had one day at work. People have so many reasons that they might not be walking into a church, and rarely is that reason that they don’t care at all about God or faith.”

The title “Preach” reflects a bit of Hale’s own evolution. The word traditionally has meant teaching or sharing religious faith, like he once did as a missionary, but in recent years on social media it’s taken on another sense. On Twitter “it’s an encouraging, accepting, playful way to egg something on.” The podcast is less about teaching religious truth than it is about validating people’s journey to find — or lose — that truth.

After spending the last 10 months working on the podcast, Hale is excited to launch it to listeners, who can access it on the NPR website and through various apps. Season 2 is already in the works for the spring of 2020, and Hale has plans to expand it from there. He believes “Preach” will be successful because it has the nimbleness and conversational tone of a podcast but remains a “polished public radio product that takes a team of professionals” to make it happen.

“We’re trying to bridge the gap here, and bring millennial media to public radio,” he says.