One of the new smart streetlights that are being installed in San Diego. Video screengrab

(RNS) — When San Diego’s city council voted to install 14,000 LED streetlights in 2016, the move was touted as a major step toward reducing the city’s carbon footprint and transforming the city into a hub for innovation.

But since the vote, local civil rights activists and minority community leaders have raised questions about the potential for the smart streetlights — which are equipped with cameras, mics and sensors to collect data for city planning purposes and traffic control — to be used to invade San Diegans’ privacy.

Now, a new analysis of the installed and planned streetlights by the Council on American-Islamic Relations has found that many of the city’s mosques are under “direct surveillance” by the city.

“With the metadata that these lights track, they can look at everyone that enters, every car that enters and leaves those mosques,” said Dustin Craun, executive director of CAIR-San Diego. “They can create data profiles about our populations, about who’s at the mosque most frequently.”

About 4,700 streetlights have been installed so far, many of them, activists noted, concentrated in minority communities such as City Heights, Logan Heights and San Ysidro.

CAIR and a handful of other local civil rights and community leaders, acting as the Anti-Surveillance Coalition, have called on government officials to stop the use of the streetlights until they allow public involvement in creating policy on future use of the lights. The group also wants the city to hand over public records detailing how the streetlights’ data has been used already.

City officials disputed the idea that the streetlights can be used for surveillance purposes. Instead, they said, the lights are used to collect traffic data and help local law enforcement solve crimes by retroactively gathering relevant video footage.

“The City of San Diego welcomes community input on the smart streetlight program and recently completed a series of public forums in neighborhoods across the city to collect feedback,” Nicole Darling, the city’s senior public information officer, told Religion News Service. “Despite those efforts, there’s still a lot of misinformation being spread about the program from people pushing their own personal agendas.” 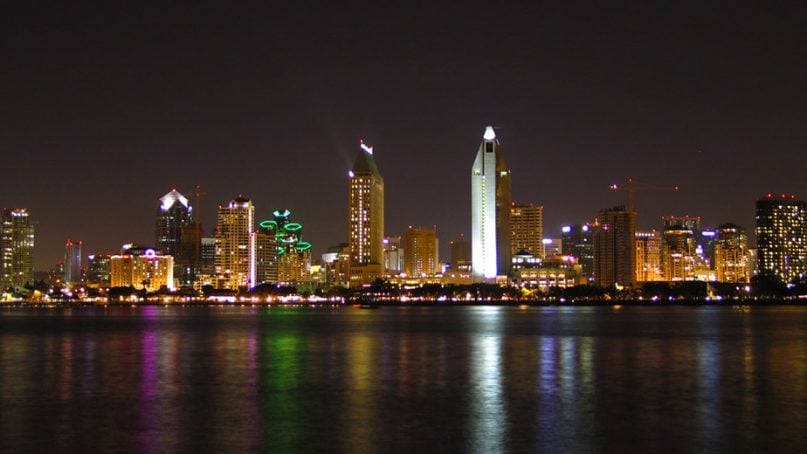 Officials said that the streetlight system cannot view private property and that they have not implemented facial recognition, license plate reading technology or the ability to pan, tilt or zoom.

The San Diego Police Department, the only city agency that can access the raw video collected by the streetlights, told media it has accessed sensors’ footage around 160 times over the past 13 months. Any footage that is not downloaded is destroyed within five days.

A study published last month ranked San Diego as America’s fifth most-surveilled city and the world’s 42nd most, with close to 2.5 public surveillance cameras per every 1,000 residents. The city’s use of police body camera footage and license plate readers has also received backlash from privacy advocates.

“When we look at communities of color, they are already saturated with surveillance and overpolicing,” said Bishop Cornelius Bowser, pastor of the Charity Apostolic Church, at a press conference held Tuesday (Sept. 17) outside City Hall. “The intelligent street lighting program could lead to a police state in San Diego, paramilitary abusive power and vindictiveness,” he said.

Bowser called the city lighting program a “Trojan horse” that could allow law enforcement to “spy on the black and brown people” in San Diego and could perpetuate racial profiling through predictive policing.

Some activists voiced concern that data could be sold to private companies and app developers as part of the growing industry that has been called “surveillance capitalism.”

“This is a perfect example of how our government has colluded with corporations to take your data and to sell it and monetize it for their gain, without any input from the community and without any oversight,” said Blair Overstreet, who heads the local chapter of Showing Up for Racial Justice, at the event outside City Hall. 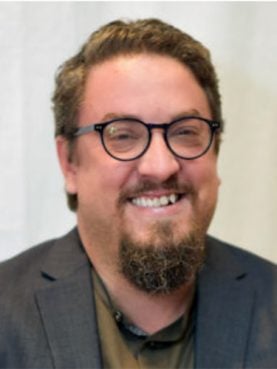 But the greater worry for CAIR-San Diego’s Craun is that the street light data can be shared with federal agencies that he alleges have targeted Muslims and other minorities in the U.S.

Without rules on how data-gathering technology can be used, he said, those agencies could exploit joint terrorism task-force agreements between local and federal law enforcement to monitor these sensors’ real-time feeds.

Earlier this year, according to Wired magazine, the American Civil Liberties Union found that U.S. Immigration and Customs Enforcement agents were given access to license plate data collected by local law enforcement.

Craun and other Muslim activists also drew parallels between the streetlights and the Chinese government’s use of surveillance to clamp down on the country’s minority Uighur Muslims and suggested that allowing unfettered surveillance technology under the Trump administration could lead down a similar path.

“Technology like this developed by companies in the United States is being sold to China and used to police (Uighur) Muslim populations,” Craun said. “With the Trump administration’s targeting of Muslim communities, we cannot allow this technology to be in place, especially if the Trump administration were to stay in power and increase targeting of Muslim communities in his second term.”