LAS VEGAS (RNS) — Eric Metaxas might be the most perplexing evangelical in America.

At one point, he was best known for founding Socrates in the City, a series of conversations with writers and thinkers like NT Wright, Francis Collins, Lauren Winner and Sir John Polkinghorne, where he developed a reputation for thoughtful commentary on faith and public life.

Then he discovered Donald Trump.

Since then, the once-genial Christian author who penned “Lyle the Kindly Viking” has become a full-throated supporter of the president and critic of the liberal forces he believes pose a threat to American culture.

His latest book, “Donald Builds the Wall,” features a blond-headed caveman dressed in an American flag saving his people from the forces of evil by building a wall to keep out swamp creatures and a “caravan of troublemakers.”

Metaxas was recently in Las Vegas to appear on a panel during a meeting of the Religion News Association. Bob Smietana, RNS editor-in-chief, spoke with him there about his support for the president and his concerns about the state of American culture.

What do you wish people would understand about your concerns for the future of the country that they don’t get?

Since the ’60s, we’ve kind of drifted away from some basics, and, as with everything, there are some good reasons for that. But at the end of the day, some of it’s gone very wrong. I think this kind of creeping disdain for the founders and the founding vision and the Constitution has now come to a point, unfortunately, where we no longer know what we believe.

We just go by our feelings.

The issue of religious liberty is the most clear example of this.

It’s something so basic, that was so taken for granted, that we’re now living in a time where people hardly know what it is. Every American is similarly supposed to be able to exercise his or her faith in a way that not only would the founders applaud, but they would encourage.

In other words, they wouldn’t just say it’s possible to exercise your faith in every part of life, but they would actually say it’s necessary that we have some large portion of the American electorate that is practicing its faith — that’s living out (its) faith. That’s part of the strength of freedom.

If somebody has a belief you consider backward or stupid, it is that person’s right in America to hold that belief. We should not force people to believe things.

And so to my mind, it’s this ignorance of religious liberty and the ignorance of the founders’ vision that has allowed this to happen. And I don’t just think it’s bad for religious conservatives.

I think it’s bad for America. 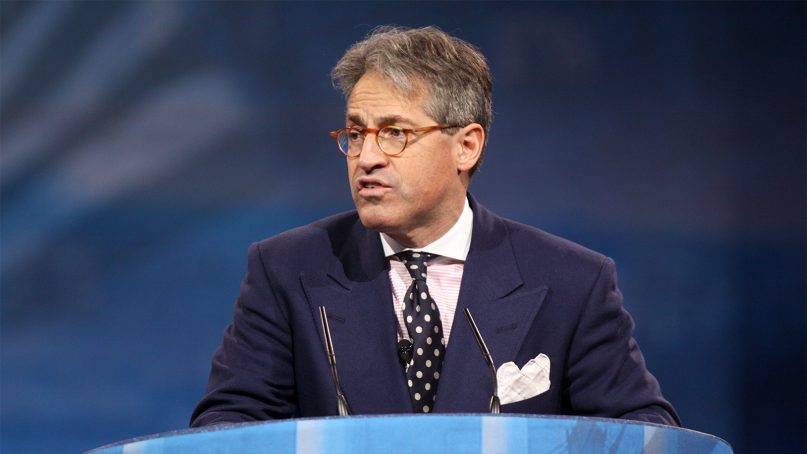 The issue of religious liberty often comes up in discussions about LGBT rights. Judges have begun to see discrimination against LGBT people as equivalent to racial discrimination. And despite the fact there were, for a long time, religious arguments made for race-based discrimination, we’ve rejected the idea that religion could be used to justify discrimination.

That is a false equivalence.

It stuns me that I have to bring up that it’s a false equivalence.

To me, it’s part of this victim culture that attempts to silence dissenting voices. You can’t even have much of a conversation about it because people immediately (think) you must be a bigot.

You always hear about slave-owning Christians, or you hear about people using the Bible to justify slavery. Well, even though that’s true, do you hear about the fact that it was what we would today call ‘Evangelical Christians’ who led the battle for the abolition of the slave trade?

They were in the front lines of saying that slavery is wrong — and you can look to the civil rights movement. It’s very similar. The churches were the place where you found that. The ignorance of that history makes it possible for us to kind of slide into this false equivalence between, you know, LGBT folks and blacks in America.

And yet the dominant groups in the United States who practiced slavery and Jim Crow were people who took the Bible very seriously — people in the Bible belt and Southern Baptists who believed slavery was God-ordained and who used the Bible and the doctrine of Ham to justify it.

What I’m trying to say is just because stupid people have existed and have misapplied the Bible is no reason to say that everybody who is taking the Bible seriously has been misapplying it.

Is it possible that intelligent people took the Bible seriously and misapplied it?

Intelligent people have always misapplied everything. 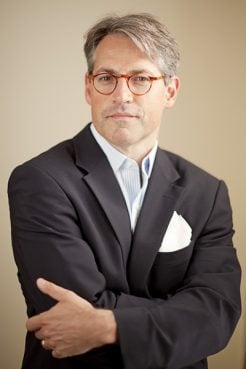 The whole point is if you want to be sloppy and use, you know, loud clichés to silence people, there’s plenty of ammunition. But these things are way too important for that. People of faith do feel misrepresented and not listened to because of things like this. Because they know, for example, they’re not racist.

I think there’s a huge disconnect. That disconnect doesn’t just harm social conservatives. I really think it harms the fabric of America.

Because I can tell you most Christians that I know, if they really see racism or injustice, they get more angry about it than any secular people I know. They would rightly get outraged by it.

The idea that being a white evangelical means you are sort of comfortable with white privilege is deeply offensive to people — because not only do they disagree with it, but their whole lives are meant to represent the opposite of that.

Do you think there are long-term unintended consequences of the evangelical support for Trump? He is a person whose business practices and personal practices do not line up with the kind of morality that evangelicals have stood for in the past. Does their association with the president harm the evangelical witness?

A lot of people have said that. I have to disagree. There are many reasons (why) I disagree.

Let’s, let’s start here. JFK routinely brought prostitutes into the White House. This wasn’t something that he did 10 years before being elected. While he was the president.

His face is still on our coinage. We have an airport named after him. Lyndon Johnson behaved extremely swinishly during his time in office. We know, obviously, Bill Clinton did. We’re not talking about in their lifetimes, but while they were in the presidency. I think the idea that we would expect everybody in the White House to act like Mike Pence is silly.

President Donald Trump speaks with reporters before departing on Marine One on the South Lawn of the White House in Washington on Aug. 21, 2019. (AP Photo/Alex Brandon)

But I think with Trump, I think they looked at a guy like that and they said, ‘you know what, I’ve screwed up in my life. I know tons of people that have screwed up in their lives. I have a different attitude toward people who screw up than I would have in the past where I wanted everybody to be an upstanding citizen and never get divorced and never do this.’

So evangelicals are trying to process Trump very differently than they would have processed him 20 years earlier.

I think, people looked at him and they said, you know what, he can be really rough around the edges and he’s got some terrible stuff in his past. But looking at him now, I see a guy who actually loves his country or seems to love his country and in his, kind of wild way, seems to care about some of this stuff that I think is vital to freedom and liberty. And I am willing to take a risk on him.

Do you think the president’s use of social media is problematic? Does it exacerbate the divides that are already in the country?

I think most people I know who voted for Trump would prefer that he not use social media as much as he does.

I wrote a biography on Martin Luther and there are bizarre parallels — because what happens with Trump, and it happened with Luther, is that they are both incorrigible counter punchers, and their friends, Luther’s friends would beg him not to do this, and he didn’t seem to be able to help himself and observe somebody attack him. He would attack back three times as hard.

What do you think Bonhoeffer would say about Trump? 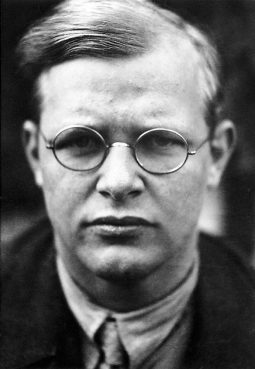 My study of Bonhoeffer and of what happened in the ’30s initially made me dislike Trump. But at some point, I began to wonder if the kind of predictable narrative was not the real narrative.

I think Bonhoeffer was very lonely in his opposition to Hitler because he was trying to wake up the church at the time and say, ‘listen: This nation’s going to go down in flames. We’re going to be hanging our heads in shame for a hundred years unless we stand.’

And if in his sometimes ham-fisted way the president is any kind of a counter force against that, you have to be glad he’s there because of the mad rush toward the left, it’s been so fast and so dramatic.

So to take it back to Bonhoeffer, I think that Bonhoeffer saw some things other people didn’t see, and he tried to wake people up, and he knew he would look unpopular. He knew he would look foolish. But at the end of the day, he had to do what he felt was right for Germany, what he felt was right in God’s eyes. And he knew that tons of people — good people, Christian people — would not understand him.

I think sometimes people dramatically oversimplify it. It’s kind of comedic that people who have read my book accuse me of not understanding what I say in my book (about Bonhoeffer). The real issue for America has to do with what I’m calling cultural Marxism. If we don’t understand this is the enemy of liberty for all Americans, then we’ve completely changed.

It’s not an issue of left versus right. It’s an issue of the fundamentals. Can we have a civil place to talk about these things and disagree? We live in a country where I celebrate people’s ability to hate the president in public. I celebrate that.

So I’m not worried about Trump.

Am I worried about the country?

News Analysis
Pat Robertson turned Christian TV into political power — and blew it up with wacky prophecy
Follow us on Facebook!
Submit your photos to RNS