But could that resolution turn off another important voting bloc, namely white Protestant voters?

In large part because most white Protestants are already Republicans.

Almost every predominantly white Protestant denomination — from Southern Baptists and United Methodists to Missouri Synod Lutherans and the Assemblies of God — is solidly Republican, according to data from the 2018 Cooperative Congressional Election Study. 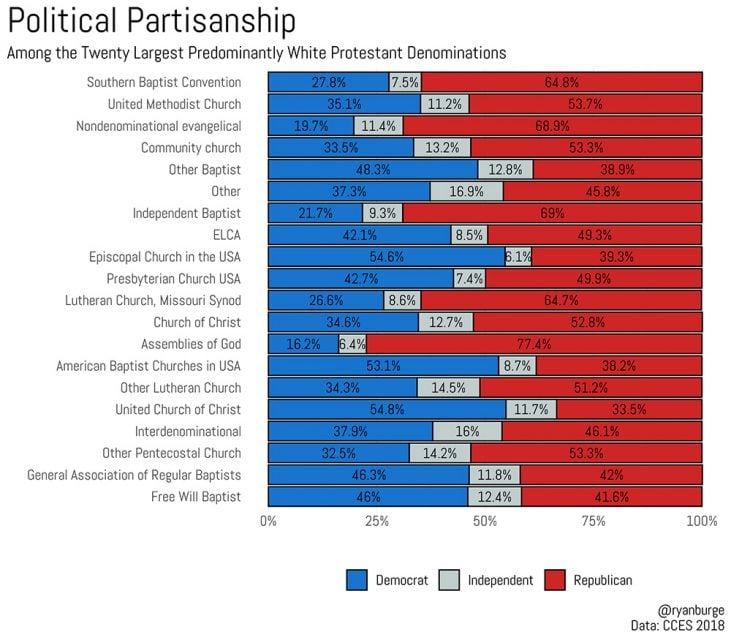 The largest of those denominations is the 1.7 million-member Episcopal Church, of which Democratic candidate Pete Buttigieg is a member. Episcopalians make up 3.5% of all white Protestants in the sample — and just over half of them (54.6%) identify as Democrats. Other denominations where Democrats outnumber Republicans include the United Church of Christ and the American Baptist Church.

By contrast, some of the largest predominantly white Protestant denominations, including the 14.8 million-member Southern Baptist Convention, the United Methodist Church and the Evangelical Lutheran Church in America, all lean Republican. So do nondenominational evangelical churches.

What may be even more troublesome for any Democrat who is trying to court white Protestants in 2020 is that every year, more and more of them are slipping away.

Of the top 20 denominations previously discussed, just two became less Republican in a statistically significant way in the last 10 years, according to the data from the 2008 and 2018 CCES.

On the other hand, 16 of these denominations have larger shares of Republicans today than they did when Barack Obama was elected in 2008.

This includes the United Church of Christ, which was one of the first denominations to affirm LGBT people; it became 4% more Republican in the last decade. Buttigieg’s tradition, the Episcopal Church, also saw 4.7% more of its members identify as Republicans.

The two largest denominations — the Southern Baptist Convention and the United Methodist Church, which together comprise nearly a quarter of all white Protestants — are 5% more Republican today than 10 years ago. 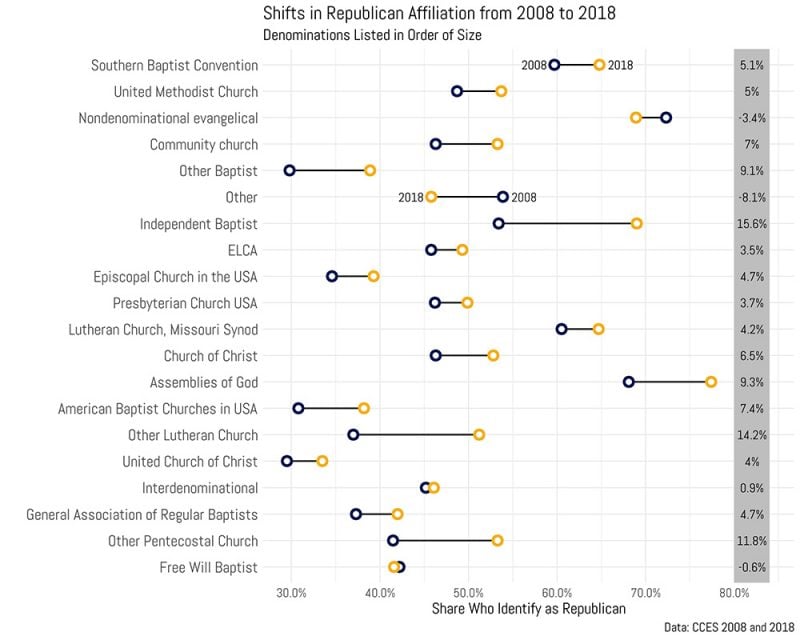 There is a possibility that many of these white Protestants may be Republicans in political affiliation but not be supportive of President Donald Trump. However, the data shows otherwise.

Among the 25 largest predominantly white Protestant denominations, the majority of people in 20 of them approve of Trump. Five have an approval rating for the president of less than 50%, while only two of those have a rating of below 40%. By contrast, an aggregation of national polls by the website fivethirtyeight.com shows that only 40% of the general public approves of Trump.

Of all the people surveyed in 2018 who attended a predominantly white Protestant denomination, 85% affiliated with a church where Trump’s approval rating was above 50%, according to the CCES.

Just 6.7% align with a church where approval was below the national average of 40%. 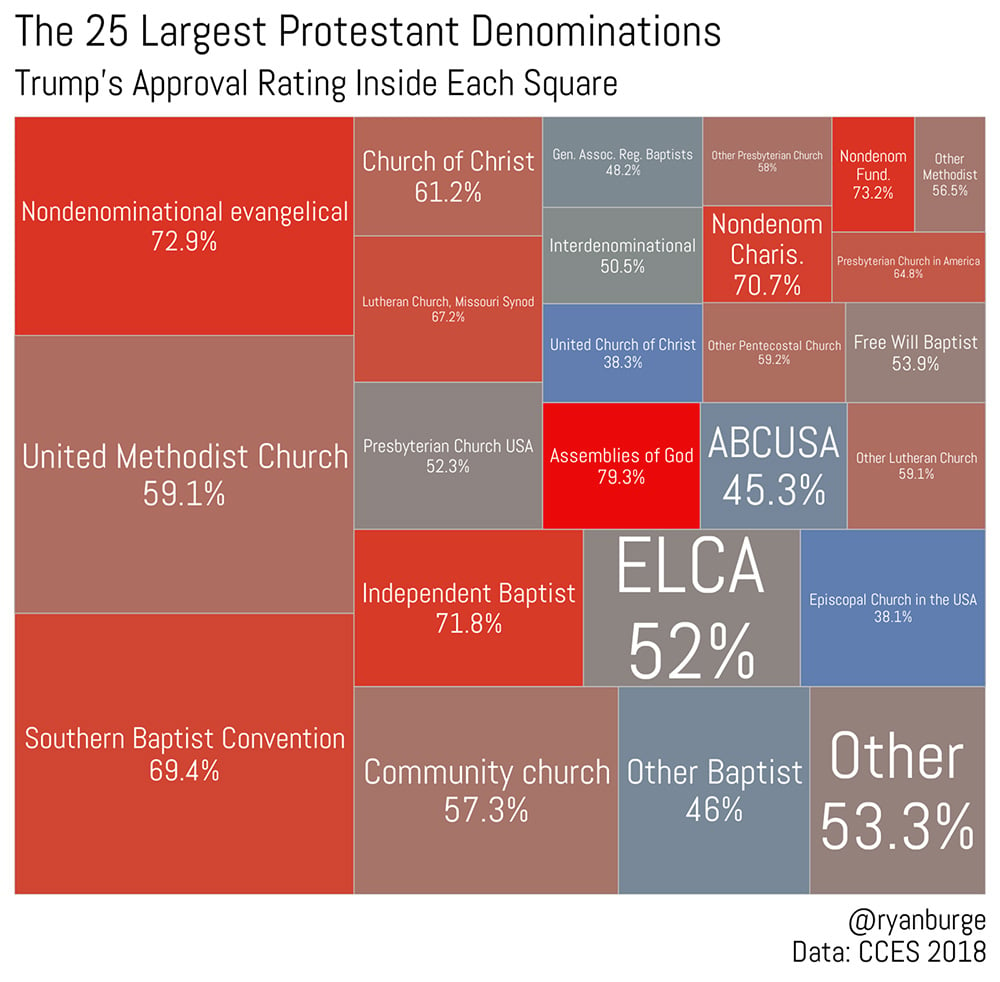 The religious composition of the Democratic Party looked drastically different in 1978.

Four decades ago, 20% of Democrats were mainline Protestants; now it’s half that. Additionally, the religiously unaffiliated share has tripled, going from 8.8% in 1978 to 28% in 2018. Democrats stand at a crossroads.

Do they continue to try to court the rapidly growing group of religiously unaffiliated Americans, hoping that their numbers rise in such proportion to offset the losses that they are sustaining among white Protestant Christians?

Or do they try to make inroads among moderate Christians who have abandoned them in large numbers over the last decade?

The answer may decide the 2020 presidential election.