(RNS) — In Montreal this week, a white man offered advice to Jagmeet Singh, a Member of Parliament and a top candidate to become Canada’s next prime minister.

After shaking hands, the man leaned in and said to Singh, just loud enough for the microphones to pick up: “You know what? You should cut your turban off. You’ll look like a Canadian.”

“Oh, I think Canadians look like all sorts of people,” Singh replied. “That’s the beauty of Canada.”

“Hey, but this is Canada, you can do whatever you like,” Singh said, then walked away.

The video of this exchange went viral immediately, and news outlets around the world covered the story. Much of this coverage has focused on the politeness of this exchange, with a general message that comes across as: “See, this is how we can have disagreements yet still be civil to one another.”

Yesterday, two Canadian political candidates tweeted a cartoon that depicted Jagmeet Singh with a bomb in his turban.

When asked for a comment on the cartoon, a spokesperson from Singh’s campaign said frankly: “Here’s a statement: This cartoon is obviously unacceptable.”

Progressive political activists and news outlets around the country have condemned the photo as racist. 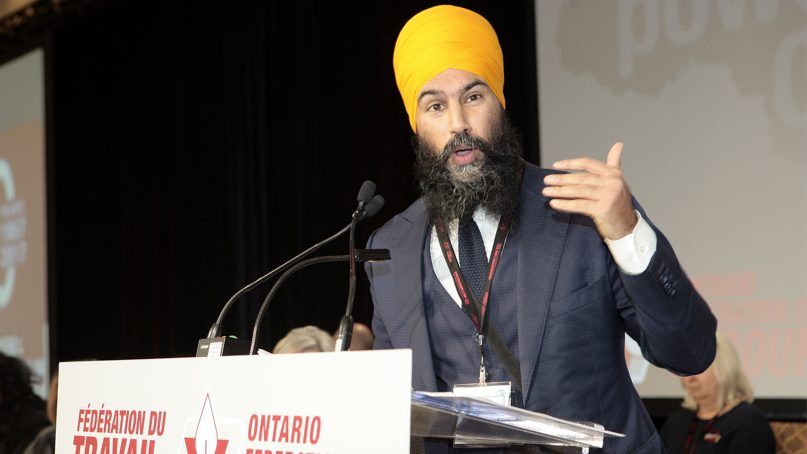 The two incidents — the man advising Singh to abandon his turban and the racist cartoon — have been received very differently; the former has been celebrated, the latter condemned.

Yet from my vantage point, they are two sides of the same coin.

Yes, the man’s advice to Singh may be a kinder and gentler form of racism in comparison to the racist cartoon, or even to more violent forms of racism we are accustomed to witnessing on cable news and social media feeds. But nice racism is still racism. It’s still destructive, no matter how it’s guised.

The tacit assumption in the man’s advice to Singh is that one cannot fully be seen as a citizen without assimilation. The problem with assimilation is that it presumes a specific type of appearance is more authentic and, therefore, more acceptable. This goes against the very premise of liberal societies like Canada and the United States. It is also a false assumption rooted in white supremacy.

It seems important to point out that this interaction took place in Quebec, a province that just passed legislation this summer outlawing government officials from wearing religiously visible articles while at work. As anticipated, this discriminatory ban has had an extraordinarily disproportionate impact on religious minorities; Singh’s encounter illustrates how it plays out.

Imagine the unfair burden such assumptions place on people like Singh who are pursuing their dreams. He has put his heart and soul into his political career, with the ostensible objective of making his own nation a better, stronger, and safer place. He has heard from people his whole life that it would be easier for him to achieve his goals if he abandoned his faith. That would be tempting to anyone, let alone someone with the opportunity to become a major world leader.

But is that really a fair choice? Should we really be putting people in our communities in a position to have to choose between their faith and their dreams?

It may seem harmless on its face, and it may even seem well-intended. But the man’s advice was undoubtedly racist.

When we fail to reject racism, we are guilty of giving it life. Celebrating the kind way in which the man communicated his racist message misses the point entirely. We need to reject racism, no matter how nice it might seem. We need to be attuned to how “nice racism” has negative effects on various communities.

It’s time we set a higher bar for ourselves. 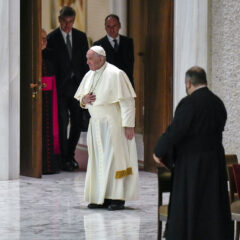