(RNS) — It’s long been established that Donald Trump is supported by a tremendous share of white evangelical Protestants, and a poll from July indicated that three-quarters of them still approve of the job he’s doing. But there’s another religious group of the same size as white evangelicals that may be of even greater consequence to the political future of the country: white Catholics.

When Philip Bump of The Washington Post did a post-mortem shortly after the 2016 election on why Hillary Clinton lost, his analysis indicated that just 80,000 votes in three former Rust Belt states were the difference. Those decisive states were Michigan, Pennsylvania and Wisconsin, all of which contain a tremendous share of Catholic voters, especially in rural areas.

Trump beat Clinton by 25 points among rural white Catholics in Pennsylvania. Compare that to President Barack Obama, who kept the deficit to just 14 points when he won the White House for the first time in 2008. In Wisconsin, Clinton lost by nearly 16 points where Obama had held the gap to only 4 percentage points in that first campaign. In Michigan, Clinton barely matched Obama’s 2008 white Catholic vote. 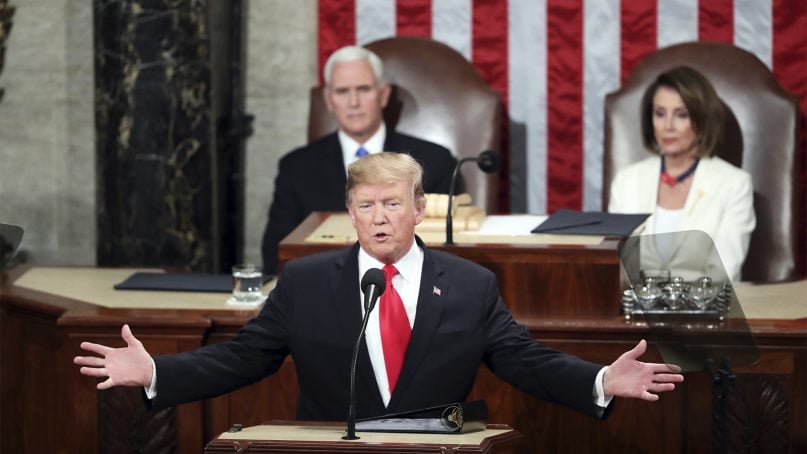 President Donald Trump delivers his State of the Union address to a joint session of Congress on Capitol Hill in Washington, as Vice President Mike Pence and Speaker of the House Nancy Pelosi, D-California, watch on Feb. 5, 2019. (AP Photo/Andrew Harnik)

If the eventual Democratic nominee, perhaps a fellow white Catholic like former Vice President Joe Biden, can narrow Clinton’s losses among white Catholics to Obama’s 2008 levels, the White House will change hands in January of 2021.

The data says that’s going to be an uphill climb. An argument could be made that Trump, a deeply disliked president, may give Democrats a larger opening to regain the White House on the back of Catholics in 2020. To test this notion, I assessed white Catholics’ job approval of Trump in 2018 and Obama in 2010 — when both candidates had served two years in office.

The results paint a bleak picture for any Democrat hopeful. 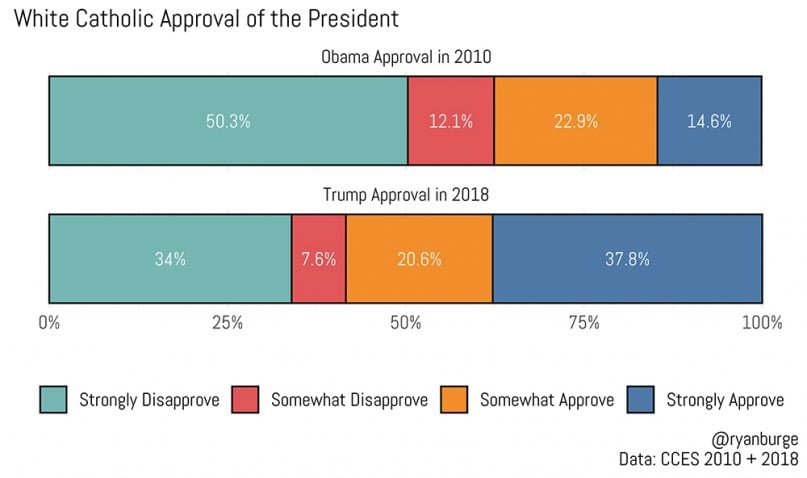 “White Catholic Approval of the President” graphic by Ryan Burge

It would be easy to chalk this up to there being more Republicans than Democrats in these two samples, but I checked the data and the differences in the percentage of white Catholics who identified as Republicans was less than half a percentage point between 2010 and 2018. Clearly, white Catholics disliked Obama much more than they disdain Trump.

One of the most important changes in the American Catholic Church is that the pews are becoming more diverse, thanks to a mass migration from predominantly Catholic Central and South American countries. Just over a quarter of American Catholics are now people of color. That growth in diversity (and the Trump White House’s crackdown on immigration from those countries) would logically provide some hope for a Democrat trying to win over Catholics in 2020. 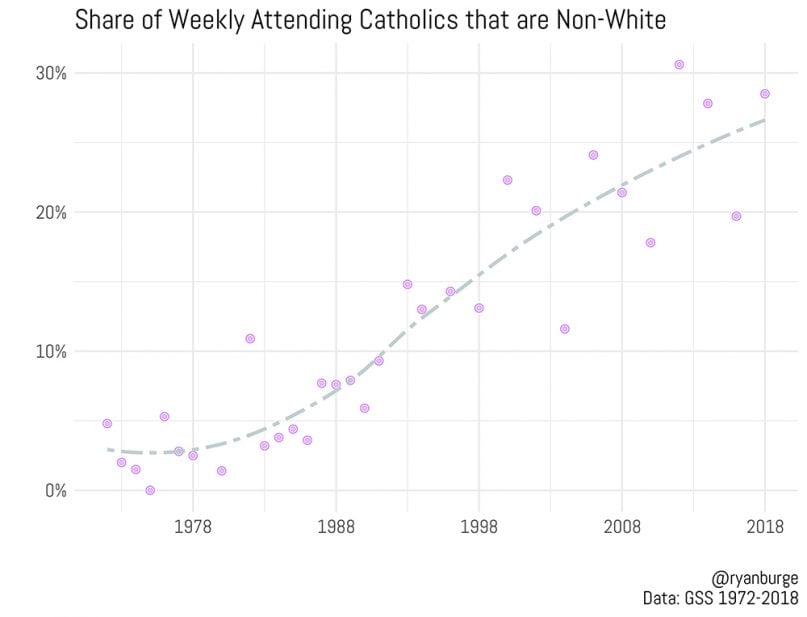 But other numbers may tamp down those expectations. In 2018, Data for Progress asked voters if they would vote to reelect Trump in the 2020 presidential election. Consider this: Only 26.8% of nonwhite Catholics voted for Trump in 2016, but 32.8% of them said that they would choose to reelect him in 2020. If anything, the data indicates that the Democrats are losing support even among nonwhite Catholics. 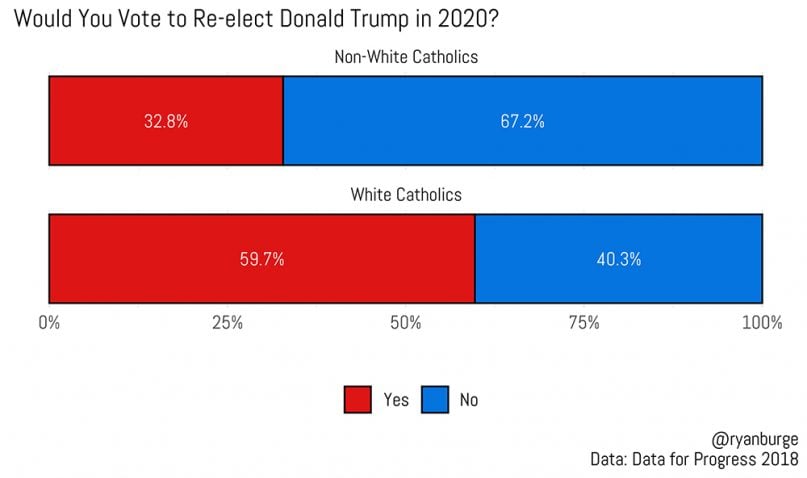 “Would you vote to re-elect Donald Trump in 2020?” RNS graphic by Ryan Burge

A few weeks ago I wrote about how the Democrats have lost their grip on almost all white Protestants. The same can be said for Catholics, who are embracing Trump as more and more of them drift toward the GOP.

If Democrats choose to nominate Biden with the hopes of winning back his fellow Catholics in 2020, they may be in for a rude awakening.