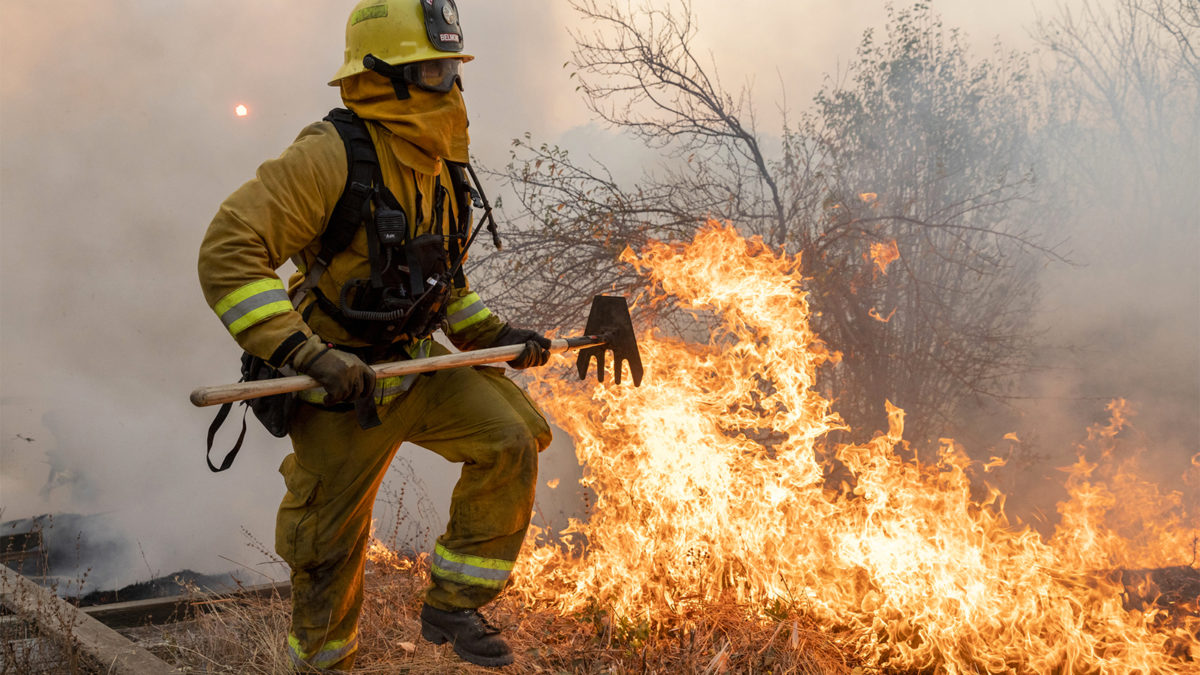 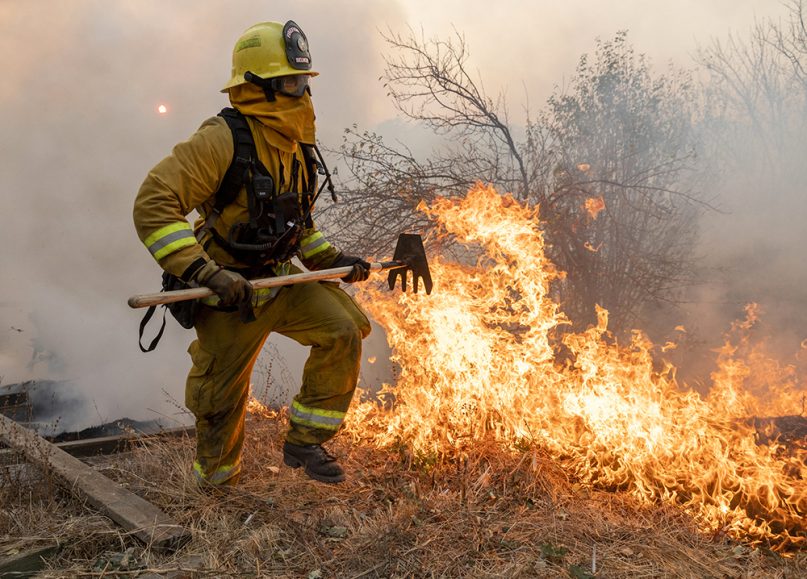 (RNS) — Around 4:45 a.m. Sunday (Oct. 27), staffers at CrossWalk Community Church in Napa got a call, alerting them the church would need to serve as an evacuation center as the Kincade fire continued to spread in Northern California.

Members set up the the gym space to host evacuees and cleared the sanctuary area after worship services to make room for additional cots. About 20 evacuees stayed that night at the church; some 45 had been assisted as of Tuesday.

Wednesday morning, the Kincade fire in Sonoma County wine country entered its eighth day and had grown to more than 76,000 acres. As of Wednesday, the fire had destroyed 206 structures, including 94 homes, and injured two first responders. More than 90,000 structures remained under threat, including 80,435 houses. Firefighters had reached 30% containment of the blaze. A Cal Fire advisory listed six churches, such as St. Mary's Cathedral and Calvary Chapel of Petaluma, serving as evacuations centers. Some were at capacity.

Down south, the Getty fire — which broke Monday in a canyon west of Interstate 405 and near The Getty — had grown to 745 acres and was 27% contained Wednesday morning. It had destroyed 12 homes and damaged five others.

Pastor Peter Shaw said CrossWalk Community Church has been prepping for months for a disaster like this.

“From my own experience, I can pretty much guarantee that the majority of people that end up in shelters for days at a time are those that don’t have the means or connections to find other accommodations,” Shaw said. 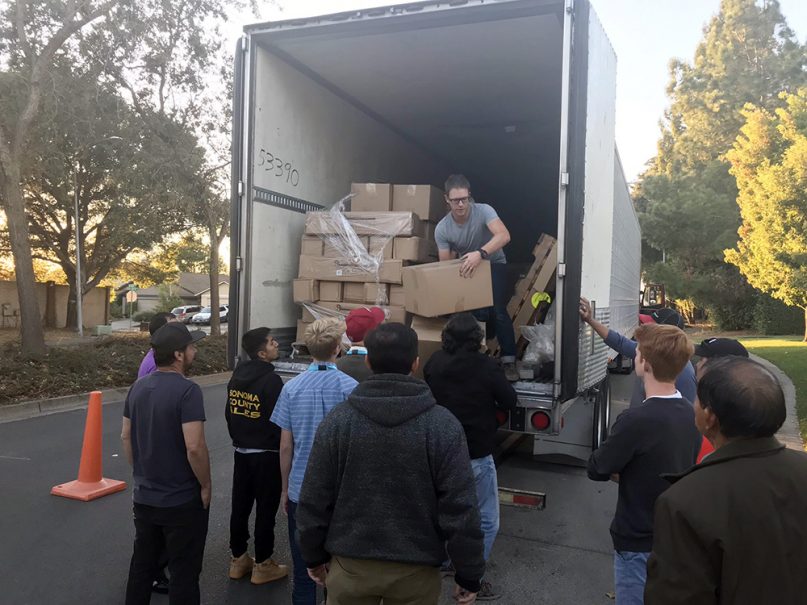 Matt Moulyn, top center, unloads a truck as cots are delivered to set up the Petaluma Valley Baptist Church in Petaluma as a shelter for evacuees of the Kincade fire in Northern California, on Oct. 27, 2019. Photo courtesy of Alan Cross

CrossWalk served as a shelter during the 2017 Tubbs fire in Northern California that killed 22 people and destroyed more than 5,000 homes.

During that time, Shaw remembers the church assisting people from “all walks of life,” including tourists visiting Napa Valley, wealthy people from gated communities, and others from lower socioeconomic positions.

Since then, the church has met every month with other community organizations to learn disaster relief practices. They discuss pet and child care and other accommodations like bathroom showers.

"All those kind of support things, we were a lot more ready this time. The preparation really showed, but that's two years of meeting every month," he said.

To Shaw, opening CrossWalk's doors to serve as an emergency shelter is “what the church needs to be about.”

“We have so many churches sitting empty, even in times like this. I think that is deeply offensive to the heart of God,” he said. “We are in a position to help in very significant ways just with our space.

"My fear is churches have always struggled with their sacred space and making that sacredness mean untouchable. I think that’s really awful,” he added.

Shaw said houses of worship should begin exploring how they can open their campuses to the broader community. Compared with two years ago, Shaw said, he’s encouraged by seeing more churches stepping up.

“I think churches need to be thinking that way because that’s when we’re able to really serve the community in profound ways, and start to build the bridge back that we have burned with culture in the past," he said.

About 24 miles from CrossWalk, another congregation was also helping people affected by the fire.

Petaluma Valley Baptist Church in Petaluma has housed about 150 people. Many of those assisted Tuesday were from Santa Rosa, a community that had been under mandatory evacuation. The nonprofit World Central Kitchen, founded by celebrity chef José Andrés, provided meals at the church.

Pastor Alan Cross said this is the first time the church has served as an evacuation center. The church hosted a disaster response team during the Tubbs fire, he said.

Cross, who has been with the church since May, said he got a call about 5:30 a.m. Sunday from emergency operations personnel asking if the church would open as a shelter. He said yes.

To Cross, it’s about “being a good neighbor and loving people in the name of Jesus.”

“How do we say no to this and then go on and talk about loving God and loving people if we don’t help those in need when the time comes?” Cross said.

Cross is familiar with helping out during disasters. When he was a pastor in Montgomery, Alabama, his church took part in relief efforts after Hurricane Katrina.

“It's a very similar situation, just neighbors coming together and helping each other and trying to serve,” he said. “A lot of the stuff that keeps us apart, it goes away when you're in a crisis.”