This is a guest post by Lindsay Hansen Park.

(RNS) — Americans who catch most of their ideas about Mormons from the musical “The Book of Mormon” and from Mitt Romney’s presidential career weren’t expecting the headlines this week about drug cartels warring with polygamous enclaves in sleepy farming border towns of northern Mexico.

To be fair, not even the most prophetic Mormons, such as Brigham Young, who first dabbled with Mormon Mexican settlement over 170 years ago, could have seen a headline like that coming.

The recent news of the slaughter of nine people with dual U.S.-Mexican citizenship from Mormon communities at the hands of warring drug cartels has everyone asking, “Who are these white Mormon polygamists in Mexico?”

Here is one thing they are not: They are not members of Ervil LeBaron’s Church of the First Born of the Lamb of God, made famous in the popular imagination by journalist Jon Krakauer in his 2003 book, “Under the Banner of Heaven.”

While many of the families in the colonies share the surname “LeBaron,” they are likely of no association to Ervil’s group, most of whom they’ve never met or interacted with.

They do have a common ancestor in Alma Dayer LeBaron Sr., a Mormon who was excommunicated from the LDS Church in 1924 for continuing to practice polygamy, which the Utah Saints officially disavowed in 1890.

Traveling back and forth from Utah to his ranch in Mexico, which he christened “Colonia Le Barón,” Alma spent the majority of his life committed to his Mormon faith and exploring new avenues for authority beyond the LDS Church. His ideas were inherited by his seven sons, who remained in the Mexican colonies. His most fanatical son, Ervil, started his own sect in the early 1970s.

Ervil is known primarily for murdering anyone who challenged his prophetic authority, including his brother Joel. He developed a hit list of people he believed stood in the way to his claim as “The One Mighty and Strong,” including LDS President Spencer W. Kimball. Though Ervil never succeeded at murdering Kimball, he did convince several of his plural wives to murder Rulon Allred, the prophet of the rival Apostolic United Brethren, a polygamous sect of some 10,000 Mormons, in 1977.

Ervil died in a Utah prison on Aug. 16, 1981, but his followers continued to pursue names on his infamous list. The families who remained in the Mexican colonies had to contend with threats from Ervil’s followers until the list allegedly went “dead” around 2013.

Many of the citizens of the Mormon Colonies are members of a variety of different Mormon churches, the Church of Jesus Christ of Latter-day Saints to independently practicing Mormon polygamists. Some practice plural marriage and others believe in the principle but don’t practice it, though they all trace their presence in Mexico to it.

In response to the violence surrounding them, the families have learned to cooperate together to protect themselves. Although gun ownership is typically illegal for most Mexican citizens, the groups have worked out arrangements with local officials that allow them to defend their communities.

The limits of those protections came to a head in 2009, when Mormon families of the same LeBaron name were targeted by drug cartels. Several kidnapping attempts from cartel members for ransom eventually led to the brutal beating and death of Benjamin LeBaron, an activist who was determined to work with government officials to protect his community.

The Mormons who inhabit the area have farmed large pecan and fruit orchards for generations. These farms are both lucrative and well-organized. Because of their success and their proximity to the border, they have become a target for guerrilla-style tactics by warring drug lords in the area. Many of the colonies’ adult family members have publicly denounced cartel tactics and refused to submit to extortion and harassment. 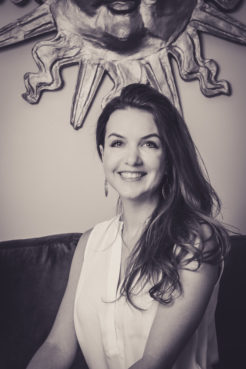 Which is likely why three innocent women and six of their children were attacked and gunned down, their SUVs and car seats riddled with bullet holes on Monday (Nov. 4) while the individuals traveled to a family wedding.

The hard reality for the majority of those touched closely by this tragedy is that they are Mormon families, striving to live their religion quietly with little help from the communities that surround them. They are people whose convictions are deeply entrenched and who have chosen to fight for the lands they’ve sacrificed hard for, no matter the cost. This week the cost was high and horrifying.

(Lindsay Hansen Park is the executive director of Sunstone and host of the “Year of Polygamy” podcast.  The views expressed in this commentary do not necessarily reflect those of Religion News Service.)