DALLAS (RNS) — Pastor Tony Evans has been a megachurch leader, a radio broadcaster and the author of dozens of books.

Now he has a new title: the first African American to have both a study Bible and a full-Bible commentary with his name.

“Paying attention to context is extremely important if you want to accurately understand what the Bible is saying,” he writes in opening instructions of the new, 1,429-page commentary. “If you don’t pay attention to the context, you are in danger of trying to make the Bible say something that it doesn’t actually say.”

Oak Cliff Bible Fellowship, his predominantly black nondenominational church, marked the fall release of the two tomes at a gospel-star-studded celebration on Friday (Nov. 8). During the almost three-hour “Kingdom Legacy Live” event, musicians Kirk Franklin and LeCrae both described Evans as the father figure they needed, in person or via his radio broadcast, “The Alternative with Dr. Tony Evans.”

The evening featured video tributes to Evans, 70, from other luminaries, such as former President George W. Bush and former football player Herschel Walker. It also included words of gratitude from family and friends for Evans’ ailing wife, Lois. Priscilla Shirer, one of Tony and Lois Evans’ four children, recalled how her mother worked to pack up and mail cassette tapes of her father’s sermons in the early days of the ministry the couple co-founded.

Just before the event, Evans talked to Religion News Service in an exclusive interview about his new biblical volumes, coping with his wife’s health challenges and supporting Franklin in his boycott after the gospel musician’s race-related remarks were cut from a broadcast of the Dove Awards.

How is your wife doing, given her diagnosis of biliary cancer and has her condition been a test, perhaps, of faith for you as well as her?

A great test of faith in our lives because it’s incurable cancer and the doctors said there’s nothing more they can do. So we are totally resting on the supernatural at this point. But because we have a strong faith, we are stable in the midst of instability and uncertainty. We stay close to each other as a family and we stay close to God. Over the last week and a half there has been a slight improvement that was unexpected even by the doctors. So we’re just trusting God in the middle of that and taking it day by day. We’re believing for a miracle, but we trust him regardless. There have been Bible commentaries by groups of African American scholars, but why do you think there hasn’t been a commentary, under one black person’s name, until yours and until now?

For the lay person, what do you mean by “the advancement of the kingdom”?

Mankind was established to advance God’s purpose in history. God’s purpose in history is the establishment of his rule in every area of life. We call this the kingdom agenda. And so what we’re trying to show is that he wants to rule your personal life, your family life, your church life, and your societal, governmental life, all of life. So the closer you are to that rule, the more ordered your life will be. The further you are from that rule in all of those categories, the more chaotic life becomes. So we’re trying to help people to understand how that works, what that looks like, how that functions, how you get in it and how you operate by it so you can have a well-ordered life in a chaotic world. 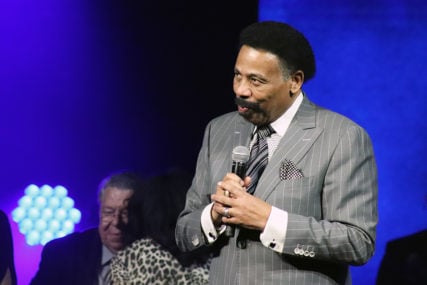 You’re being honored for 50 years of pastoral ministry, and I understand that your first big crowd was at the Apollo Theater. So how old were you then and what do you remember of that moment?

I was 21 years old. There was an evangelistic crusade and I was a support to that crusade, but the head of the crusade — his mother passed away and he had to leave — so I had to step in for him, and it was being held at the Apollo. So that was my special moment.

Kirk Franklin has cited you as having a role in his recent decision to boycott the Dove Awards and other events related to the Gospel Music Association and Trinity Broadcasting Network. Why did you recommend that he take these steps?

One of the things I point out in the Bible is the black presence in the Bible. And one of the issues I have dealt with: There were years where I was not allowed to be on radio because of my race and I was told that directly. So there has been in the Christian community and the evangelical community, a consistent disparity in how minorities are treated and how we are allowed to sit at the table equally. And so when they cut out the part of his speech, that was critical to his and our experience that demonstrated cultural, racial insensitivity, especially since it was nothing offensive. It was a fact of what had happened. So I felt that would have been appropriate since that’s what his conscience told him to do. But I also told him, you must honor your conscience in a righteous way. And so that’s why he put in there he’s willing to help rectify it, not just complain about it because a lot of times you have complaints without solutions. Let’s help heal. Let’s not just keep divided, but also let’s be clear on what’s right and what’s wrong. 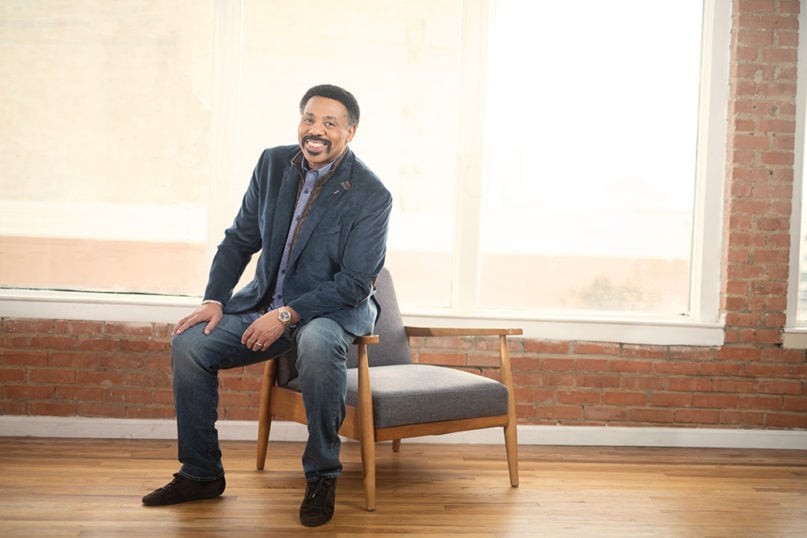 After the shootings of the police officers in your city in 2016, you said the church “must do better” to influence “good in the midst of darkness, fear and hate.” What has happened since then by you, your congregation or other religious organizations to address these issues of shootings by police officers of people of color and also shootings of police?

Here at our church, we’ve held political forums where we have asked community leaders about their positions on issues to show that fits the kingdom agenda, which is the government side of things — that we want to have a voice. But we also have a lot of police who come to our church, and we held a police forum here because the former police commissioner is a member of our church, Chief (David) Brown. We’ve had him come to speak to groups in the church because there’s a citizen side to this, too. You must respect the office of the policeman. But the policeman must respect the life of the citizen. And that is a mutual respect message that needs to go out.

RELATED: After the shootings, Dallas clergy will pray, then advocate for change

To go back to your mention of the black presence in the Bible, is there something new that you brought forth in your commentary Bible?

Well, one is to acknowledge that it’s there. In the lineage of Jesus are a number of people from the lineage of Ham. The lineage of Ham goes back to African people since he settled in Africa. We deal with the curse of Ham that was used to promote slavery in America and apartheid in South Africa. The role of Egyptians in the Bible is pointed out in Scripture as well, the African presence in the church at Antioch in Acts Chapter 13. Moses married Zipporah, who was the (daughter) of Jethro, an African priest. So that’s often not pointed out. And, in fact, in Numbers 12, God judged Aaron and Miriam for their rejection of Moses’ African wife. So early on, God was dealing with racism and interracial marriage.

What I want to say to African-Americans is if you see what’s really in the Bible, you can find yourself there. You don’t have to lose yourself to believe in Jesus. In fact, much of who we are is in Jesus.

So after some 50 years of pastoral ministry, do you think about retiring at all?