I was up in Cambridge last week to talk about “Imagining Judeo-Christian America,” a terrific new book by Harvard Divinity School teacher Healan Gaston. As someone who began writing about the Judeo-Christian concept in American religion and politics in the early 80’s, I’m considered the old man of this little field of study.

With an awesome array of examples, Gaston traces the history of the concept from its 19th-century origins up to the present. Her central analytical contribution is to differentiate its “pluralist” from its “exceptionalist” usage.

At the pluralist end of the spectrum are the liberal Christians and Jews who in the 1930s began to characterize the Western religious tradition as “Judeo-Christian” to combat the rising tide of anti-Semitism. The premiere exceptionalists have been the leaders of the religious right, who appropriated the term in the 1980s as a label for the values they were pushing in the new American culture war. Now, four decades into it, most Americans think of “Judeo-Christian” as little more than a weapon in the rhetorical arsenal of conservative preachers and politicians.

Over lunch with a group of Gaston’s students, I was asked whether I thought there was a way for progressives to recover “Judeo-Christian” for themselves. My answer was, “Why would you want to?”

As a term of pluralist inclusion, “Judeo-Christian” served its purpose in the period when America was conceived as a tri-faith country of Protestants, Catholics and Jews. Nowadays it’s hopelessly inadequate, what with the recognition that a host of Americans—up to and including members of Congress—are not Judeo-Christians at all but Muslims, Hindus, Buddhists, Sikhs, and, of course, Nones. Indeed, the biggest story in American religion is the rise of the Nones over the last quarter-century to a quarter of the population .

Nevertheless, there may still be a role for progressive Judeo-Christianity in Donald Trump’s America.

In its postwar heyday, the religious thinkers who attended most deeply to the concept were the neo-Orthodox, whose standard-bearer was the theologian and premier public intellectual Reinhold Niebuhr. In Niebuhr’s view, the distinguishing feature of the Judeo-Christian tradition was the role of the prophet in speaking truth to power and, as well, in discerning false prophets.

One thinks of Amos, the 8th-century BCE shepherd who denounced economic injustice and prophesied the end of Israel’s northern kingdom. One thinks of Jesus, speaking for the poor and denouncing the corruption of the clerical establishment.

In modern America, the exemplary figure in this regard was Martin Luther King, Jr., who in 1965 identified himself as “a clergyman” within “the prophetic Judeo-Christian tradition.” His famous “Letter from Birmingham Jail” took the city’s leading clergy to task for not supporting his campaign of justice there. 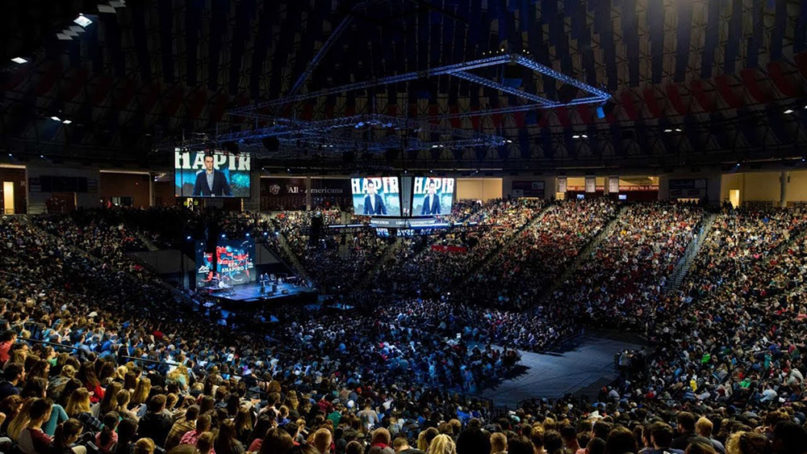 These days, the most prominent Judeo-Christian ideologist is the conservative media phenom Ben Shapiro, whose recent book, “The Right Side of History,” argues that what’s made the Western world great is a combination of Judeo-Christian values and Greek natural law.

“I have long believed that the future of our nation is inextricably intertwined with the future of the Judeo-Christian value system,” Shapiro told a Liberty University audience last year.

So, the question becomes how exactly do we go about restoring the Judeo-Christian tradition upon which the nation was built? How exactly do we bring back the philosophy of the Founders, and restore their promise?

To do that, we have to go back to basics. We actually have to talk about morality in politics. Not just efficiency, not just why our ideas work, but morality; what is good and what is bad, what is right, what is wrong, what is true and what is evil.

Be it said that Shapiro is not exactly a fan of President Trump’s. Back in April, he told The Hill that as much as he likes Trump’s conservative policies, “in terms of the educational mission, he’s I just don’t think qualified to really speak to the foundations of Western civilization.” More recently, he’s taken the position that Trump shouldn’t be impeached because he doesn’t have the capacity to form an intent to commit an impeachable offense. (I’m looking forward to hearing that argument come the Senate trial.)

A few weeks ago, Trump met in the White House with 25 of the faith leaders (dubbed “court evangelicals” by blogger-professor John Fea) who have been at his side since the 2016 election campaign. According to Johnnie Moore, their informal leader, they complained about the effect of impeachment proceedings on their legislative agenda, expressing the sentiment that “they’re trying to impeach us.”

If Shapiro really wanted to put the Judeo-Christian value system into effect, he’d be out there prophesying the impeachment of both the President and the court evangelicals he rode in with. I’m not holding my breath.