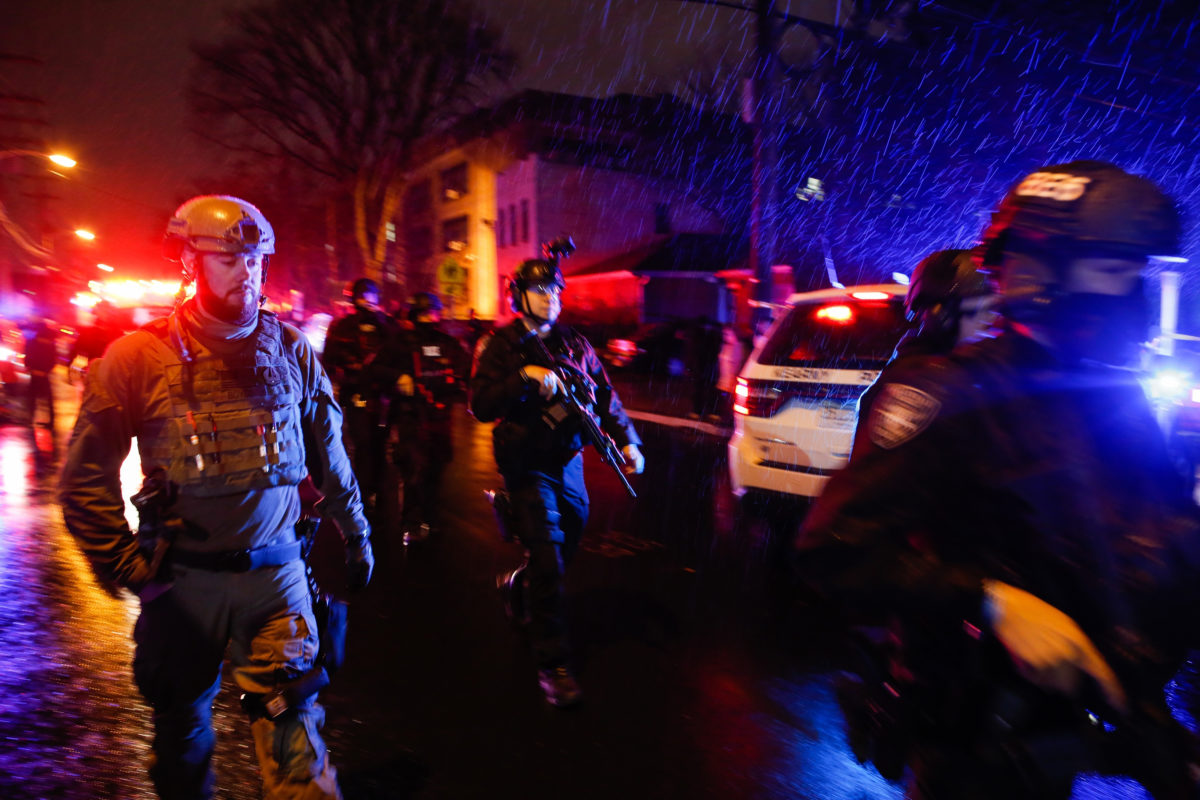 JERSEY CITY, N.J. (USA Today) — Six people were killed — including a police officer — in a raging gunbattle Tuesday (Dec. 10) at a cemetery and corner store, forcing the city's schools to lock down and rattling nearby residents.

Both officers had been released from the hospital.

Authorities said there was no immediate indication of terrorism but did not offer details about how the shooting unfolded or whether any suspects were taken into custody.

"The crime scene is very extensive and is at three locations, at least," Kelly said.

The third location involves a stolen U-Haul vehicle, which was being examined by a bomb squad, Kelly said.

Sacred Heart School, a Catholic school across the street from the supermarket, was locked down, along with all Jersey City schools. No students or staff were harmed, the School District of Jersey City said in a Facebook post.

Anxious parents and loved ones finally reunited with their children after sundown, when 30,000 students at 43 schools were dismissed.

"Our thoughts and prayers are with the men and women of the Jersey City Police Department, especially with the officers shot during this standoff, and with the residents and schoolchildren currently under lockdown," Gov. Phil Murphy said in a tweet.

The shooting began around 12:30 p.m. in the city's Greenville neighborhood, just across the Hudson River from Lower Manhattan.

A stream of loud gunshots could be heard in the vicinity around 2 p.m.

Jersey City resident James Scott, 45, said he was nearby when he heard gunfire.

"I was on the corner of Martin Luther King. Next thing you know there was shots fired. We all ducked to the ground. I got out of here," Scott said.

Andy Patel, who works at a liquor store about three blocks away, said gunfire rang out continuously for about an hour Tuesday afternoon.

"It’s like firecrackers going off. They were shooting like crazy about an hour ago. Then it stopped for like 20 or 30 minutes. The cops were clearing everyone off the streets," he said.

President Donald Trump said in a tweet that he was praying for the victims of this "horrific shootout" and their families.

"We need a lot of prayers right now for Jersey City officers. Keep all those involved in your thoughts," the NJSPBA said.

The incident came days after a Saudi aviator in training opened fire at Naval Air Station Pensacola, killing three and wounding several others before being shot by police.