(RNS) — President Donald Trump’s new executive order directing the government to consider race and national origin when investigating anti-Semitism  has has been met with mixed reviews from American Jews, mostly along liberal and conservative lines.

Though the executive order is broadly intended to help fight anti-Semitic incidents, it may be aimed particularly at the Boycott, Divestment and Sanctions movement, which protests Israel’s settlement policies and has led to intimidation of Jewish students on college campuses.

U.S. civil rights law bars discrimination on the basis of race, ethnicity or national origin by schools that receive federal money. But because the law does not cover religious discrimination, the administration expanded the official designation of anti-Semitism to cover discrimination on the basis of race, color or national origin. The move would allow the administration to respond more easily to incidents affecting Jewish students by withholding funds from schools whose criticism of Israel are perceived to cross into anti-Semitism.

OPINION: Trump’s anti-Semitism order is much ado about not much

The order seems to formalize an administration position that was used to settle a Department of Education’s Office for Civil Rights complaint last month. The civil rights unit alleged that a conference on Gaza at the University of North Carolina at Chapel Hill discriminated against “students of Jewish descent on the basis of national origin” rather than simply “Jewish students” because the law does not recognize religious discrimination.

In that case, UNC, while not admitting to a violation of the civil rights act, agreed to take a series of steps to ensure students are not subjected to a hostile environment and to respond to allegations of anti-Semitic harassment. 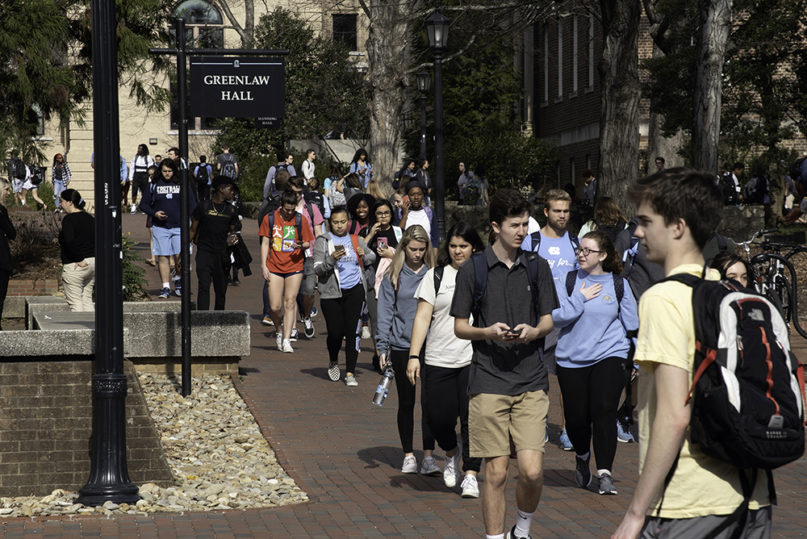 The Anti-Defamation League, which fights anti-Semitism, welcomed the executive order, saying in a statement that it was “an important step acknowledging the growing concern about anti-Semitism on American college campuses.”

Greenblatt was among the Jewish leaders who excoriated Trump for invoking “anti-Semitic themes” in remarks he made in Florida to the Israeli American Council over the weekend, in which the president told the Jewish audience they were “not nice people” but would support his re-election because “you’re not going to vote for the wealth tax.”

But other Jewish groups said the underlying purpose of the executive order was to stifle legitimate criticism of Israel and its policies toward Palestinians living under Israeli occupation.

“President Trump has zero credibility to take meaningful action to combat the scourge of anti-Semitism for which he is partially responsible,” said Halie Soifer, executive director of the Jewish Democratic Council of America, a left-leaning group.

Jeremy Ben-Ami, president of J Street, an organization that defines itself as “pro-Israel, pro-peace,” said the real purpose of the order was to crack down on campus critics of Israel.

“We feel it is misguided and harmful for the White House to unilaterally declare a broad range of nonviolent campus criticism of Israel to be anti-Semitic, especially at a time when the prime driver of anti-Semitism in this country is the xenophobic, white nationalist far-right,” said Ben-Ami in a statement.

Secretary of State Mike Pompeo last month declared that the United States would no longer consider Israeli settlements in the West Bank to be illegal, the latest in a string of actions viewed as hostile to Palestinian interests. The Trump administration has recognized Jerusalem as Israel’s capital, cut American aid to the West Bank and Gaza Strip and shut down the Palestinian Authority Consulate in Washington.

“The executive order will have a chilling effect on college campuses, both on student advocates for justice and on university administrations who may proactively seek to silence Palestinian rights activism to maintain federal funding,” read the statement from the US Campaign for Palestinian Rights.

The order aligns the U.S. government’s definition of anti-Semitism with that of the International Holocaust Remembrance Alliance. That organization says that criticism of Israel cannot be regarded as anti-Semitic, but that claims that Israel is racist, for example, can be viewed as anti-Semitic.