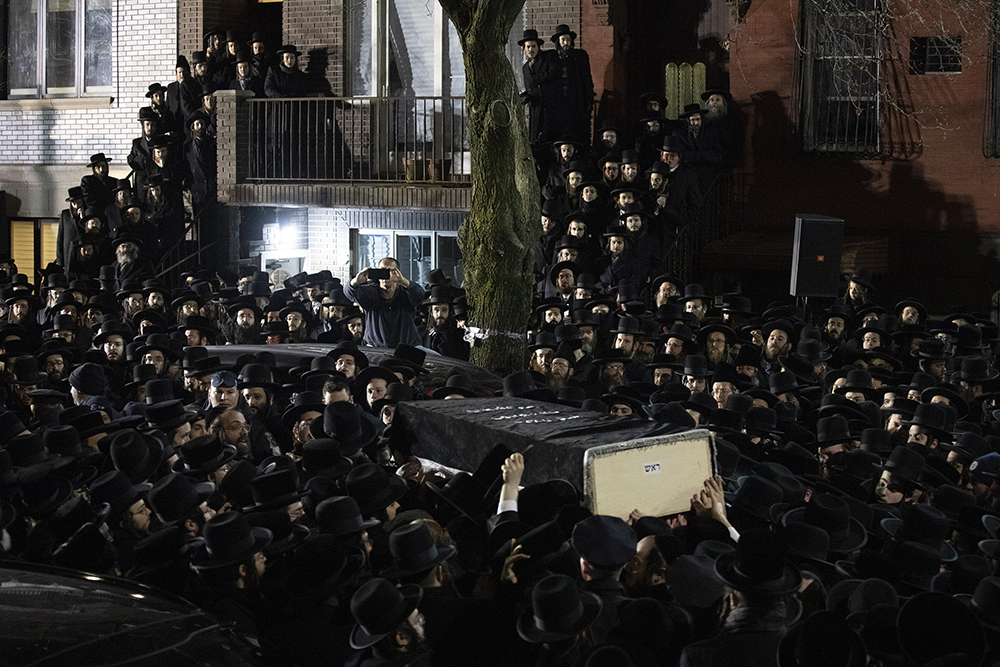 (RNS) — Each week Religion News Service presents a gallery of photos of religious expression around the world. This week’s gallery includes a shooting in a Jewish community in New Jersey, an annual procession in honor of the Virgin Mary near Los Angeles, and more. 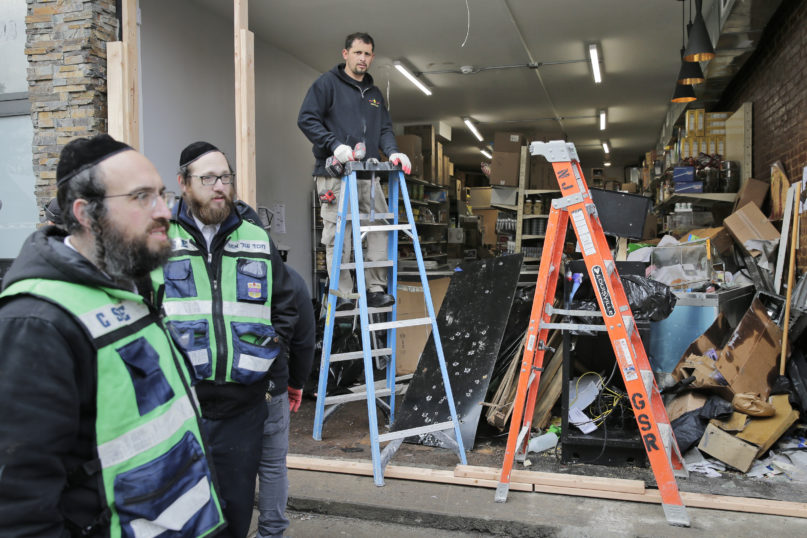 Bullet holes are seen on a piece of metal as people work to secure the scene of a shooting at a kosher supermarket in Jersey City, N.J., Wednesday, Dec. 11, 2019. The city's mayor says gunmen targeted the kosher market during a shooting that killed six people Tuesday. (AP Photo/Seth Wenig) 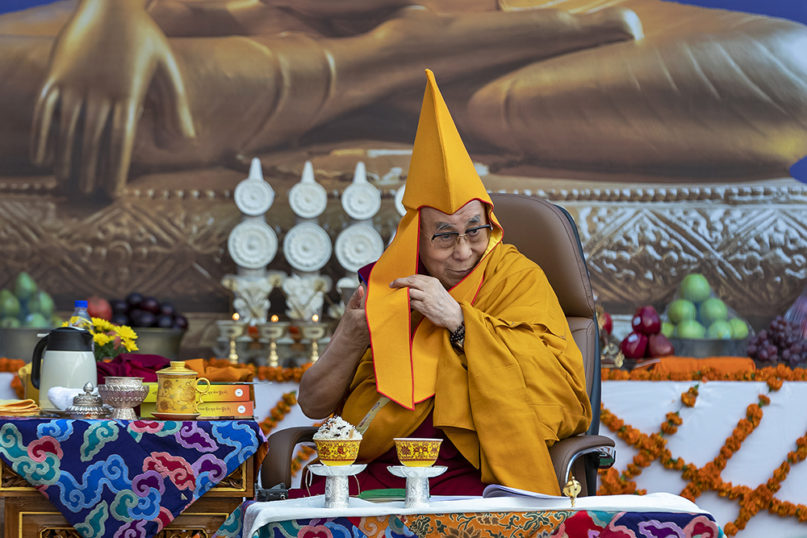 Tibetan spiritual leader the Dalai Lama wears a ceremonial yellow hat of the Gelug School of Tibetan Buddhism at the Kirti Monastery in Dharmsala, India, Saturday, Dec. 7, 2019. The Tibetan leader presided over a function marking the 25th anniversary of the founding of the monastery in exile. (AP Photo/Ashwini Bhatia) 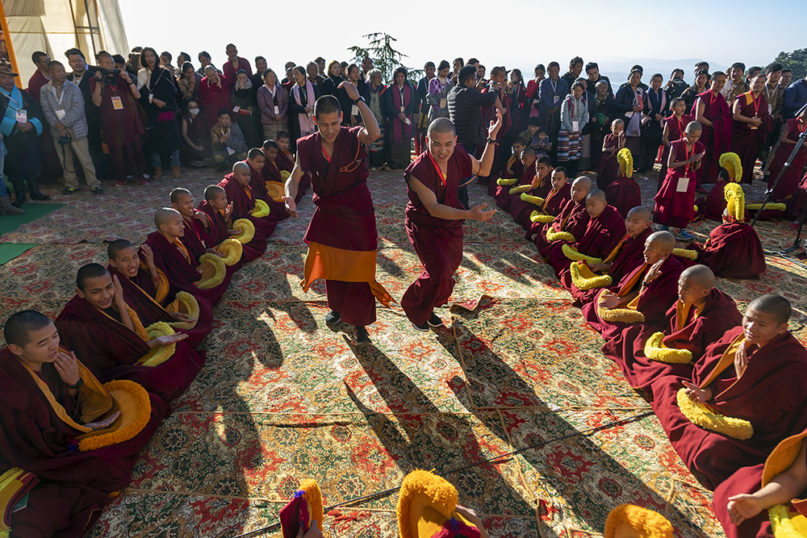 Exile Tibetan Buddhist monks perform by clapping their hands during a debate on Buddhist dialectics at the Kirti Monastery in Dharmsala, India, Saturday, Dec. 7, 2019. Tibetan spiritual leader the Dalai Lama was on hand to mark the monastery's 25th anniversary. (AP Photo/Ashwini Bhatia) 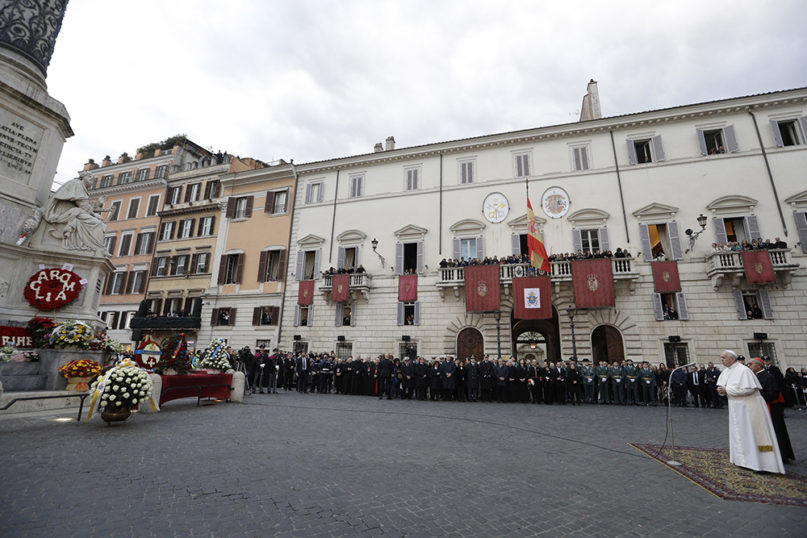 Pope Francis prays in front of a statue of the Virgin Mary, near Rome's Spanish Steps, Sunday, Dec. 8, 2019, an annual tradition marking the start of the city's holiday season. In the background people look out from the balcony and windows of the Spanish Embassy. (AP Photo/Gregorio Borgia) 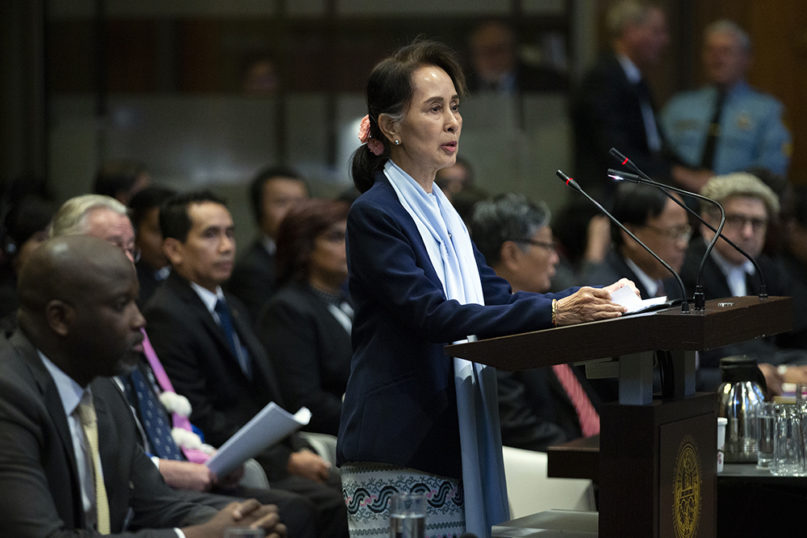 Myanmar's leader Aung San Suu Kyi addresses judges of the International Court of Justice as Gambia's Justice Minister Aboubacarr Tambadou, left, listens on the second day of three days of hearings in The Hague, Netherlands, Wednesday, Dec. 11, 2019. Aung San Suu Kyi is representing Myanmar in a case filed by Gambia at the ICJ, the United Nations' highest court, accusing Myanmar of genocide in its campaign against the Rohingya Muslim minority. (AP Photo/Peter Dejong) 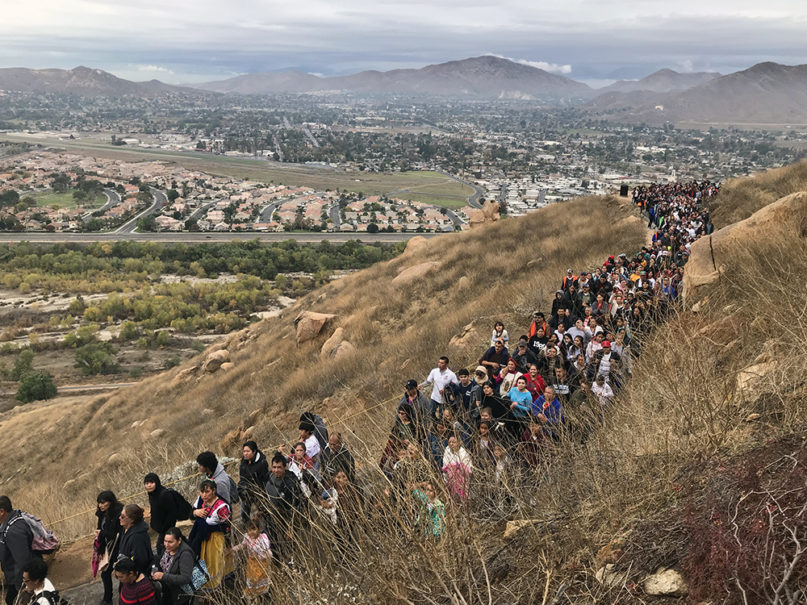 Hundreds of pilgrims hike up Mount Rubidoux, in Riverside, California, as part of a 2.5-mile procession to celebrate the Virgin Mary, Saturday, Dec. 7, 2019. The annual "El Camino de San Juan Diego" takes place the weekend before the Feast Day of Our Lady of Guadalupe, which falls on Dec. 12. RNS photo by Alejandra Molina 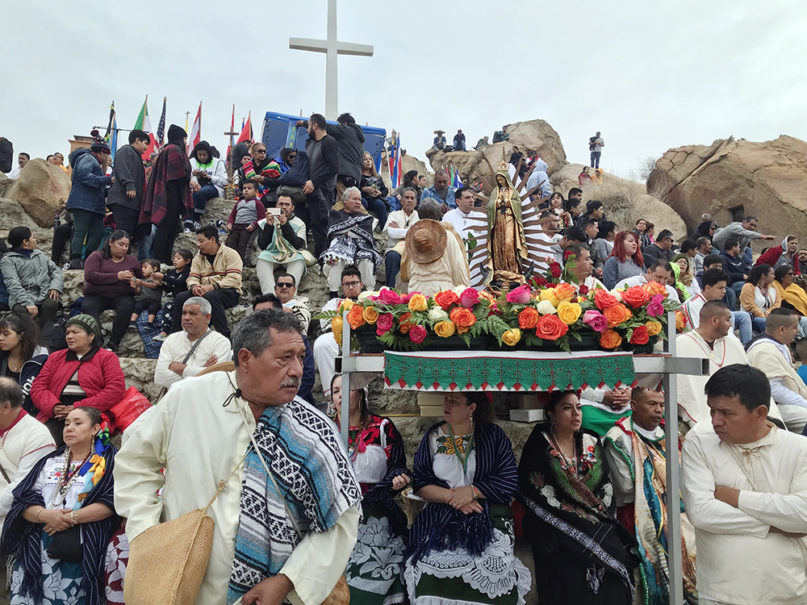 Pilgrims attend a Mass atop Mount Rubidoux at the conclusion the annual "El Camino de San Juan Diego" procession in honor of Our Lady of Guadalupe, in Riverside, California, on Dec. 7, 2019. RNS photo by Alejandra Molina 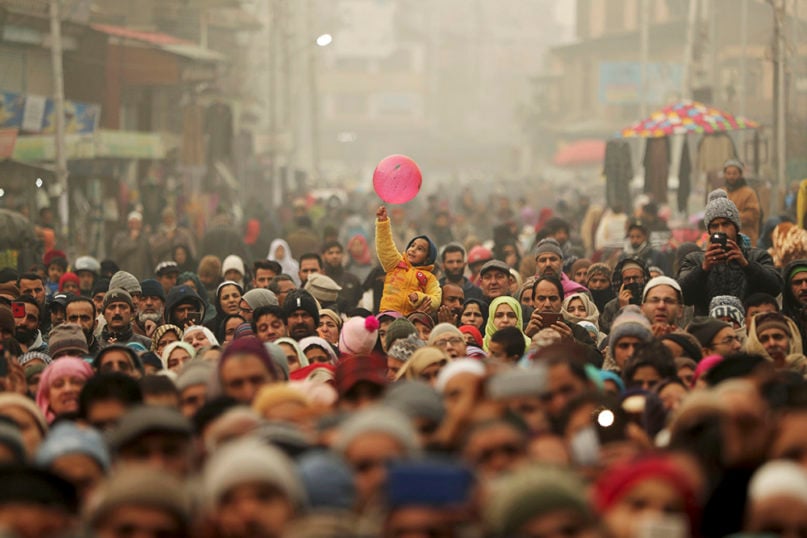 A child plays with a balloon as Kashmiri Muslim devotees offer prayers outside the shrine of Sufi saint Sheikh Syed Abdul Qadir Jeelani in Srinagar, Indian controlled Kashmir, Monday, Dec. 9, 2019. Hundreds of devotees gathered at the shrine for the 11-day festival that marks the death anniversary of the Sufi saint. (AP Photo/Mukhtar Khan) 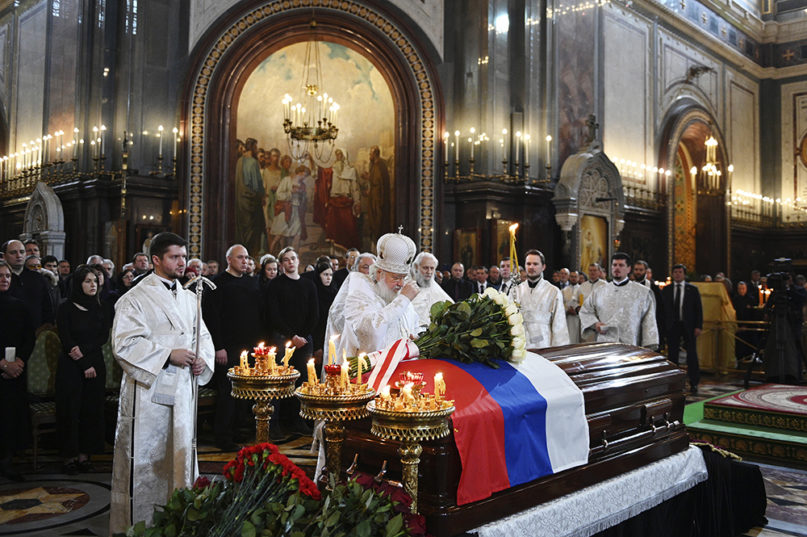 Russian Orthodox Patriarch Kirill pays his last respect to former Moscow mayor Yuri Luzhkov during a funeral ceremony at the Cathedral of Christ the Saviour in Moscow, Russia, Thursday, Dec. 12, 2019. One of the founders of Russia's ruling United Russia party, Luzhkov, has died at the age of 83. (Sergei Vlasov, Russian Orthodox Church Press Service via AP)