The formal church complaint against Heckman was first reported by United Methodist News Service in October.

Four women had filed a formal complaint against Heckman — an elder in the denomination’s West Ohio Conference who is well known in interfaith circles — accusing him of sexual harassment and misconduct, according to UMNS.

“This has been an arduous process, a burden, especially for the complainants. I deeply regret the harm that has been caused to any person due to an act of sexual misconduct by a pastor. There is no excuse,” West Ohio Bishop Gregory V. Palmer said in a written statement from the conference.

“It is my fervent prayer that all who have been impacted by this matter may continue to heal.”

A supervisory statement of understanding was signed by Heckman, Palmer and the West Ohio Conference Cabinet, as well as attorneys for the church and Heckman.

Signers agreed to make parts of the document public, according to the conference, which provided excerpts to Religion News Service. According to the signed document, Heckman acknowledged he was “not faithful to the ministerial covenant in the following ways: ‘immorality including but not limited to not being celibate in singleness and faithful in heterosexual marriage; harassment; and sexual misconduct.'” 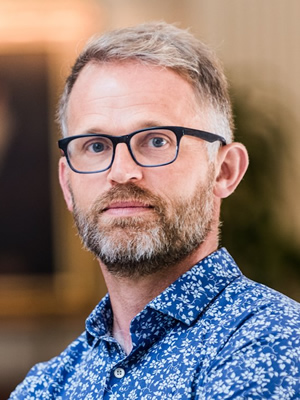 The document also said Heckman will acknowledge “any harm this has caused others.”

Heckman may “represent himself as originally ordained as a United Methodist minister” but may “conduct no ministerial activities in the name of The United Methodist Church,” according to the document.

With a resolution reached, the complaint will not go to a church trial, according to conference.

In a statement written in the third person that he emailed to Religion News Service, Heckman disputed some of the allegations against him.

According to the statement, Heckman acknowledged he had not been “celibate in singleness” but said that in the resolution process, he did not admit “to harassing or harming any of the four women.”

Heckman said he had announced his plans to retire in June 2018 — before the complaint was filed — and “is thankful to have his retirement honored by the church in the resolution of this process.”

Two of the women named in the complaint told The New York Times they were unhappy with the United Methodist Church’s “Just Resolution” process.

The women were not part of the resolution reached between Heckman and the denomination in that process.

“What I hoped was that the church would take a stand and be an advocate for women, to demonstrate that they are honored and protected,” Laura Heckman told the Times. “We were completely isolated and left out of the conversation.”

In total, 15 women have come forward with allegations against Heckman, according to UMNS, though not all of the women were willing to be part of the formal complaint. The four women who filed the church complaint against Heckman did so in November 2018. A committee found enough evidence to charge the elder the following summer with sexual harassment, misconduct and abuse, according to UMNS.

Heckman is cofounder and convener of the Interfaith Funders Group.

His past interfaith work most recently included a position as executive director at the Tri-Faith Initiative. The initiative’s interim director told The New York Times that Heckman left that position in 2018 “in light of allegations of harassment.”