Few movies — wait, few media properties — have been as thoroughly panned as Tom Hooper’s new film adaptation of the 1981 Andrew Lloyd Webber musical, which was in turn inspired by T.S. Eliot’s wildly whimsical “Old Possum’s Book of Practical Cats” (and some inexplicable snippets of his “The Four Quartets”).

“I am hard-pressed at the moment to think of many worse movies,” said The Los Angeles Times.

Variety lamented: “This uneven eyesore turns out to be every bit the Jellicle catastrophe the haters anticipated, a half-digested hairball of a movie.” 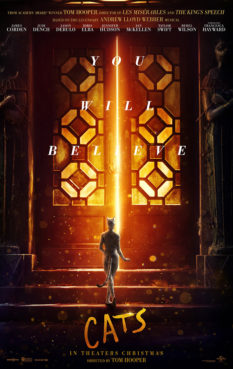 It has a Rotten Tomatoes rating of 20%.

It is projected to lose as much as $100 million.

Or, at least, the most zeitgeist-y movie of our age. As no other film of 2019 has done, “Cats” captures at once the intense spiritual longing of our modern world and its concurrent alienation from established sense and meaning.

If you are having trouble locating the disaffection I’m referring to, here’s a quick refresher: Grimes is having Elon Musk’s baby; Harry and Meghan are “stepping back” from the royal family; Peter Thiel is slowly, inexorably, transforming himself into a vampire; World War III threatens; A reality television star is president. The news of 2020 reads like parody, if any of it were funny.

The earnest shlock and high camp of “Cats” — what else can we call Taylor Swift playing a feline in a pastiche of Eliot’s Anglo-Catholic mysticism? — captures our state of dread. It is the coming of the prophecy that the West’s destruction will come not, Tom, with a bang or a whimper but in a computer-generated bath of ironic amusement.

The philosopher Walter Benjamin wrote, “Mankind, which in Homer’s time was an object of contemplation for the Olympian gods, now is one for itself. Its self-alienation has reached such a degree that it can experience its own destruction as an aesthetic pleasure of the first order.” No one could have foreseen in 1939, when Benjamin penned those sentences, that he was talking about “Cats.”

“Cats” is a story of Eliot’s Jellicle cats, who compete via song and dance, backed by choruses of cockroaches, to be chosen by a fur-wearing Old Deuteronomy (Judi Dench) to ascend to the Heaviside Layer, where they will be reborn into a new life. They sing about felinity and divinity and their desire to go further up, further in — not simply to be reincarnated but to gain a new life in a newer world. 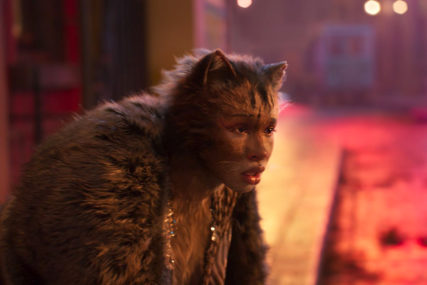 This is an old story that in many other places has been told with sincerity — after all, we humans too devoutly want to ascend to the Heaviside Layer.

In 2020, however, we are terrified of sincerity, so “Cats” tells it through layers of irony and CGI spectacle and the discomforting feline sexuality. Even at that, the sincerity would be too mawkish if Jennifer Hudson, as the outcast Grizabella, didn’t have such a knock-’em-dead voice. But it is this sincere wish to be saved — like Grizabella, despite being the least of these — that is at the heart of the movie.

“Cats,” if you miss my drift, isn’t about cats: It’s about God, but God seen through a glass darkly. Or rather, it’s about that dark glass: the irony we do not know how to get out of. None of us knows whether to laugh or cry at “Cats,” because there is something true, awfully and uncannily true, about its perversely sexualized cats who really just want to transcend who they are.

So together, the audience and I — I, the only sober one, I think, in the theater — laughed and whooped. Together we applauded Idris Elba’s inexplicable nakedness, and together we screamed with joy at Hudson’s high notes, and together we moaned in confusion when Judi Dench, out of nowhere, began quoting Eliot’s most profound verses (“We had the experience, but missed the meaning”), which, I repeat, comes out of nowhere.

I’ve written before how fandom — shared love of a story — can double as a kind of communal religious experience in our purportedly sexual age. Seeing “Cats” with stoned strangers was the apotheosis of that.

For reasons too complicated and on-the-nose to explain, I happened to have with me at the theater a framed print of humanoid cats. As the movie ended, I realized I needed to dispose of it in a symbolically meaningful way. I found the most inebriated person in the theatre and gave the print to her. She was wildly delighted. We had a moment of genuine human connection. Such is the power of “Cats.” It’s not a cult film for its dedicated repeat viewers who tease out deeper meanings. Its cultic power is immediate.

Have the experience. Don’t miss the meaning. 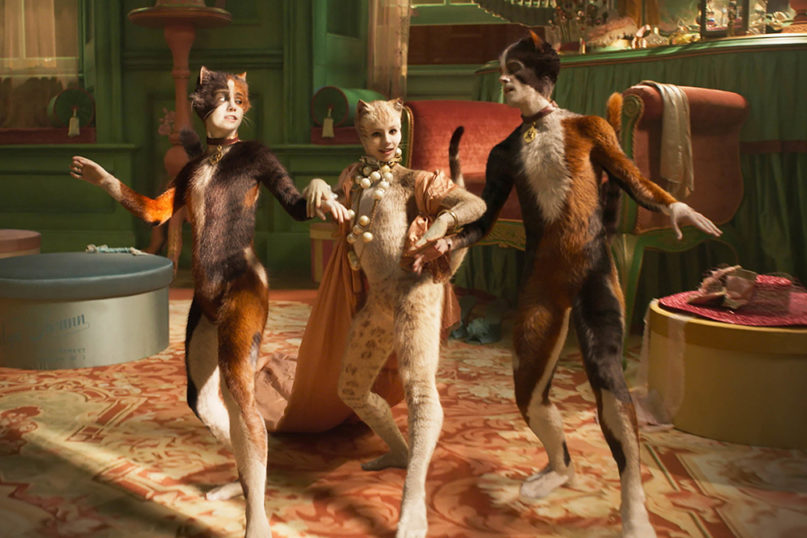 A scene from the new film “Cats.” Photo courtesy of Universal Pictures