(RNS) — It has all the ingredients of a faith-based blockbuster: an astronaut who finds God after she’s pushed to her limits.

But you won’t find “A Prayer in Space” in theaters soon.

The fictional Christian film plays a central role in “Faith Based,” a new satirical film about the Christian film industry that premiered this past weekend at the Santa Barbara International Film Festival.

The comedy stars Luke Barnett and Tanner Thomason of Funny or Die fame as two not particularly pious friends who decide nonetheless to make a Christian film, because, as Barnett’s character puts it, “the entire genre is a gold mine.”

Christian films, the two decide, are made with small budgets and see big returns. And they don’t even need to be good to make money. 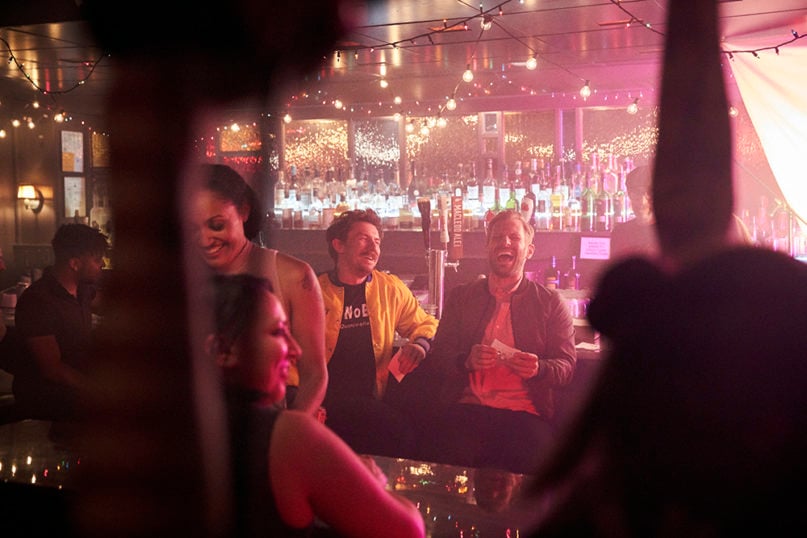 The story was pulled from real life. While pitching projects together with little success, Barnett, who also wrote the film, jokingly made a similar argument for making a Christian film to Vincent Masciale, the director of the film.

Like his character, Barnett’s father is a pastor, and he has watched his father’s church bus members to showings of new Christian films.

And Masciale, who identifies as a Christian, wanted to poke some good-natured fun at “weird things that we do,” he said.

“It’s not making fun of people that believe in something,” Masciale said, noting that some of the movie’s scenes were filmed in the church he attends. “It’s more just kind of taking this idea that there are people who will believe something blindly, and there are people out there that will take advantage of those people.”

“Faith Based,” which also features Jason Alexander, David Koechner, Margaret Cho and Lance Reddick, sold out all three showings at the Santa Barbara International Film Festival, Barnett said. One audience member said it was what he or she wished Christian movies actually were — the best compliment, according to the actor.

But not everyone has been thrilled with the movie.

Before the film was even complete, Breitbart and Fox News published stories dismissing the movie as a “Christian-bashing comedy.” Those stories racked up hundreds of angry comments — some of which ended up being used in a short video to promote the movie in place of a trailer.

“They will laugh today,” reads Barnett, quoting a commenter. “They will cry for eternity.”

According to Brett McCracken, a film critic who has written for Christianity Today and The Gospel Coalition, Biblical stories and movies with religious themes have been around since the earliest days of cinema. That includes many of Cecil B. DeMille’s films, like the 1956 epic “The Ten Commandments” starring Charlton Heston as Moses, which was aimed at a mass audience.

Recent years have seen a series of successful films aimed at evangelical Christians, including the “God’s Not Dead” franchise and a series of films produced by Alex and Stephen Kendrick.

The Kendrick Brothers’ 2006 film, “Facing the Giants,” was financed with $100,000 by a member of Sherwood Baptist Church in Albany, Georgia, where the brothers were pastors, according to reports at the time. They filmed it on the campus of Sherwood Christian School with church members stepping in to act and support the crew.

“The Christian film industry as we know it today is more of a product of the evangelical movement and the latter 20th century and the kind of culture wars,” McCracken said. 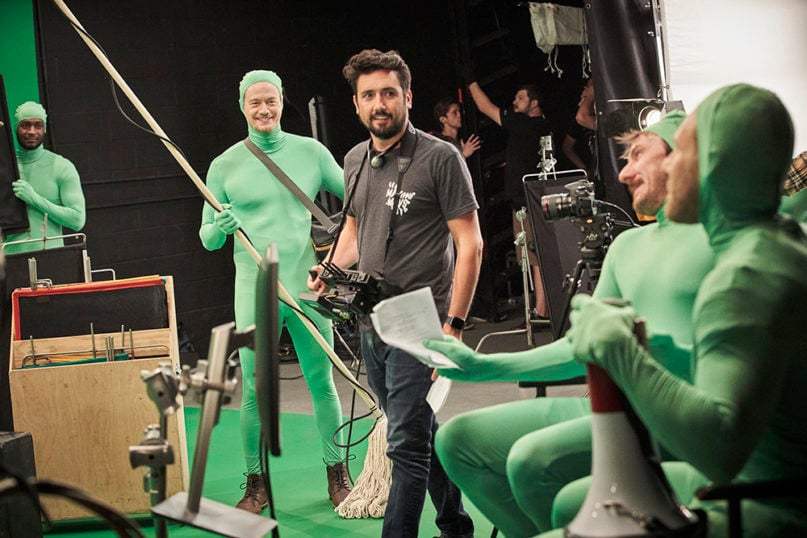 Director Vincent Masciale on the set of the film “Faith Based.” Courtesy photo

Like Christian books and Christian music, Christian movies make money, according to the film critic.

“I really don’t think there’s many non-evangelicals going to see these films, and they are commercially successful because they’re tiny budgets and they make enough money because churches sell out theaters to see them, because evangelical audiences are perhaps hungry for that type of safe, family-friendly content,” he said.

The Christian film industry follows a formula that works, McCracken said. But, he said, it isn’t “blazing any new artistic trail” — skipping to happy endings and downplaying dramatic tension.

“Somewhere in the middle, I think, is where we live as Christians, between suffering and hope,” he said. “And that’s where humans live, and that’s where we’re going to find resonance with wider audiences.”

RELATED: In ‘Hidden Life’, Terrence Malick says freedom is won in standing up for beliefs

Some of the most significant films about faith are being made not by the Christian film industry, McCracken said, but by independent filmmakers like Terrence Malick, whose most recent film, “A Hidden Life,” tells the real-life story of a farmer in Nazi-occupied Austria who, motivated by his Catholic faith, refused to swear loyalty to Hitler. 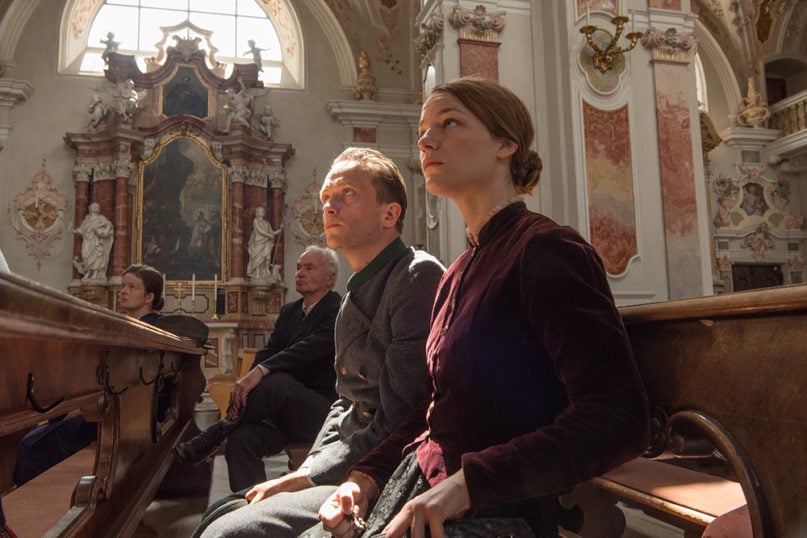 Films like “A Hidden Life” or 2018’s “Won’t You Be My Neighbor?” are “more faithful to the Gospel than anything I’ve seen come out of the faith film industry,” according to Erik Løkkesmoe, whose Aspiration Entertainment worked on the documentary about Fred Rogers.

“But these films are widely missed by Christians (sadly) because they don’t fall into the typical story structure and marketing strategies.”

RELATED: The surprising success of ‘Won’t You Be My Neighbor?’

Aspiration looks for “that ‘middle space’ artist that wants to work out their art with fear and trembling” to fund, distribute and market films and television programs that share a vision of “common grace,” he said. It has worked with films like last year’s drama “Dark Waters,” starring Mark Ruffalo as an attorney taking on forever chemicals, and 2016’s “Last Days in the Desert,” imagining Jesus’ temptation in the desert with Ewan McGregor as Jesus.

“Every film is a faith film. Every story reveals the worldview or faith of the filmmaker,” Løkkesmoe said.

Third Coast Content founder and CEO Ben Howard is a veteran of the faith-based film industry. What critics miss, he said, is that many Christian viewers have different criteria for what makes a good movie: a strong message that lifts up their beliefs.

Howard, for one, is looking forward to seeing “Faith Based.”

“I believe that the skill or talent of being able to laugh at ourselves, poke fun at ourselves, is a necessary trait for life,” he said. “And I think the Christian film business makes for great fodder — and I can say that as somebody who’s lived in it for a long time.”