(RNS) — Karl Barth once famously remarked that a theologian should work with the Bible in one hand and the newspaper in the other. It’s doubtful that Barth had Jack Van Impe in mind when he said it, but that’s exactly what Van Impe did.

For decades Van Impe, who died Jan. 18, and his wife, Rexella, would begin their weekly TV program, “Jack Van Impe Presents,” by scanning the headlines of the week. Jack Van Impe would then read these headlines through the lens of his dispensationalist theology, the approach to Bible prophecy that gave us the rapture. Van Impe’s reading of current events — from the creation of the European Union to Western governments’ and various Christian leaders’ welcome to Islam — gave Christian believers hope that there was a plan amid the chaos of the headlines.

Dispensationalism originated in 19th century Britain and found its foremost proponent in a former Church of Ireland priest named John Nelson Darby, who believed a secret “rapture” of the church would take believers into heaven ahead of the coming “great tribulation.”

Darby’s views were popularized, especially in the United States, by C.I. Scofield’s Reference Edition of the Bible, which laid out how God worked with his people under different divine covenants at various specific periods of time, which he called dispensations. The current age was a great parenthesis brought about by the failure of Israel to respond to the message of Jesus and accept him as Messiah. The eschatological clock had stopped with the resurrection of Jesus; it would resume at the rapture, when the age of the church would end and the great tribulation would begin.

The characters and plot of the tribulation have by now entered mainstream culture: a political leader, called the “Beast” in Revelation 13, will team up with a religious leader (the “False Prophet”) to produce a single world government and religious order.

Van Impe predicted that this regime would promote a merged Christianity and Islam, Chrislam. His popularity, like that of other prophecy teachers, rested on his ability to tap into the anxiety of their faithful. Hard times are coming. The world is a dangerous place. But Jesus will rescue you from the worst of it. Van Impe resented being called a prophet of doom. He thought his was a message of hope — but only, of course, for those who follow Jesus! 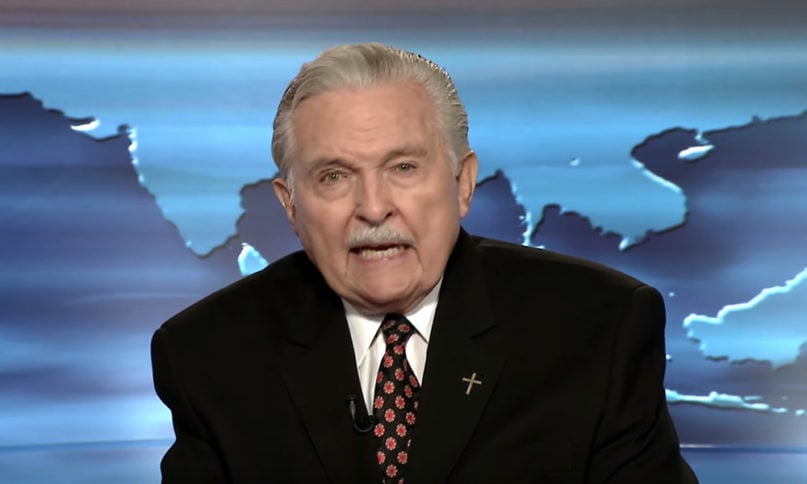 There is a strain of apocalyptic doom in all of Christianity. Both Old and New Testaments encourage readers to pay attention to the world around them and to be alert for signs of divine activity, especially for the time of God’s coming judgment. The Apostle Paul warned that “the Lord will come like a thief in the night” and that Christians must be “alert and sober.” While expressly forbidding his disciples to wait on the end times, Jesus, in his great eschatological discourse in the Gospel of Mark, told his disciples: “Be on guard. Be alert! You do not know when that time will come.” Throughout both Jewish and Christian history, reading the signs of the times and attempting to predict the coming (or second coming) of the Messiah has been a cottage industry.

So-called prophetic texts, of course, lend themselves to a wide variety of interpretations, and generations of prophetic teachers have misread both the texts and their own times, seeing clear signs of the immediate consummation of God’s plan in their own times.

Dispensationalists not only interpret history, but attempt to make it. William Blackstone’s immensely popular “Jesus Is Coming,” first published in 1878 and millions of copies later still available on Amazon, linked dispensationalism with the effort to restore the Jews to their ancient homeland. He worked tirelessly to encourage the Western powers to provide a homeland for the Jews in Palestine. Blackstone was convinced this would not only hasten the coming of Jesus but occasion the conversion of the Jews to Christianity.

Throughout the 20th century prophecy teachers like Van Impe, Hal Lindsey and many others have seen the foundation of the state of Israel and the various conflicts associated with its continuing existence as signs that the rapture and tribulation are near. Christian Zionists have actively worked with the U.S. and Israeli governments to produce what they thought were conditions required for the second coming of Jesus.

Somewhat contradictorily, these teachers have also warned of — and worked against — liberal preachers and politicians who, they imagine, are bringing about the “new world order” — a turn they think is equally inevitable and instrumental. Van Impe was openly critical of President Barack Obama, Pope Francis and ministers like Rick Warren, Robert Schuller and Joel Osteen for this very reason.

That the figure of the Antichrist and the time of the second coming have been consistently misidentified does not appear to depress the appetite of the faithful for new predictions and identifications. The elaborate exegetical house of cards that is dispensationalism seems impervious to collapse however many times the winds of reality blow.

Many Christians will dearly miss Jack Van Impe’s weekly sorting of eschatological signs. But they can be comforted that his death will certainly not mean an end to his message of hope, and warning.

(John E. “Jay” Phelan Jr. taught at North Park Theological Seminary in Chicago for 25 years. He is the author of “Essential Eschatology” and co-author of the forthcoming “Separated Siblings: An Evangelical Understanding of Jews and Judaism.” The views expressed in this commentary do not necessarily reflect those of Religion News Service.) 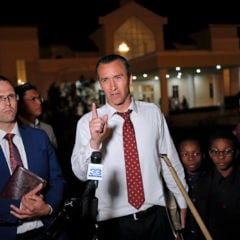 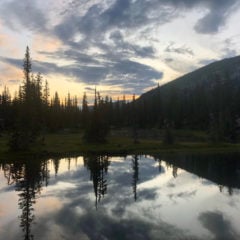 Christianity
Doomsday preppers put faith in God and plan for the end of all things
Follow us on Facebook!
Submit your photos to RNS