“Together, we say that freedom of religion or belief is not a Western ideal, but truly the bedrock of societies,” said Secretary of State Mike Pompeo at a dinner at the State Department launching the alliance that will involve senior representatives of government.

The alliance’s first meeting fell on the eve of the National Prayer Breakfast, which gathers international religious and diplomatic figures once a year to an event chaired by members of Congress and organized by the International Foundation, a secretive Christian organization also known as The Family or The Fellowship.

Poland, one country in the alliance, announced in a joint statement with the State Department that the next Ministerial to Advance Religious Freedom will be held July 14-16 in Warsaw.

“Building on the successes of the 2018 and 2019 ministerials hosted by the United States, the 2020 ministerial will allow countries to share different approaches, debate varying perspectives in the spirit of coherence and complementarity, and address challenges threatening the freedom of religion or belief,” the statement reads.

The two countries said participants at the Warsaw meeting will address “promoting inclusive dialogue to mobilize action and increase awareness regarding the scale of persecution against religion or belief worldwide.”

The State Department issued a list of principles for the alliance that included a commitment to “the right to hold any faith or belief, or none at all, and the freedom to change faith.” The new organization’s priorities include challenging blasphemy laws and the denial of registration to nonreligious and religious groups and advocating for people who are imprisoned or otherwise persecuted due to their religion or beliefs. 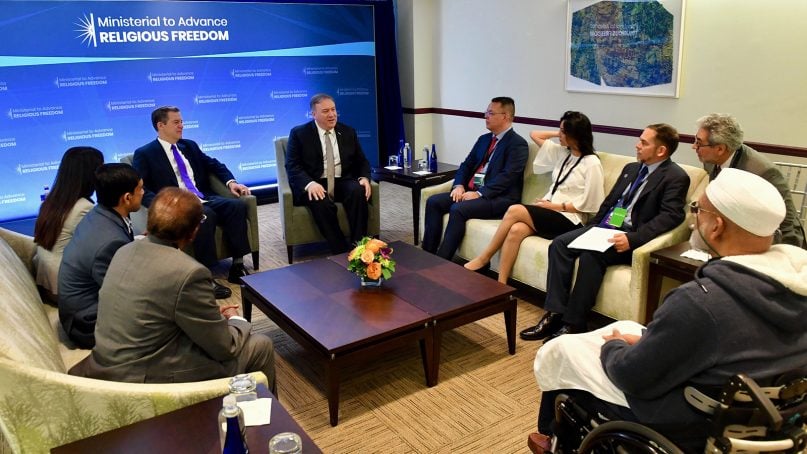 U.S. Secretary of State Mike Pompeo, center, participates in a pull-aside meeting with survivors of religious persecution during the Ministerial to Advance Religious Freedom at the U.S. Department of State in Washington, D.C., on July 18, 2019. Photo by Michael Gross/State Department/Public Domain

The principles did not cite specific countries but Pompeo mentioned the targeting of religious minorities in Iraq, Pakistan, Nigeria and Myanmar.

He singled out “the Chinese Communist Party’s hostility to all faiths,” adding, “We know several of you courageously pushed back against Chinese pressure by agreeing to be part of this Alliance, and we thank you for that.”

Pompeo announced plans for the creation of the alliance at the conclusion of the State Department’s second Ministerial to Advance Religious Freedom in July. He and Ambassador-at-Large for International Religious Freedom Sam Brownback have called it a “first-ever” global group to focus on religious freedom.

President Donald Trump also cited the alliance at a September event on religious freedom at the United Nations, where he described it as “an alliance of likeminded nations devoted to confronting religious persecution all around the world.”

Brownback told reporters on a Jan. 29 conference call that there is “a pretty high bar” for countries included in the group. As of that call, he said 17 had committed to the alliance. Ten more joined over the next week.

Brownback said the alliance would determine “early targets” of its work and be flexible about redirecting its focus.

Humanists UK offered a mixed reaction to the new alliance and its principles.

“There is much to welcome in the Principles of the newly established Alliance, including explicit protection of the non-religious,” said Andrew Copson, the humanist group’s chief executive, in a statement. “We are concerned that some members of the Alliance do not have good track records on upholding human rights, and have in fact used so-called ‘religious freedom’ as a justification for trampling on the rights and freedoms of others, including non-Christians, women, and LGBT people.” 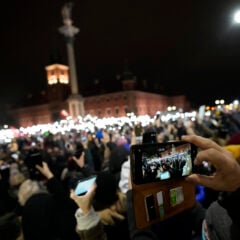