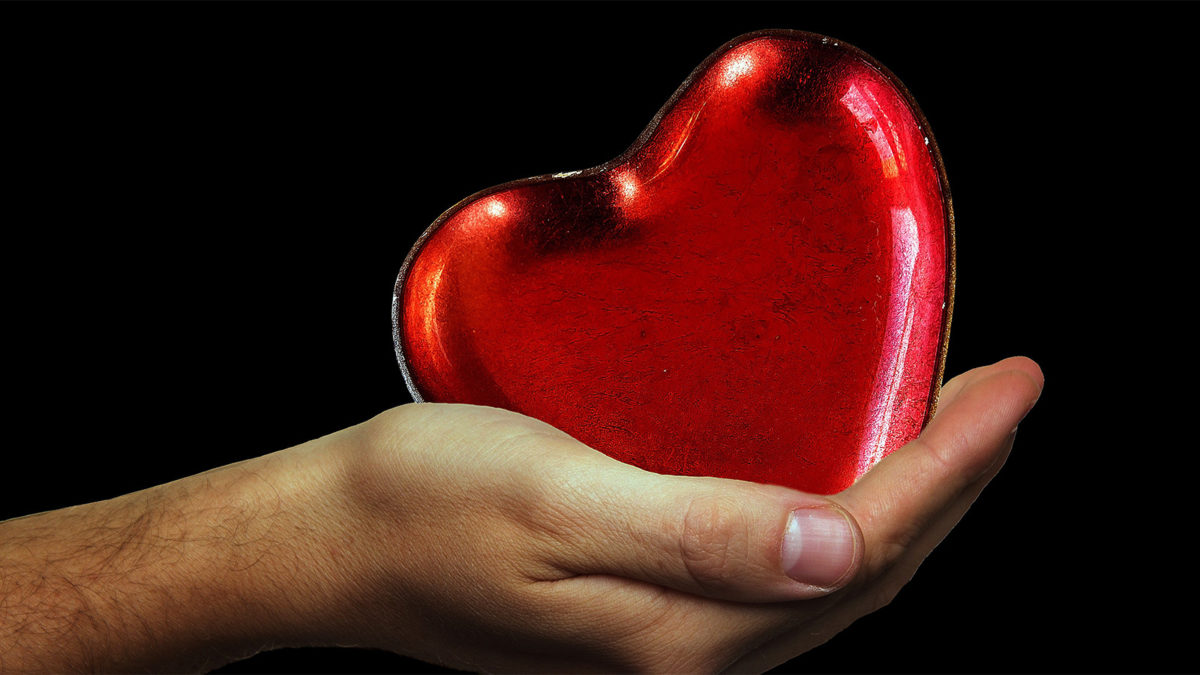 LONDON (RNS) — Last fall, Sikhs around the world marked the 550th anniversary of the birth of Guru Nanak, the founder of Sikhism. Some did it with religious pilgrimages and processions. Others celebrated with brilliant fireworks displays, art exhibits and global tree planting campaigns.

But in Southall — the West London suburb dubbed “Chota Punjab,” or Little Punjab — Sikh leaders at the largest gurdwara outside of India chose to memorialize the occasion in a different way.

“We decided to do something different in the U.K., something that would leave an everlasting legacy,” said Harmeet Gill, a trustee at the Sri Guru Singh Sabha Southall gurdwara. “Not just the usual fireworks.”

So on Nov. 12, Guru Nanak’s day of birth, the gurdwara launched Project 550, a campaign to register at least 550 Sikh organ donors before the end of 2020. With just two weekends of campaigning, they exceeded their target, leaving organizers stunned.

The campaign also received a stamp of approval from Giani Harpreet Singh, who heads the Akal Takhat supreme seat in Punjab and is considered the spokesman for Sikhs around the world, when he visited Sri Guru Singh Sabha Southall in January.

“Guru Nanak Dev Ji and other Sikh gurus devoted their lives to humanity, and some sacrificed their lives for the welfare of others,” said Dhanwant Kaur of the Sikh Welfare and Research Trust, who worked with the gurdwara on the project. “Sikhi teaches the importance of giving and putting others before oneself.”

The campaign is one of a handful of recent initiatives to challenge the taboo around organ donation among Sikh and other South Asian communities in the U.K. That means educating community members about how organ donation aligns with Sikhism’s ethos of seva, or selfless service, demystifying the donation process, and encouraging families to discuss donation at home.

According to an NHS report, rates of consent to donate from white families were around 70% in recent years, compared to about 40% for Asian people. Most minority families who denied consent reportedly did so due to religious and cultural beliefs or uncertainty as to whether the patient would have agreed to donation.

Older South Asians often have hesitations and questions about the prospect of donation, Gill said: Will the nurses look after me if I'm ill and dying, or will they just be interested in getting my organs? What if my organs go into a bad person? Doesn’t my body need to be intact to go and merge with God?

Many immigrants from India, familiar with corruption in the medical system and stories of organ harvesting and trafficking there, also fear organ donation in Britain, he added.

But when most people speak to medical professionals and faith leaders openly about the process and understand that one donor can save nine lives, they typically decide against opting out, advocates said.

“Without a shadow of a doubt, the conversation is shifting,” said Rohit Sagoo, who founded British Sikh Nurses in 2016, which has successfully signed up around 300 donors and spearheaded several campaigns for South Asian live donors, including the viral Hope4Anaya campaign, which found a kidney donor for a 2-year-old Sikh girl. Sagoo regularly visits local gurdwaras and appears on Sikh TV and radio channels to raise awareness about the urgent need for South Asian organ donors.

“We talk about marriage and buying a house, but we don't think about what will happen towards the end of our life,” said Sagoo. “Now families are actually beginning to have that conversation and ask, ‘What will we decide in that moment?’”

A report from the National Health Services found that Asians made up about 16% of patients on the organ donation waiting list between the spring of 2018 and spring of 2019. But the percentage of the deceased Asians who were registered organ donors was far smaller, at just 3.5%.

This gap matters, because, according to experts, the closer the ethnic match between donor and recipient, the lower the likelihood of tissue rejection and negative outcomes in the long term.

And like other ethnic minorities, Sikhs, who advocates say comprise up to 800,000 members of Britain’s population, face an above-average likelihood of needing an organ transplant due to a heightened risk of diabetes, hypertension and other conditions that can result in organ failure. 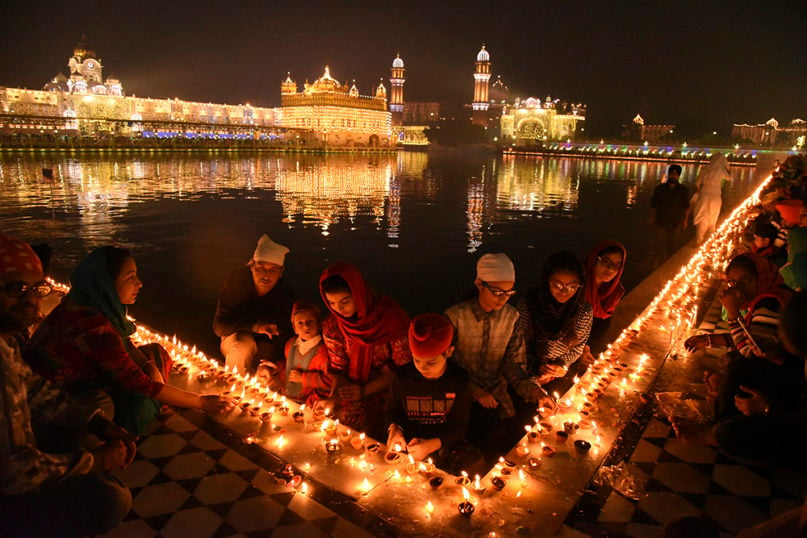 Currently, the average wait time for Asian patients in need of organ transplants is 830 days.

“If you are black or Asian, you will wait on average half a year longer for a matching donor than if you are white,” Health Minister Jackie Doyle-Price said in a statement. “Those six months could be a matter of life or death. We must address this by empowering communities to own the conversation around organ donation.”

England’s upcoming change to opt-out organ donation registry rules will play a crucial role in closing that gap: Beginning this spring, adult residents of England who are over 18 will automatically be considered for organ donation when they die, rather than having to manually opt in. The change is expected to save up to 700 lives a year, the NHS says.

But individuals are free to opt out of the program, and deceased individuals’ families will continue to be asked for consent to authorize the organ donation even if they themselves have opted in.

The change in the law has forced several faith communities to reckon with the question of organ donations' religious permissibility.

After a Sunni Muslim leader and hospital chaplain received questions from several organizations about its permissibility in Islamic law, he issued an edict last year approving organ donation after circulatory death.

A recent survey by the Jewish Organ Donation Association found that, though Jews are more likely than the average Brit to carry an organ donor card, nearly half of British Jews see Judaism’s position on donation to be “unclear” or “very unclear.” The Commonwealth’s Chief Rabbi is expected to issue an announcement on the change in the next several months.

Sikh organizations are now working to educate members of their communities on the new policy change, as well as Sikh beliefs on organ donation, hoping to increase family consent rates among South Asians.

“Even though the law is changing, it will still be the generosity of individual donors and their families who decide at the most difficult time to support donation,” Rachel Newton, a representative of the NHS Blood and Transplant division, told RNS. “We hope the ‘550 and more’ project will continue to inspire a conversation within the local Sikh community and, importantly, encourage people to share their organ donation decision with their families.”

According to the 2019 British Sikh Report, which surveyed nearly 2,500 Sikhs and found that 40% of Sikhs are registered for organ donation, about 93% said they would respect the wishes of a family member wanting to donate their organs after their death.

The British Sikh Report’s analysis of these numbers suggested that religiosity did not notably affect Sikhs’ organ donation registration rates, with these numbers remaining fairly steady regardless of the number of Sikh articles of faith a person wears or whether they have been baptized in a ritual ceremony.

“For the Sikh community, the concept of seva or selfless service is a fundamental principle of the faith,” Jasvir Singh, chairman of the report and of the City Sikhs charity organization, told Religion News Service. “It’s seen in the gurdwaras on a daily basis through the langar or community kitchen, which serves food to everyone as equals.”

But the data shows that the ethos seems to extend to other parts of life, and even beyond death, for many British Sikhs.

“Our fundamental faith encourages us to spend all our life becoming detached from our body and detached from worldly possessions,” Gill said. “It seems ironic that at the end, we would want to become even more attached to the body. But in our faith, once you’ve left your body, it’s just an empty vessel that’s going to decay in the ground or be cremated.”