CHICAGO (RNS) — Years ago, Southern Baptist theologian Albert Mohler wrote an article warning Christians that Eastern meditation, which encourages participants to embrace silence and clear their minds, was “not a means to spiritual growth.” More than being just ineffective, he concluded, it was “dangerous” and “an empty promise.”

But a few years back, I began to explore the practices of silence and meditation — not due to some sort of spiritual curiosity, but out of spiritual exhaustion. Our church was only a few years old, but the process of launching it had taken quite a toll on my wife and me. We were simultaneously full-time parents of young kids and full-time pastors of a young church, and the combination had left us undone. In an attempt to spiritually revive myself, I tried all the practices in the toolbox inherited from my childhood. None of them worked. In my search for something new, I stumbled on something ancient. And meditation has become an indispensable part of my spiritual life ever since.

Silence and meditation have been a part of most religious traditions — most notably, among Hindus and Buddhists — since their inceptions. For this reason, some Western Christians assume that these practices will somehow make them less Christian or open the door to harmful spiritual forces. What many don’t realize is that these practices have always been a part of our tradition, too.

The Bible uses the word “meditation” 23 times, the majority found in the book of Psalms. Ironically, one of my favorite verses has always been Psalm 46:10, in which God invites us to “Be still and know that I am God.” This passage has become the foundation of my meditative practice.

In the New Testament, we find Jesus practicing solitude and meditation as well. The Gospels regularly refer to him retreating to “quiet places.” Away from the noise. Away from the demands. Away to be alone and steep in silence with God.

These cues were picked up by many of our Christian forebears throughout the history of our faith as they integrated meditation into their own spiritual practice. Meditation and interior silence were central practices for the early Christians known as “desert fathers” and “desert mothers” who fled to the wilderness to form spiritual communities in the second century A.D.

Meditation was prioritized by Christian monastic communities, which proliferated in the fourth and fifth centuries. It formed a centerpiece for the spirituality of medieval Christian mystics such as Teresa of Avila and Julian of Norwich. It was the 16th century reformer St. John of the Cross who once declared that “Silence is God’s first language.” But then the Enlightenment happened, and Westerners were drawn to more scientific, systematic and structured ways of being “Christian.”

Western Christians have missed out on much since our abandonment of meditation, both spiritually and physically. It has deprived us of a helpful tool for connecting with the God in whom we place our faith, and it has robbed us of the practice’s many built-in health benefits. From lowered levels of stress to an increased immune system to helping curb and cope with depression and anxiety, meditation is as good for our bodies as it is for our spirits. The evidence of its effectiveness is abundant.

This is why, for the last few years now, I try to begin each day with a simple practice. I close my eyes and set an intention for my attention. I ground my feet into the floor, rest my hands open in my lap, and slow my breath. Rather than chase every thought out of my brain, I simply notice them and let them settle into their proper place on the horizon of my mind. “Praying Through: Overcoming the Obstacles That Keep Us From God” by Jarrett Stevens. Courtesy image

Now comes the counterintuitive part. I set aside everything that could distract me — even things that might be helpful at other times. I don’t open my Bible, I don’t play music, I don’t listen to a spiritual podcast, and I don’t speak any words. These are also wonderful ways to connect with God as well, but they can so easily distract me from just “being still and knowing God.” And then, for five to 10 minutes, I just sit in silence before the creator and sustainer of all things.

Some mornings, God speaks. Other days, God is silent. I’ve learned to cherish both experiences and trust that they are just what I need at that moment.

I’ve done this for a few years now, and I have yet to find what is so potentially “dangerous” about this practice. Instead, I’ve found that it has been a powerful means for spiritual growth. It allows me to come to God just as I am. To show up without an agenda and simply be with God in the midst of all of my exhaustions, frustrations, longings and fears.

Meditation helps me to practice trusting that God is in control of every breath, and it reminds me that he doesn’t need me to perform in order to experience his presence.

There will always be those who issue warnings against seemingly strange or uncommon spiritual practices. And many of them are well-intended. I can appreciate that. But if you want to overcome some of the obstacles that are keeping you from God, looking eastward might just be what helps you look upward.

(Jarrett Stevens is pastor of Soul City Church in Chicago and author of “Praying Through: Overcoming the Obstacles That Keep Us From God.” The views expressed in this commentary do not necessarily reflect those of Religion News Service.) 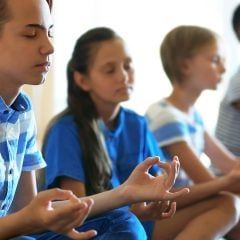 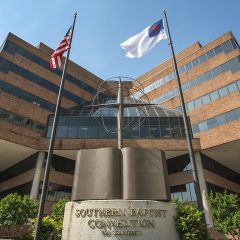 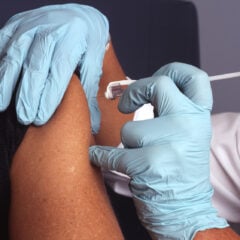 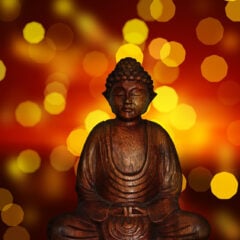 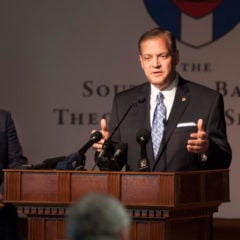 Opinion
Albert Mohler reckons the cost of his Trump support