(RNS) — Two events last week illustrated sharply how expressions of faith are being used in the public sphere. On the floor of the Senate, Senator Mitt Romney framed his impeachment vote in the language of religious devotion, citing his oath “before God to apply impartial justice as a Senate juror.”

A day later, at the National Prayer Breakfast, President Trump used his speech from the dais to criticize Romney’s speech in the Senate and doubled-down on remarks made in December when he questioned the sincerity of Speaker Nancy Pelosi’s affirmation that the Christian imperative to love leads her to pray for the president.

“I don’t like people who use their faith as justification for doing what they know is wrong,” Mr. Trump said, in an apparent reference to Romney. “Nor do I like people who say, ‘I pray for you,’” he continued, turning to Pelosi, “when they know that’s not so.”

Though they are on opposite sides of our partisan divide, Romney and Pelosi have demonstrated the best of what religious belief can bring to the public sphere. The president, meanwhile, continued to use faith as a weapon against his enemies, instead of as a means to love them. In the days that followed the prayer breakfast, many commentators praised Pelosi and Romney purely for their religiosity. This matters. But of greater value to the nation is the resilience, compassion, and courage they showed in using their faith to resist Trump’s attempt to control the political landscape. 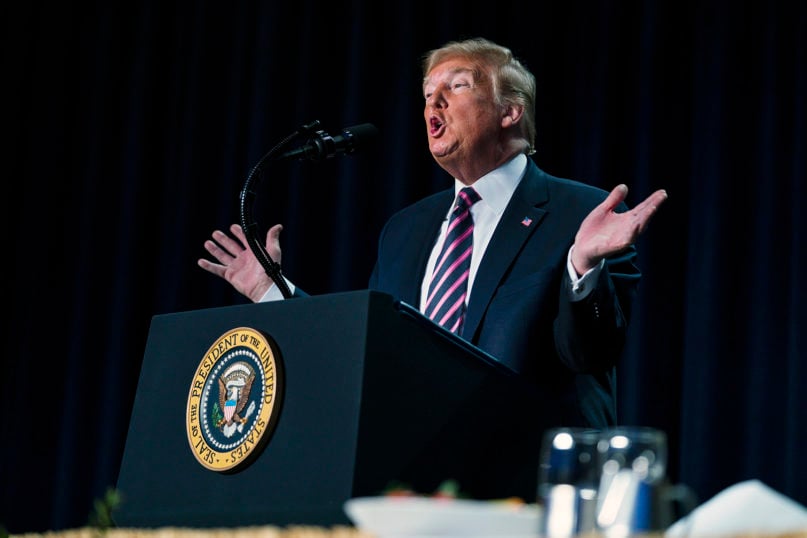 Their example couldn’t have come at a more crucial time. In recent decades, expressions of faith by public servants have become increasingly suspect, and it is easy to see why. One party, Pelosi’s, stopped speaking to the social and political concerns of many believers, just as the other, Romney’s, has manipulated faith to gain power. In doing so, they have weakened both parties at their core: One lost the support of voters with whom their policies may have otherwise resonated; the other neutralized the power of faith by making it unabashedly partisan.

Americans are increasingly suspicious of the role religion plays in public life, with 63% expressing a belief that churches should “keep out of political matters,” according to a recent Pew Research Center survey, and an overwhelming 76% reporting that houses of worship should not endorse candidates. This seems to suggest a growing wariness of the weaponization of religion in defense of partisanship.

At the same time, the Pew survey also showed that more than half of all respondents say religion can be a unifying and moral force for societal good.

We come from different religious communities, but our political activism and civic engagement are grounded firmly and solidly in our shared values. We urge members of all faith communities to search their hearts to ensure that moral beliefs drive their civic engagement. We have a deep interest in ensuring that this engagement meets the highest ethical standards.

How can citizens in a pluralistic society put faith to good use as we select candidates who will best serve our democracy? First, we should never vote either for or against a candidate simply because of their religious affiliation. Further, we should be deeply wary of those who use faith as a means to consolidate power, influence or money. Look instead for those whose religious convictions drive them to care for the marginalized, weak and suffering. Know that deeply held faith expands our love for others, allowing us to move beyond cultural and social prejudices. 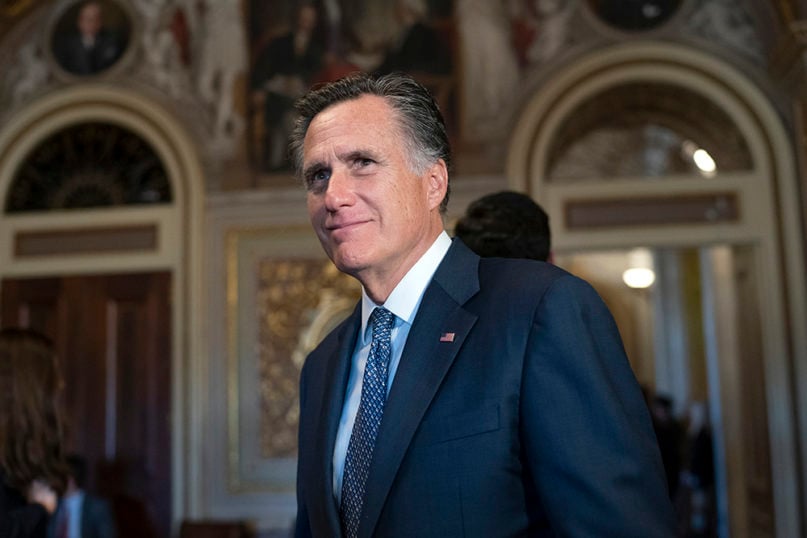 Sen. Mitt Romney, R-Utah, pauses as he speaks to a reporter outside the Senate chamber during a break in President Donald Trump’s impeachment trial, at the Capitol in Washington, on Jan. 29, 2020. (AP Photo/J. Scott Applewhite)

If leaders use religion as a litmus test for office, a weapon for exclusion, or a justification for prejudice, they are not being true to the dictates of their own faith. Finally, candidates or politicians who claim their policy ends justify immoral or unethical means have failed to understand the transformative demands of belief, and we would be wise to question their motives.

In a climate of fear and turmoil, people of sincere and genuine faith have something unique to offer. Joined with other committed citizens, they can help us find the courage to hold true to our political core, and together we can protect the norms and laws that have made America a highly successful democracy.

One does not have to believe in a higher power in order to effectively fight for the soul of the nation, but significant moral power will emerge when we work together, respecting what we each have to offer in the struggle. Faith should push us to unite, to challenge partisanship where we see it and ultimately to serve as our religious values dictate by upholding human dignity and love for neighbor.

(Emma Petty Addams and Jennifer Walker Thomas serve as executive director and senior director of nonpartisanship, respectively, at Mormon Women for Ethical Government. The Rev. Jennifer Butler is the chief executive officer of Faith in Public Life. The views expressed in this commentary do not necessarily reflect those of Religion News Service.)