(RNS) — Generations of American Jewish children have been taught that in the United States, even a Jew could be elected president.

For the first time in history, the Democratic Party appears to be inching closer toward making that a reality. Going into Wednesday’s Democratic debate (Feb. 19), Sen. Bernie Sanders and former New York Mayor Mike Bloomberg, both of whom are Jewish, occupy the top two spots in recent polling.

Sanders, after Iowa and New Hampshire, is now the Democratic front-runner for Saturday’s Nevada caucuses, outpacing his challengers by 7 percentage points in recent polls there.

While Bloomberg’s insurgent campaign has yet to be tested by actual primary voters — he is not on any ballot until the March 3 Super Tuesday contest — Bloomberg has vaulted to second place in the latest national NPR/PBS NewsHour/Marist poll — ahead of former Vice President Joe Biden and Sen. Elizabeth Warren.

“Having two candidates who are Jewish is especially significant,” said Jonathan Sarna, a professor of American Jewish history at Brandeis University. “We didn’t really have Jews in the Cabinet or on the Supreme Court until the 20th century. Even in the 20th century, you find that America was not ready for imagining a Jew in high office; several Jews declined Cabinet appointments in the first half of the 20th century, fearing it would lead to prejudice.”

Twenty years ago, when then-Sen. Joe Lieberman ran as Al Gore’s running mate for the vice presidential slot, a study found very limited negative views of his candidacy, said Kenneth Wald, professor emeritus of political science at the University of Florida who studies the intersection of Judaism and politics. 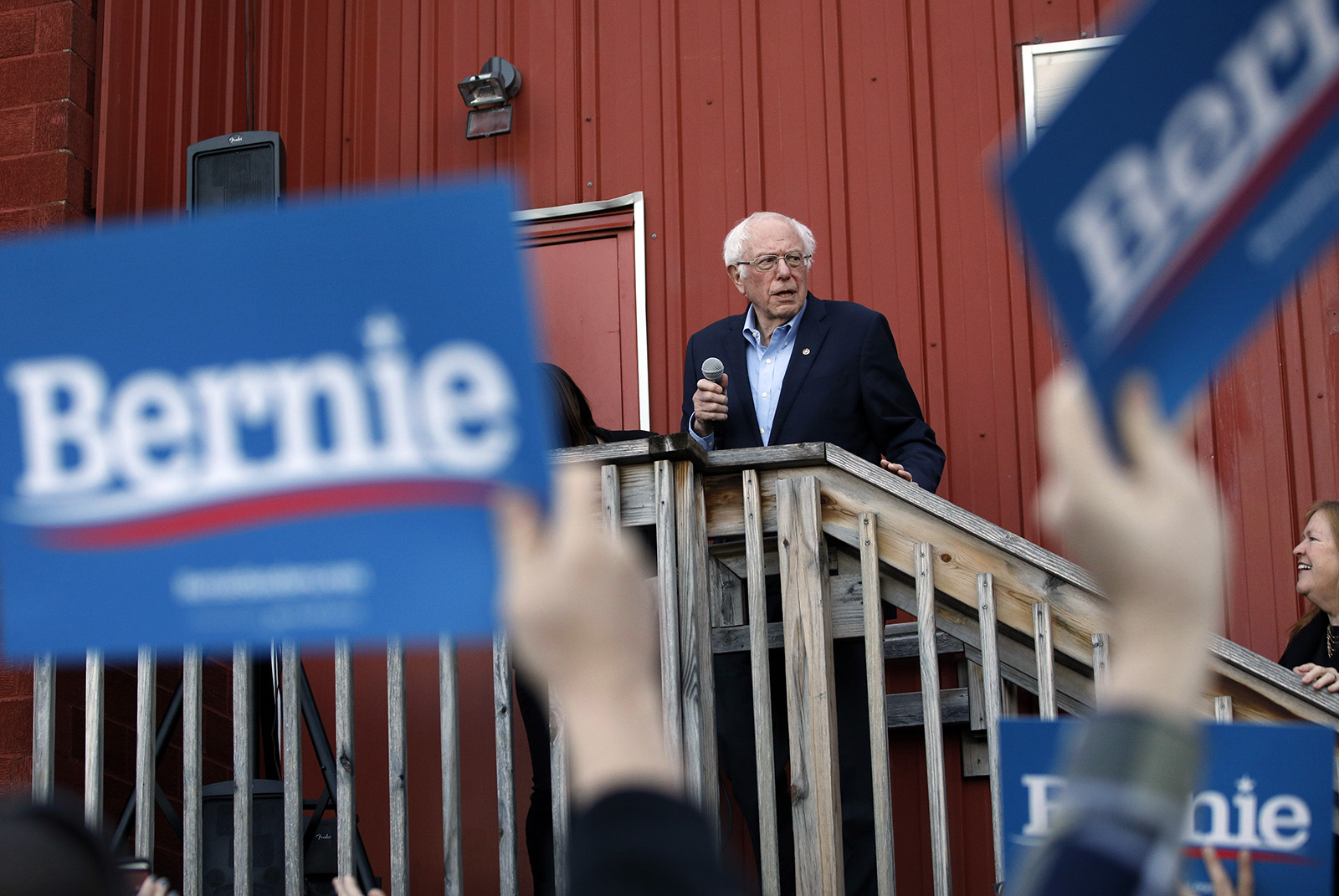 Wald said Sanders, who is not religiously observant, does not attend synagogue and has mostly dodged questions about belief in God, may not have it as easy as Lieberman, a traditionally observant Orthodox Jew with centrist views, whose commitment to his faith appealed to religious voters of all stripes, including evangelical Christians.

“Bernie Sanders is a very different kind of candidate,” Wald said. “Consequently, I’m inclined to think that we’d find more hostility to the idea if we replicated the study.”

Indeed, far from fighting prejudice, Sanders finds himself defending against the notion that he is not Jewish enough. On Monday, Sanders released a new campaign ad, titled “Bernie Would Be the First Jewish President,” that directly challenges the idea that Sanders is running away from his Judaism. The ad appeared targeted to Democratic Jewish voters who may find Sanders too secular or his views on Israel too critical.

“I am very proud of being Jewish and that is an essential part of who I am as a human being,” Sanders declares in the ad.

Bloomberg is a more traditional Jew, and as a New York politician, where Jews are a key constituency, he has a long record of supporting Jewish causes. In a Q&A with the Jewish Telegraphic Agency, Bloomberg said he grew up in a kosher home in the Boston suburbs and for most of his adult life attended his sister’s Passover seders. He has donated to Jewish philanthropies, funding a blood center in Jerusalem that is named for his father, and has been supportive of Israel politically.

Still, the prospect of a major party nominating a Jew for president has many fearing an anti-Semitic backlash at a time when the number of anti-Jewish incidents has skyrocketed.

“Any Jewish American would view the prospect of a first Jewish Democratic nominee with hope and a great deal of pride, but also apprehension,” said Dov Waxman, chair in Israel studies at UCLA. “It will be a test for how far the United States has come in its integration of Jewish Americans and how strong American society and politics is in preventing anti-Semitism.”

Of particular concern to many is that the two Jewish candidates may be susceptible to age-old anti-Semitic stereotypes: the Jewish socialist who wants to blow up capitalism on the one hand and, on the other, the Jewish billionaire who wants to control the world.

“It’s a remarkable paradox: We have two candidates who reflect two images of the Jew that have been so significant in the anti-Semitic literature,” said Sarna.

Stereotypes aside, a Jewish presidential candidate could provoke some who believe Judaism is un-American or a threat to the American Christian majority. In the past two years, attacks on Jews in California, New Jersey and Pennsylvania have been apparently motivated by a variety of anti-Semitic grudges and fantasies. 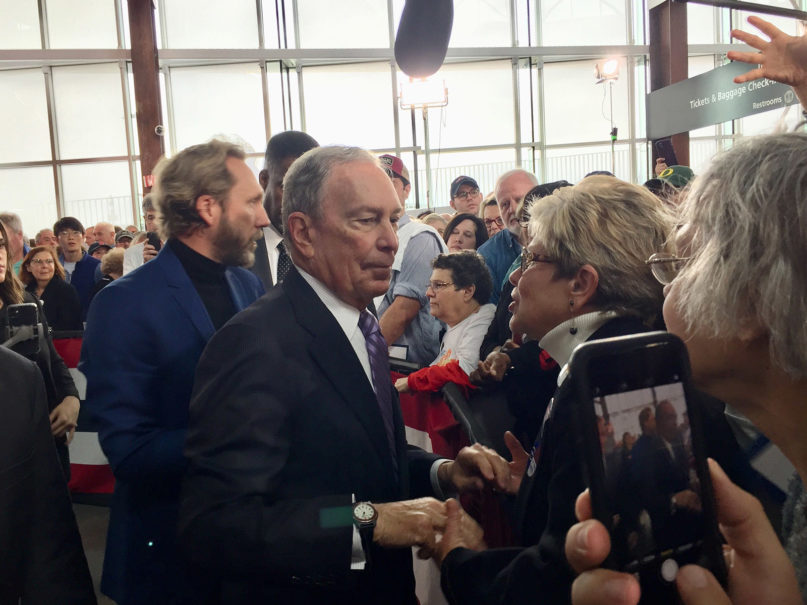 So far, however, Sanders’ and Bloomberg’s Jewishness shows no signs of impeding their nomination.

Sanders supporters who lined up to see the candidate at a rally in Durham, North Carolina, last week said they saw no problem with his Jewish identity.

“He’s not going to win the evangelical bloc anyway,” said Ricardo Rojas, a 24-year-old software engineer. “It’s more about getting liberals to turn out.”

“Most people consider him an atheist anyway, which in terms of electability is worse,” said Heng Mei, a 40-year-old stay-at-home dad of two kids.

For these Democratic voters, the faith of the Democratic nominee, whether Sanders or Bloomberg, will not be an obstacle — just as the race of Barack Obama or the gender of Hillary Clinton proved to be no liability.

“Is it harder? I suppose,” said Steve Rabinowitz, a Washington media strategist, publicist and longtime Jewish Democratic activist. “Was it harder for Catholic Jack Kennedy to get elected? Sure. But obviously it was not impossible. Is it harder for a Jew? Yeah, I’m sure it is. But not impossible, in my mind.”