(RNS) — Rabbi Raachel Jurovics is no stranger to St. Paul’s Episcopal Church in Smithfield, North Carolina.  In past years its rector, the Rev. Jim Melnyk, has invited her to explain to his congregation the Jewish concept of tikkun olam, or repairing the world, and to share the Jewish understanding of Shabbat. On one visit she spoke from the pulpit.

But lately Jurovics has been visiting in her official role, as rabbi-in-residence of the Episcopal Diocese of North Carolina. She and Melnyk are co-leading a weekly Lenten study that examines Jesus’ entrance into Jerusalem, his arrest, crucifixion and resurrection, bringing her perspective to a narrative that sometimes portrays the Jewish authorities as avid for the Christian messiah’s death.

Jurovics’ is one of a handful of such positions in the Episcopal Church as the 1.9 million-member denomination has become more open to interfaith exploration. Rabbis in residence have popped up in the Diocese of Western Massachusetts and at Christ Church Cathedral, the seat of the Diocese of Southern Ohio. The trend is part of an increasing recognition among Christians that their faith springs from Jewish origins and that the Christians and Jews are not in conflict or competition but are complementary.

Jurovics’ role is not yet defined, but, working with the diocesan bishop, Samuel Rodman, and his suffragan, or assistant, bishop, she expects to help develop retreats with clergy and lay leaders and to engage congregations in conversation about the relationship between Judaism and Christianity.

“We have a commitment to lifelong Christian spiritual formation,” said Rodman, whose diocese covers 120 congregations in the middle of the state. “A big piece of that is understanding the tradition out of which we grew and respecting that and learning the gifts of the Jewish tradition — their spirituality, their wisdom, their worship and that they are brothers and sisters.”

Jurovics, who is 74 and recently retired as rabbi of Yavneh, a Jewish Renewal synagogue in Raleigh, accepted the position on a volunteer basis. But it is in many ways the culmination of her lifelong commitment to what she calls “deep ecumenism.” 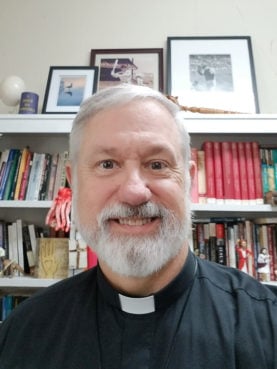 For more than 40 years as rabbi and as spiritual director she has been working to strengthen interfaith ties. Her friendship with Melnyk began in 2001 when the two helped plan a healing service after the 9/11 terrorist attacks. Later her Jewish congregation shared a Raleigh church that Melnyk and his wife, also a priest, then led.

Two years ago, when Melnyk was appointed ecumenical and interfaith officer for the diocese, he suggested that the two have some “holy fun.” They floated the idea of a rabbi-in-residence with the bishop, who was familiar with the concept and had asked Melnyk and Jurovics to co-lead a Lenten clergy retreat during Holy Week in 2019. The bishop signed off on the position.

For Jurovics, helping to incubate a more inclusive spiritual community is part of her own Jewish training. She was a student of Rabbi Zalman Schachter-Shalomi, the spiritual father of the Jewish Renewal movement, who was influenced by Christian, Sufi and Eastern mysticism.

“This is an important part of the paradigm shift we’ve been living into since the Shoah,” Jurovics said, referring to the Holocaust. “We bear a responsibility to manifest and share and elucidate what Judaism brings to the world — that is not only spiritually beneficial to us, but to anyone who might find support or comfort in Jewish learning.”

That sharing is particularly important during Lent. In medieval times, Christians shifted the blame for the death of Jesus from Roman authorities to the Jewish people, often attacking Jews and labeling them “Christ killers.”

More recently, mass violence has abated but anti-Semitic attitudes run deep in Christianity, in part because the Gospel stories themselves suggest Jewish culpability. The Gospel of John, in particular, uses the phrase “the Jews” to describe those who conspired to kill Jesus. It was long taught that the Christian covenant with Jesus supersedes God’s covenant with the Jewish people, and “supersessionism” or replacement theology is still a widely held belief.

“It’s precisely because of the traditional tenor of the season of Lent that for centuries has taken on anti-Semitic overtones that it’s important to hear the voice of our Jewish sisters and brothers in the midst of conversations,” said Melnyk.

This year, Melnyk chose Amy-Jill Levine’s 2018 book, “Entering the Passion of Jesus,” for his church’s Lenten series — partly because Levine, a renowned professor of New Testament studies at Vanderbilt University, is Jewish. 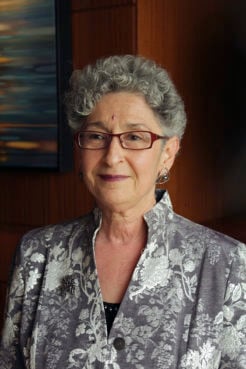 While studying the story of Jesus chasing the moneylenders from the Jerusalem temple earlier this month, the evening gathering of a dozen or so church members considered Jesus’ motives. As Levine points out in her book, Jesus wasn’t objecting to the business of the temple itself, but may have been trying to encourage people who come to Judaism’s holiest site have an attitude of repentance and reconciliation.

Jurovics, who had joined the group via a video link, reiterated that point.

“Jesus making a ruckus required people to stop and think about what they were doing in the most public part of the temple,” she said, adding: “How are we enacting our faith in such a way the person sitting next to us will understand what it is we’re teaching and will feel included and embraced in the community of the faithful?”

Billy Carter,  who attended the Lenten study, said he appreciated Jurovics’ contributions. The attitude of inclusiveness, he said, is one reason he, as a former Southern Baptist, and his wife, a Catholic, joined the Episcopal Church.

“I see so much out there that, unless you look like me, think like me, do the same things I do, then I don’t want to hear from you,” Carter said. “That’s not how I am and that’s not how I raised my children. That’s not how my wife is. We accept people as they are. Walk a mile in someone’s shoes. See what their perspective is.”

That kind of perspective is what Jurovics hopes will come of having a rabbi at a Lenten study. But the job also requires some odd juxtapositions for her: If all goes as planned, after the last day of the Lenten study, she will finish her Zoom session, turn off her computer and join her family for the first night of Passover and the traditional Seder meal.