(RNS) — Gloria Brown thought God had answered all her prayers.

In 1997, Brown was a single mom and social worker living in Jacksonville, Florida, and trying to get ahead. She’d owned her own home and a small rental property but money was still tight. So Brown had been praying for God’s help to make ends meet. Then she got an offer she could not refuse from her friends, Robin and Jerry Colombo.

Jerry said he could get his hands on a million-dollar winning game piece in the McDonald’s Monopoly promotion. He told her he couldn’t claim it but would give it to Brown if she agreed to split the winnings.

“I thought to myself that it was a blessing that came knocking at my door,” Brown said in the HBO documentary “McMillions.”

That blessing, however, soon turned into a curse.

Her winning ticket had been stolen.

And her friends were part of a wide-ranging scam, headed by Jerome “Jerry” Jacobson, who was head of security at Simon Marketing, the company that ran the Monopoly game and other promotions for McDonald’s. For more than a decade, he’d been stealing high-value games pieces – like the million-dollar winner that Brown claimed — and then doling them out to fake winners through a network of recruiters and taking a share of the winnings.

Eventually, Brown and more than 50 others were convicted for their part in a criminal conspiracy that netted more than $24 million over 12 years. 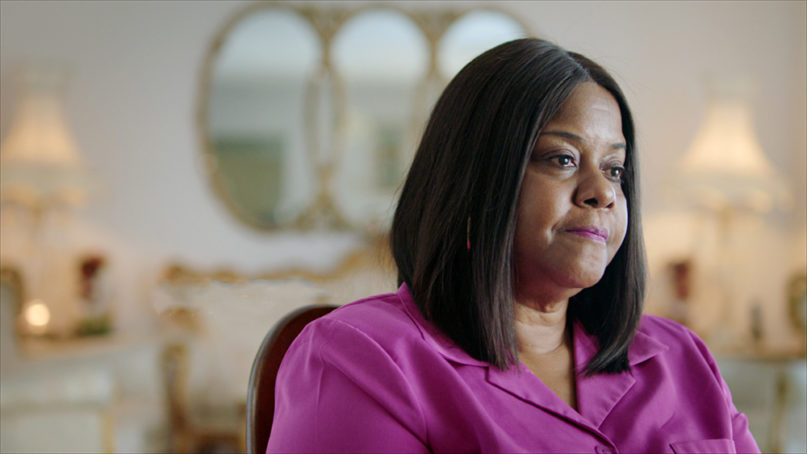 Brown’s story is featured in “McMillions,” a documentary series that premiered earlier this year on HBO. The six-part series also features Mark Devereaux, a former federal prosecutor who oversaw the case; Marvin Braun, whose brother-in-law, Jacobson, masterminded the conspiracy; and George Chandler, a South Carolina businessman who was roped into the conspiracy by his former foster father.

The documentary is part true-crime drama and part morality tale, spiced with a generous helping of religion and redemption, and topped with the surprising twist of a strip club turned church.

Brian Lazarte, who co-directed the series with his friend James Lee Hernandez, told Religion News Service that the Monopoly conspiracy, which went to trial in September 2001, just before 9/11, has often been seen as a “victimless crime.”

McDonald’s didn’t lose money due to the fraud, he said. And after all, someone had to win.

But greed, he said, ruined the lives of hundreds of people, including Jacobson’s co-workers at Simon Marketing. Once the fraud was discovered, the company lost the McDonald’s account and many others and was forced to close. At least one of Simon Marketing’s major vendors went out of business as well. 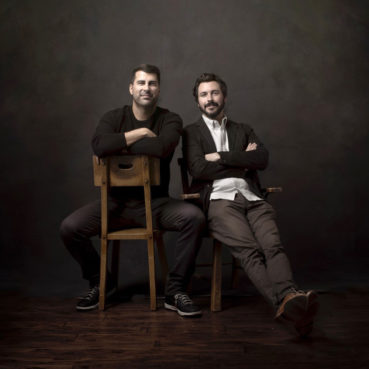 At the time, however, most of the fake winners didn’t think they were committing a serious crime, Lazarte said.

“If you ask them today, did they know that they were doing something wrong?” he said, “they’d say yes. But they felt that it was either justified or not as bad as it was going to end up becoming. We felt like there was a great lesson in that reality.”

Most people, he added, if they had a chance to win a million dollars without hurting anyone, might be tempted.

“We are not perfect beings,” said Lazarte. “That’s one of the central themes of the series — how we all are flawed and we can all be sucked into something like this.”

Co-director James Lee Hernandez said he first learned about the story of the McDonald’s conspiracy from an article online. He later filed a Freedom of Information Act request to get more information from the federal government.

Since the case was closed, the FBI allowed some of the investigating agents to talk. The FBI also gave filmmakers access to a treasure trove of information, including videos of fake winners lying on camera, which makes the documentary compelling viewing.

Because so much time had gone by, some of those involved in the conspiracy, such as Brown, were willing to talk about how being convicted had changed their lives.

Among the most compelling stories is that of South Carolina businessman George Chandler and his longtime friend and former foster father Dwight Baker.

Baker had been a leader in the Church of Jesus Christ of Latter-day Saints in South Carolina, and Chandler, who is now Baptist, grew up in that church. Chandler came from a troubled home and lived with Baker and his wife for several years. Baker, who filmmakers say later lost his role in the church due to his involvement in the scam, recruited Chandler into the conspiracy, telling him he’d gotten a million-dollar winning game piece by legitimate means and offering to sell it to him. 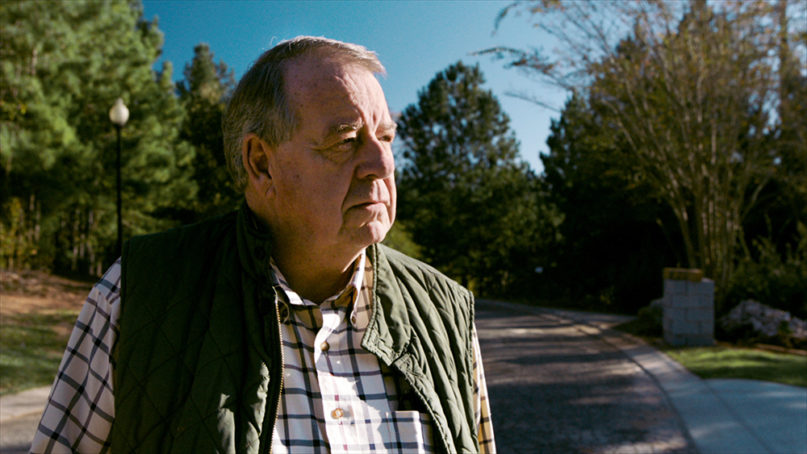 “When Dwight comes to him with this idea, George doesn’t question it because Dwight is someone that he’s trusted since he was a kid,” said Hernandez.

Chandler didn’t find out the game piece was stolen until the FBI showed up at his door. He was convicted but later had that conviction overturned. He’d only spoken once to Baker since the trial ended in the early 2000s.

In one of the most poignant moments of the series, Chandler talks about the pain that Baker caused him and then explains why he forgave his friend and mentor.

“We all make mistakes,” he says in the final episode of the series. “He shouldn’t be faulted for it for the rest of his life. It’s hard to move on sometimes. You can’t ever quite get back to normal. But you can forgive and extend grace to people.”

Brown also talks about how being convicted changed her life and how she has moved on. She told the filmmakers she felt a sense of relief when she finally confessed to her role in the conspiracy. “I did a crooked deed. And I’ve been knocked down,” she says in the last episode. “Just get up and keep moving. And that’s what I did.”

Hernandez said Brown had almost put too much faith in her religion. She saw the chance to get a million-dollar ticket as God’s blessing but didn’t ask enough questions about the ethics of lying about how she got the ticket.

“Then all of a sudden this blessing turns into a curse,” said Hernandez. “ … It’s like karma kicked in right away and she went from this great blessing to ‘I’m in way over my head.’”

The series also includes some funny moments, including one with a religious angle.

Jerry Colombo, one of the organizers of the conspiracy, also owned a strip club called the Fuzzy Bunny. When local officials tried to shut it down, he changed the club’s name to “The Church of the Fuzzy Bunny” to try to get a zoning exception.

“There’s an absurdity to it at the highest level,” said Lazarte. “I think Jerry just hungered for the controversy. He actually got a kick out of the limelight.”

The filmmakers said “McMillions” could have just been a quirky cops and robbers tale. But it turned out to be something much deeper.

“It’s about how sometimes good people make bad decisions and unfortunately, you have to pay for those decisions,” said Hernandez. “But it doesn’t have to define your entire life. There is the ability to be redeemed.” 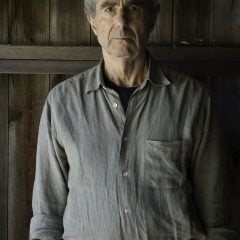 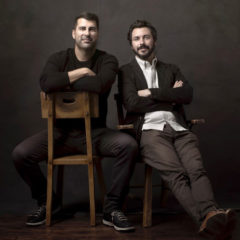 News
A conversation with ‘McMillions’ creators James Lee Hernandez and Brian Lazarte
Follow us on Facebook!
Submit your photos to RNS