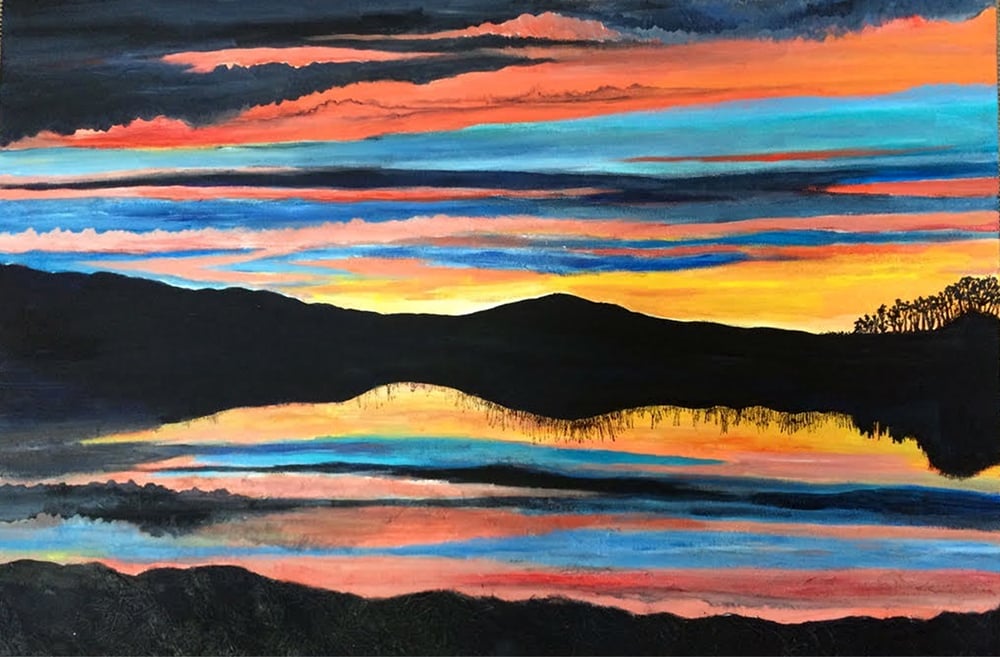 An image from “The Promise of the Land: A Passover Haggadah” by Rabbi Ellen Bernstein. Art by Galia Goodman
April 7, 2020
Yonat Shimron

(RNS) — Ahead of the 50th anniversary of Earth Day on April 22, the Jewish publisher Behrman House issued a new Passover Haggadah with an environmental theme rooted in caring for the Earth.

“The Promise of the Land,” by Rabbi Ellen Bernstein, is intended to guide Jews at the Passover Seder through the biblical story of their liberation from slavery with a newfound ecological emphasis.

Published in February, the Haggadah, or script for the meal, sold out quickly and went into a second printing. Many were so inspired by it they planned “Earth Seders” — either outdoors or using locally grown organic food.

Then came the coronavirus.

But as Jews scramble to organize remote Seders on Wednesday (April 8), when Passover begins, the idea of viewing the Passover story through an ecological lens has taken on new urgency. 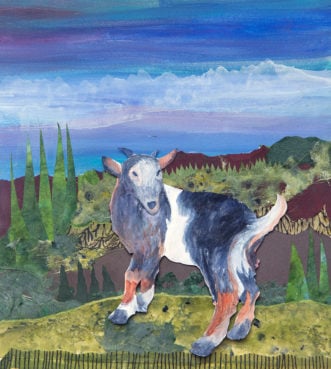 The goat is one animal often associated with the Seder. Image from “The Promise of the Land: A Passover Haggadah” by Rabbi Ellen Bernstein. Art by Galia Goodman

“If climate change is the great test of civilization in the 21st century, COVID-19 is a pop quiz,” said Rabbi Daniel Swartz of Temple Hesed, a Reform synagogue in Scranton, Pennsylvania. “It’s showing us some of the problems humanity has in dealing with long-term, big, international issues.”

Swartz, who is also executive director of the Coalition on the Environment and Jewish Life, plans to drive home that point during a videoconferencing Seder, to which he’s invited a Catholic nun and a Sunni Muslim.

He, like several dozen rabbis, ordered 50 copies of the new Haggadah for their congregations’ use — not only this year, but also in years to come.

In this time of pandemic, the new Haggadah reminds Jews of the origin of Passover as a springtime harvest festival of thanksgiving that connects all living creatures to the Earth and to their responsibility to care for it.

Bernstein, the author of the new Haggadah, has devoted her life to the study of Judaism and ecology. Thirty-two years ago, she founded the first Jewish environmental nonprofit, Shomrei Adamah: Keepers of the Earth.

Inspired by the eco-philosopher Aldo Leopold, the American conservationist, forester and wildlife ecologist, Bernstein studied the Torah with an eye toward identifying verses infused with an ethos of Earth care.

She found them everywhere: verses that implied that caring for the land is inextricably tied up with the Israelites’ relationship to God.

When the ancient Israelites cared for the land and shared its abundance, it brought life; when they neglected the land or overburdened it, it brought death. 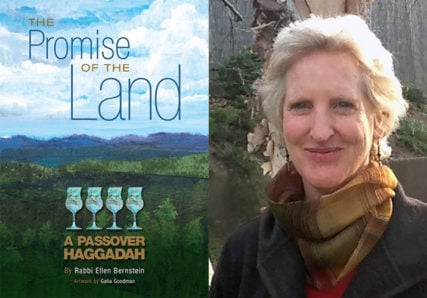 “The Promise of the Land: A Passover Haggadah” and author Rabbi Ellen Bernstein. Courtesy images

“As long as we keep bringing back the first fruits and our generosity to God and to the land, we will continue to receive a land,” Bernstein explained. “Otherwise, we’ll get booted out or there will be a famine. That’s the underlying work that went into the Haggadah.”

Jews have been reinterpreting and embellishing on the Haggadah text for ages. Each year, dozens of new Haggadah versions are published — each retelling the story of the Israelites’ exodus from Egypt through a different lens. There are Haggadahs devoted to the liberation of women, farmworkers, refugees, LGBTQ people, sweatshop workers.

But in a year that has seen the deaths of thousands to a virulent virus sweeping the world, many are finding Bernstein’s Haggadah especially pragmatic in a time of social isolation.

It suggests that participants may substitute arugula or cilantro or another green vegetable for parsley, the traditional vegetable for the ritual blessing of green vegetables. It reminds Jews to appreciate the humble matzo bread, stripped of yeast and other grains and spices consumed in times of plenty. And it suggests that instead of giving money to the child who finds a hidden piece of matzo, called the afikomen, that child and parents consider a donation to an environmental or conservation group.

Avital Abraham, a junior at Ithaca College who helped steer her campus Hillel to organize an Earth Seder this year, said the lesson of this Haggadah, like so many of her environmental studies classes, is that people have to care about the Earth. 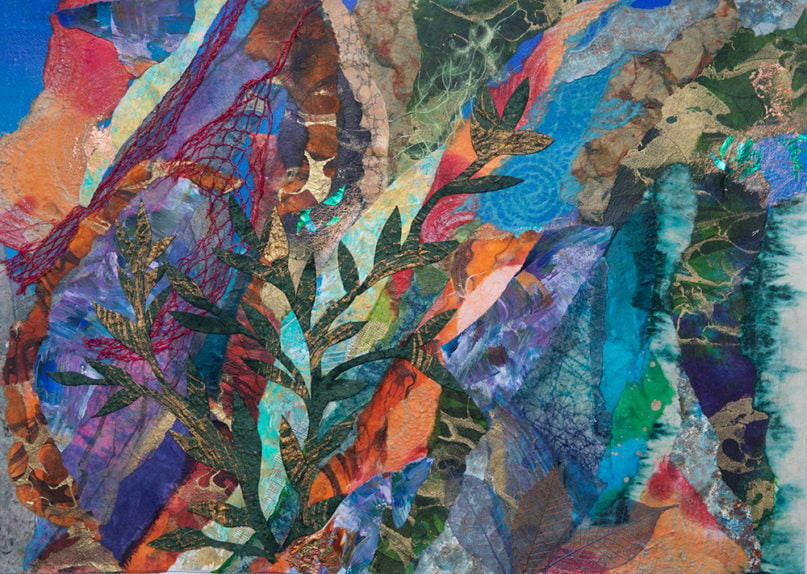 An image from “The Promise of the Land: A Passover Haggadah.” Art by Galia Goodman

Abraham, who works at an apiary on campus and helps collect sap for maple syrup, said the environmentally themed Haggadah  — even if offered online through the Zoom app — is helping her reconnect her Earth activism with her Jewish faith.

There is no more urgent time to do that than now, as Jews, like everyone else, are forced to isolate from others to avoid spreading disease.

“We’re at a time when we’re crying out, and in that crying out we are really getting to understand the effects of our behavior on the Earth,” said Rabbi Jan Salzman of Congregation Ruach HaMaqom, in Burlington, Vermont.

Like many others, Salzman bought dozens of copies of the new Haggadah for her synagogue, Vermont’s only Jewish Renewal congregation. On Wednesday she will facilitate a remote Earth Seder via videoconferencing with breakout rooms for people to reflect on the meaning of the ideas in the Haggadah.

“We could turn the kind of energy we’re putting into COVID into the environmental crisis,” she added. “There isn’t anything more important at this point. This is the crisis.”