VATICAN CITY (RNS) — Cardinal George Pell, who was sentenced to six years in prison after being convicted in late 2018 of the sexual assault of an underage choirboy in the late 1990s, was released Tuesday (April 7) in Australia and all charges were dropped.

Pell was the highest-ranking Catholic leader ever to be convicted of crimes relating to the sexual abuse of minors.

The High Court of Australia, comparable to the Supreme Court of the United States, voted 7-0 to release the cardinal immediately.

“It is evident that there is a significant possibility that an innocent person has been convicted because the evidence did not establish guilt to the requisite standard of proof,” the full decision of the High Court said.

Pell was convicted on Dec. 11, 2018, by the County Court of Victoria on the single charge of sexually assaulting an underage boy and other acts of indecency in the presence of minors. The crimes allegedly took place in St. Patrick’s Cathedral in Melbourne, Australia, where Pell served as bishop between December 1996 and February 1997.

The 78-year-old cardinal — who has maintained his innocence — spent 13 months and 10 days in prison, mostly in solitary confinement.

The High Court decided that the testimony of the alleged victim was impossible to reconcile with the facts surrounding where and how the crimes were allegedly committed.

“I have consistently maintained my innocence while suffering from a serious injustice,” Pell said in a statement after his release.

The cardinal said he looks forward to reading the judgment of the High Court, which he said “remedied” the injustice of his conviction.

“I hold no ill will toward my accuser, I do not want my acquittal to add to the hurt and bitterness so many feel,” he said. 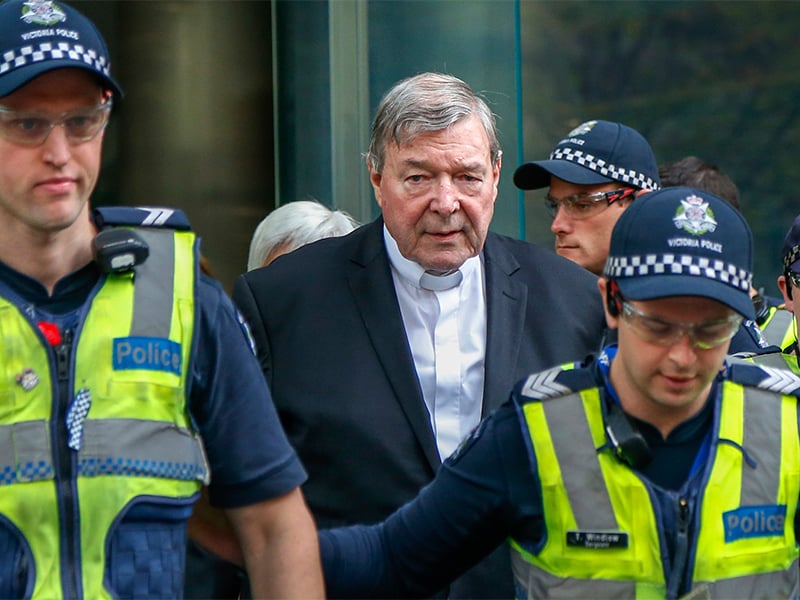 Pell said his trial was “not a referendum on the Catholic Church” and does not reflect how church authorities “dealt with the crime of pedophilia in the Church.”

The cardinal thanked his advisers, his friends and supporters overseas and his legal team “for their unwavering resolve to see justice prevail, to throw light on manufactured obscurity and to reveal the truth.”

In 2013, Pope Francis appointed Pell to the Council of Cardinals, a select group of prelates called to advise the pontiff on the government of the Catholic Church and help enact the reform of the Roman Curia, the system of offices and departments that make up the Vatican bureaucracy.

The following year, Francis selected Pell to lead the Vatican’s financial reform as prefect of the Secretariat for the Economy.

The Vatican’s finances are currently under scrutiny since the Catholic institution became involved in a controversial purchase of upscale rental properties in the United Kingdom.

Pell was removed from the Council of Cardinals in December 2018 and his role as prefect expired in February 2019. The new prefect of the Secretariat for the Economy is Jesuit priest Juan Antonio Guerrero Alves.

“The Holy See, which has always expressed confidence in the Australian judicial authority, welcomes the High Court’s unanimous decision concerning Cardinal George Pell, acquitting him of the accusations of abuse of minors and overturning his sentence,” a Vatican statement said on Tuesday.

“At the same time, the Holy See reaffirms its commitment to preventing and pursuing all cases of abuse against minors,” it added.