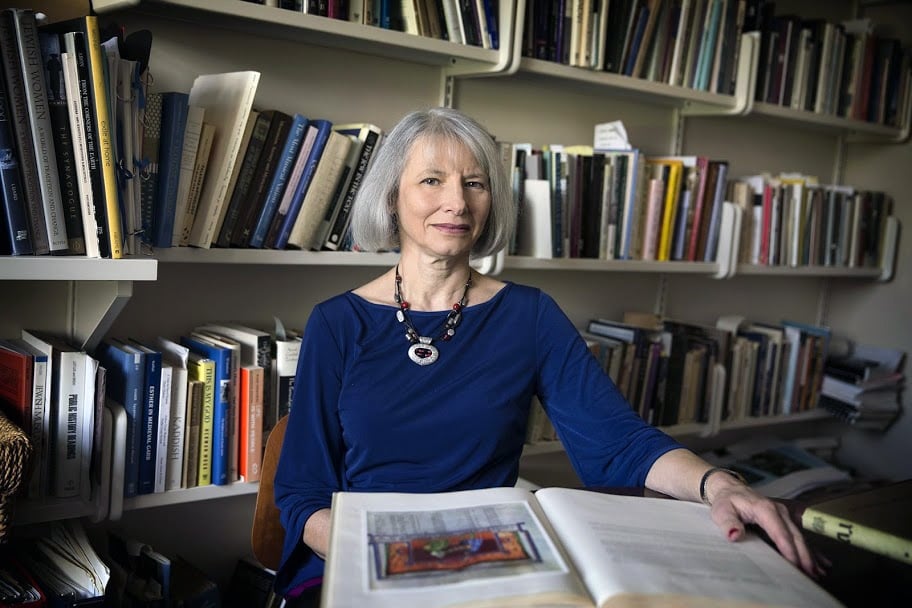 (RNS) — The manual Jews pull out from the dining room credenza or the recesses of the kitchen pantry each year at Passover is one of the most cherished pieces of Jewish ritual culture: the Haggadah.

Vanessa Ochs, an anthropologist of religion at the University of Virginia who studies material culture, was drawn to it precisely because of its DIY qualities that have been subject to endless imaginative retellings.

Her lively new book, “The Passover Haggadah: A Biography” recounts how this wine-stained script, handed to each participant around the seder table, evolved as a vehicle for telling the Exodus story of the Israelites’ liberation from slavery in Egypt.

That evolution will continue amid the coronavirus pandemic as, on Wednesday (April 8), the first night of Passover, Jews conduct virtual seders, joining with family and friends via computer video to read, chant, sing and perform its contents, with many using a digital version of the Haggadah for the first time.

There are literally thousands of versions of this manual developed over nearly 2,000 years. Ochs describes the Haggadah’s origins in biblical and rabbinic literature, its flourishing in illuminated medieval manuscripts and its mass production with the advent of the printing press. She examines its various iterations, including those created on the Israeli kibbutz that excluded God and those created after the Holocaust, which substituted the Ten Plagues with the names of concentration camps. Then there are the most recent versions, including one featuring the protagonist from the hit TV show, “The Marvelous Mrs. Maisel.”

In this interview, which was edited for length and clarity, Ochs explains why she doesn’t think future iterations might include the coronavirus as an 11th plague.

Her book, available in audio and digital format too, is part of Princeton University’s series on the Lives of Great Religious Books.

How did you wind up writing a biography of the Haggadah?

I study ritual objects and material objects. The Haggadah is an intriguing piece of Jewish material culture. Unlike the Torah scroll that has to be written in a particular way and handled in a particular way, there are no rules for how the Haggadah is to be handled. Many people will take their two-dozen Maxwell House Haggadahs, put a rubber band over them and stuff them into the same box with their seder plates and mixing spoons. When they pull it out next year it will still have wine stains and matzo crumbs in it. It’s a beloved text but we treat it in a funny kind of way.

How would you classify the Haggadah as a genre? Is there anything like it in other traditions? 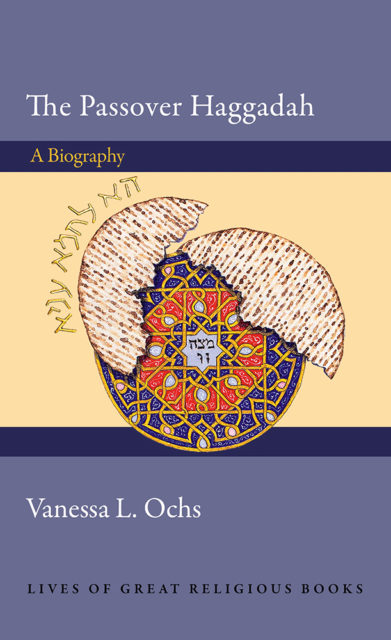 “The Passover Haggadah: A Biography” by Vanessa Ochs. Courtesy image

Not that I know of. It’s a ritual handbook meant for laypeople to use at home at their dining room tables in order to lead an extremely complex ritual practice on your own without a ritual expert nearby. I imagine for Christians, it might be like, “This is how you do Communion on your own.” There’s no book for it.

It uses as its basic building block, knowledge of the biblical Book of Exodus. And while it’s assumed the children may not know the story, the parents do.

Why is the story of the Exodus so central to Judaism?

It’s a demonstration that God keeps God’s promises. The most central is that when God’s people are enslaved, God hears their cry and helps them to move toward freedom. The idea that God can hear your cry and God can bring you to a place where you experience salvation or a home is huge.

The second most important part is that because this happened to you, because you were enslaved, you can understand the soul of the person who suffers. It sculpts your soul in such a way that you hear the cry of others and it makes you responsible for addressing their needs and acting as God’s partner.

Moses isn’t mentioned in the Haggadah. Why?

When the story is read from the Torah we know Moses is the great hero, the great teacher, the great sage. It’s not that we repress the significance of Moses. But on this holiday there’s a ritual obligation to focus on God, and we shouldn’t be distracted by Moses.

Explain why Jesus’ Last Supper may not have been a Passover meal.

The most compelling evidence to me is that every single meal when Jews gathered together, there was always a blessing over bread and wine. It doesn’t mean it’s necessarily a seder.

Also, the seder only comes in around the year 200. The seder emerges after the destruction of the Temple when it’s no longer possible for the Israelites to mark Passover by coming to the Temple and bringing their lambs to be sacrificed and eating some of the lambs and hearing the Levites chant the Hallel song of praise.

Passover was a festive, joyous pilgrimage holiday without a Haggadah. When the Haggadah is created, it’s compensatory. It’s a virtual Passover. It uses words and symbols and stand-ins for a ritual practice that can no longer be done. Sages came up with strategies, and this one has more or less survived. In many ways, it’s like the virtual seder we’ll be having now.

Do most contemporary versions have new additions such as a symbolic cup of wine for Miriam and an orange on the seder plate?

If it’s a Haggadah meant for liberal Jews, it’s very frequent to see instructions for a Miriam’s cup, less so for an orange. My own feeling is that the orange will fade away. The orange on the seder plate is a complex story. It involves telling a story that never happened, which involved a rabbi saying a woman on the bimah (or stage) makes as little sense as an orange on a seder plate. Miriam’s cup speaks to an equivalent. Elijah has a cup and Miriam has a cup. Miriam does play a role in the Passover story. She really is a source of leadership and optimism. She’s been there all along but women haven’t been empowered to ritualize her powerful presence.

Do you see the coronavirus emerging as the 11th plague?

I don’t. The plagues of the Passover story are literary. They’re about how God punishes bad Pharaoh and Pharaoh’s people. This is punishment deserved. When God decided to take it away, God does that. The frogs came and the frogs went. I can’t say theologically that the coronavirus is brought by a loving God to people who need to be punished and God will take away the virus at the end of the punishment. I can’t even begin to think of the virus as a plague that is like the plagues of the Passover story.

Related Posts
By Will Berkovitz
The Talmud has a lesson for our cancel-culture world
By Yonat Shimron
At Shavuot, 3 NC synagogues find unity in online Torah study
By Jeffrey Salkin
Don't let COVID 19 kill the synagogue!
By Eboo Patel
Passover, Easter, Ramadan — and interfaith America in action
By Stephen B. Chapman
This year Easter will feel more like Passover