(RNS) — We are in mourning these days, we Christians.

During these holy days of Maundy Thursday, Good Friday, Holy Saturday and Easter, we remember the life, the death and then, finally, the life after death of the founder of the Christian faith. We remember Jesus, a prophet born into exile in his own and his ancestors’ lands, who was put to death on trumped-up charges by the latest in a succession of colonial overlords who, despite whatever else they said, simply wanted to shut him up and keep his people safely underfoot.

For black Christians, the solemnity of these days and the impetus to celebrate Jesus’ resurrection is threatening to be overshadowed by more intimate and immediate deaths of friends and family as a result of the coronavirus.

We read reports about disproportionate numbers of black people dying from the virus in cities like New York and New Orleans, as we are dragged down by comorbidities that are themselves the result of being born in exile in our own and our ancestors’ lands.

Although our birth, blood, and toil should have bought us full citizenship, we have never been full partakers of the blessings of liberty in the land of the free and the home of the brave.

As COVID-19 has ravaged the land, our bodies were already weakened by racism, poverty, unemployment, the carceral system and by being front-line workers in a host of jobs like those in service industries where we often have close contact with the public but rarely have paid sick leave. In a final irony, some were wounded by being uninsured in a pay-as-you-go health care system that was never particularly sensitive to the care of black bodies.

Often celebrated for the resilience of our community by people who never stop to wonder why we have had to be so resilient or what they can do to lighten the loads we bear, the black community in the United States has grown expert at enduring the unendurable. In this April 7, 2020 photo, two women pass each other in front of an African American themed mural as they travel to and from a local grocery store on Chicago’s South Side.  (AP Photo/Charles Rex Arbogast)

Like the disciples who feared their own arrests as enemies of the Roman state after Jesus’ execution, we have too often felt suspect and under surveillance in the land that ought to be, but has never fully been, our home.

And like Jesus’ disciples sheltering in place in upper rooms and in hiding from the authorities, we have come to expect no help from the Trump administration, which has nonetheless shown no aptitude for, nor interest in, caring for us.

We are on our own.

Quarantined and unable to gather in our churches or communities, we must sing the old songs of Zion alone or in small family groupings. And yet, our rich faith tradition has prepared us even for moments of mourning like this. As the old negro spiritual encourages us to remember, we have had other such times of sorrow.

“Were you there?” the nameless bards of the spirituals asked us, and we echoed their words in response:

As James Cone explained in “The Cross and the Lynching Tree,” black people have had too many opportunities to recognize our own pain and loss in the death of the wrongly condemned, wrongly executed Jesus. And yet, the spiritual invites a redemptive recognition of that pain. We can still sing. As a people, we are still here. And though we may tremble in the face of such injustice, our bodies wracked with the pain of loss, we have not fallen. Having done all to stand against this present darkness, still we stand.

You may ask how such a thing is possible. 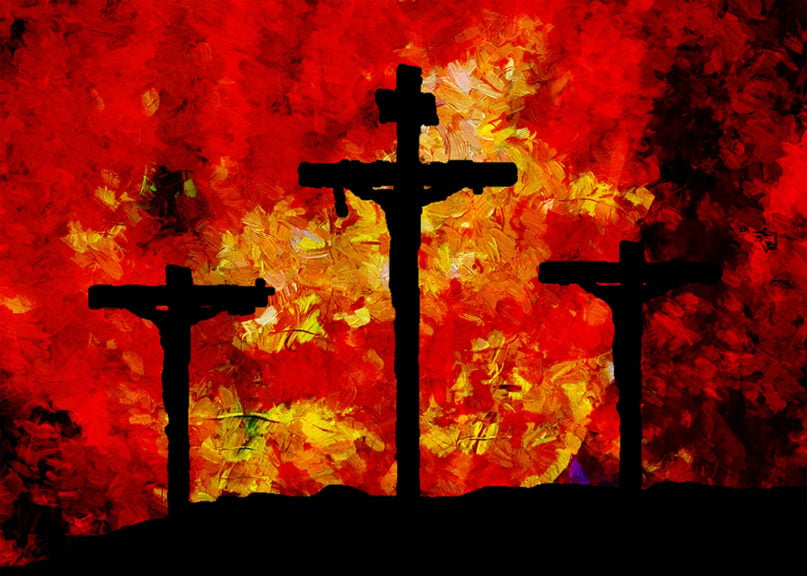 An illustration of Calvary and the Crucifixion. Image by Raheel Shakeel/Pixabay/Creative Commons

At times, my faith shaken, I wonder, too. How can we keep singing in such a time as this? At times, I feel as the disciples must have felt during that long, tenebrous Saturday: Their every hope had been shattered by Jesus’ death. Their movement, such as it had been, seemed to have been crushed before it was even born. There was nothing left but to care for the body of their deceased leader when the Sabbath finally ended and to see the place where Jesus had been buried.

But his body was not in the tomb! His death was not the end of the Jesus movement; his resurrection was its amazing re-birth.

And now, as I tremble, shaken to my core, I think not of death but of revival. I think of churches that nurtured me and of the warm words of loved ones in whose strong arms I have found respite and renewal. I come from a people who, having survived crushed hopes, live on to hope and to rise again.

In “The Scandalous Gospel of Jesus,” Peter Gomes wrote: “Hope is not merely the optimistic view that somehow everything will turn out all right in the end if everyone just does as we do. Hope is the more rugged, the more muscular view that even if things don’t turn out all right and aren’t all right, we endure through and beyond the times that disappoint or threaten to destroy us.”

Even as the coronavirus and the incompetent response of the Trump administration threaten to destroy us, they do not have the last word. This Easter, I will remember Jesus, the author and finisher of my faith, and, in the roll call of the faithful, I am also calling the names of the ancestors I have known who stood strong in their day. I will sing “Were You There?” on Good Friday and tremble, but then, I will sing “Up from the Grave He Arose!” on Easter Sunday and rejoice.

I make no pretense to know what is coming, but I intend to trust in God, nevertheless.

Even if this Easter comes and goes with me standing alone in my home, in my heart, I will have been standing with my people: the faithful, across all time and generations, our arms and hearts and spirits linked in love.

I’ll stand in testimony that even in an age of overwhelming, overpowering, overweening death, there is yet a resurrection.

(Valerie Cooper is an associate professor of Religion and Society and Black Church Studies at Duke University. The views expressed in this commentary do not necessarily reflect those of Religion News Service.) 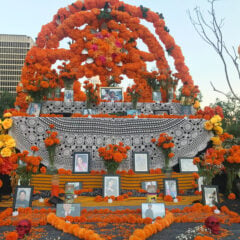