(RNS) — When David J. Halperin was 13 years old and struggling with the very earthly reality that his mother was dying of heart failure, he became obsessed with the out-of-this-world phenomenon of UFOs.

Now 72, and a retired professor of religious studies at the University of North Carolina at Chapel Hill, Halperin never quite left behind a fascination with things in the heavens; he even wrote his Ph.D. dissertation on the biblical prophet Ezekiel’s vision of a chariot blazing across the sky.

But in his latest book Halperin has returned formally to the role of UFOlogist. “Intimate Alien: The Hidden Story of the UFO” was published last month by Stanford University Press.

Both personal and authoritative, “Intimate Alien” covers a wide swath of UFO phenomena and what they may mean.

Halperin long ago disavowed his teenage belief that UFOs actually exist. He now thinks of them as myths, but not in the sense that they are false or fake news. On the contrary, Halperin thinks they may contain deep and profound truths. 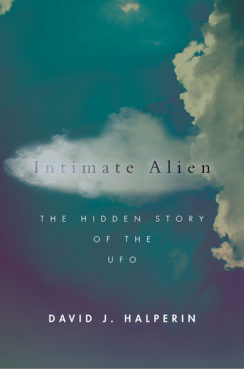 Drawing on psychology, anthropology and history, the book examines why so many people have these experiences and what that might say about people as individuals, and about our culture and our species. He finds parallels between those who have claimed to experience UFOs and other common psychological phenomena.

He tells the story of Barney and Betty Hill, a mixed-race couple that was driving home one night in 1961 when, they believed, they were briefly abducted by aliens who came out of a pancake-like craft in the sky. Halperin examines the transcripts of the Hills under hypnosis, concluding that they were enacting the experience of the entrapment and enslavement of 18th-century African Americans.

“Jointly they’d shaped a modern myth that, like all true myths, was also primordial and timeless,” he writes. “They planted it, seedlike, in the collective psyche of their nation.”

Halperin, who also blogs on the subject, spoke to RNS about his book and the similarities between UFOs and religious phenomena. The interview was edited for length and clarity.

UFOs were a coping mechanism when you were a teen and your mother was dying. Why return to it now?

Because in some way or another, the problems, the issues that were raised by UFOs, guided me in my research for decades afterwards. This is my life’s story that I keep wrestling with.

Is the landscape of UFOs different today than when you were growing up? Is interest in UFOs as high today?

It seems to have changed since the 2016 elections. UFOs are now respectable in a way they never were when I was a kid. In 2017 The New York Times published a pair of articles, one on the Pentagon’s secret UFO program and the other on videos of odd objects that Navy pilots had taken back in 2004. The stories were interesting, but to me what was earth-shattering is that this was in The New York Times. One of the three names on the byline was Leslie Kean, the author of a bestselling UFO book from 2010. When I was a kid, the Times would not talk about UFOs except to look down its nose in contempt. Now it’s flipped around.

My sense is that there’s a political subtext. There was a sympathetic article in New York Magazine in 2018 in which some wit wrote ‘Every generation gets the abduction fantasy it deserves. Ours is ET vs. Trump.’ I think that’s what’s going on here. UFOs are being embraced by the liberal media, those opposed to Trump. They are suddenly taken seriously by people who would not have given them the time of day.

When did you begin to doubt UFOs and instead to see them as myth? 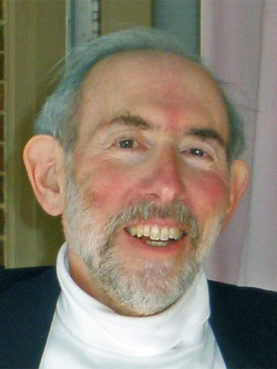 I didn’t so much stop believing in UFOs, as I gave up the idea that there was a point in researching them. There’s no adequate method to study them, and, I thought, we’ll know it when they get in touch with us, and in the meantime, let’s do something more useful with our lives. Only gradually did my belief fade.

Then in 1970 I met Jacques Vallee (the UFOlogist and astronomer who served as the model for the French scientist in Steven Spielberg’s film “Close Encounters of the Third Kind”). He recognized that UFO sightings had a folklorish quality and yet they seemed to be real. They reflected the technology of their time.

This led me to reread (Carl) Jung’s 1958 book “Flying Saucers: A Modern Myth of Things Seen in the Skies,” which I had never understood. I realized that when Jung called UFOs a myth, he wasn’t putting them down. He was stressing their importance. Now it started to make sense to me. Then I started doing research on Ezekiel’s chariot, which is kind of like a UFO, for my Ph.D. dissertation.

Why does sex turn up so much in alien abductions?

When I was a teen UFOlogist, we didn’t talk about that sort of thing. In the 1990s, when UFO abductions reached their zenith as a cultural phenomenon, the stories were shot through with sex. The UFOlogists explained that the space beings were doing research on our reproductive organs or that they were in the process of creating a mixed alien-human hybrid race that would rule the Earth.

I don’t find that even remotely plausible. I prefer to think that what’s reflected here is real experiences or fantasies that originally took place on a purely human plane.

Is alien abduction still a big deal for UFO enthusiasts?

UFO mythology is very complex. Our conventional image that someone looks up in the sky and there’s a silvery disk zooming overhead is just a small part of it. The belief in abductions has its germ in the early 1960s but then blossoms in the 1990s. It then fades as an important part of the mythology, while other parts that need not involve UFO sightings in the conventional sense, take its place, like “Men in Black,” which plays out entirely on Earth.

There’s much more interest now in the alleged coverup of UFOs than in the objects themselves, possibly because that’s more amenable to investigation.  We might imagine that some WikiLeaks will produce a cache of memos saying, ‘keep the UFOs secret.’ The fact that WikiLeaks has never produced anything of the kind is part of my reason for thinking it doesn’t exist.

When did UFOs become a recognized phenomenon in the culture?

June 24, 1947. A private pilot named Kenneth Arnold was flying over the Cascade Mountains and saw nine silvery objects flying at terrific speeds. He described their motion as ‘like saucers skipping over water,’ which the press turned into flying saucers. The term UFO, possibly originating with the military, first circulated in the 1950s and supplanted flying saucers in the 1970s. 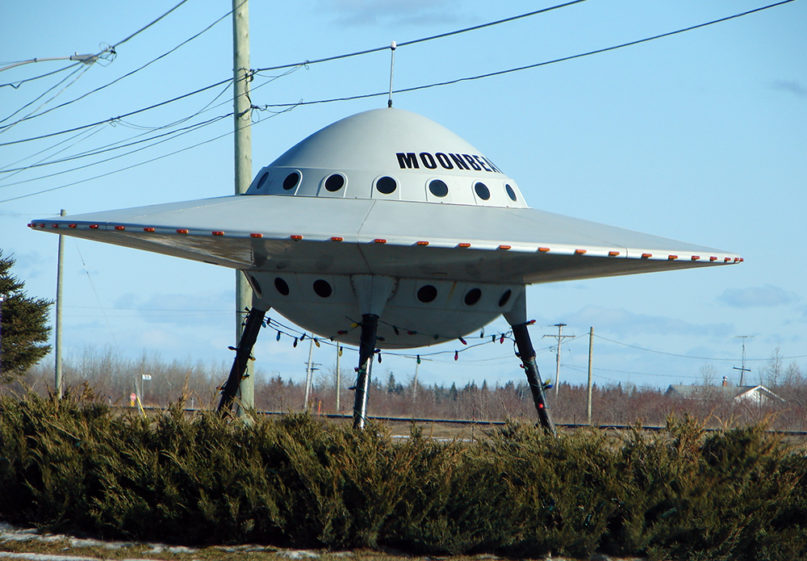 Do you find that a lot of people who have UFO visions don’t have a traditional religious upbringing?

There’s certainly anecdotal evidence of that. Jung thought the UFO represents a reassertion of the yearning for spirituality that’s repressed and ignored in a material civilization. Whether you can demonstrate that non-anecdotally, with statistics, I don’t know. There are different kinds of entanglements between UFOlogy and religion. I don’t know how I would generalize that into a pattern. UFOs are about transcending boundaries.

What are you doing now with your interest in UFOlogy?

I’ve lost much of my taste for travel, so I don’t go to UFO events. But last October, I blogged about “Storm Area 51” (a supposed raid of the top-secret U.S. Air Force base rumored to host alien spacecraft suggested by Facebook users that became a festival in Rachel, Nevada). The few thousand people there had a good time. Nobody stormed anything. Blacks and whites mingled. One woman talked about how she had a good conversation with someone wearing a MAGA hat. And I thought, UFOlogy can unify the country!

So what’s your thinking now about what UFOs are all about?

You asked when UFOs became a cultural phenomenon, and I answered June 24, 1947. But I left off the second half of the answer. June 1947 was also the month that the Doomsday Clock first appeared on the cover of the Bulletin of the Atomic Scientists. I believe there’s a link. At its most basic, what the UFO is about is death — the ultimate alien but also the intimate alien. Because your death is an intimate part of you. But it’s the most alien thing you can possibly imagine, or struggle to imagine.

So it seems significant to me that UFOs became a cultural phenomenon when the possibility of the collective death of the species through nuclear warfare became real. It began to sink into people. It’s significant that it’s enjoyed a tremendous resurgence since Donald Trump was elected, and the possibility of another collective death, through climate change, came a notch closer to reality. That has become something that haunts us.

What’s going to happen now that we have this foretaste of collective death with the coronavirus? Some things are already happening. Belgium has experienced its greatest wave of UFO sightings since 1990. We know what those UFOs are. They’re Starlink Satellite trains. But people are looking up, seeing peculiar lights and thinking “UFO.” In that sense, the cultural and psychological sense, they are UFOs. So where’s the UFO going to go now? Let’s talk again in a year or five years and see. 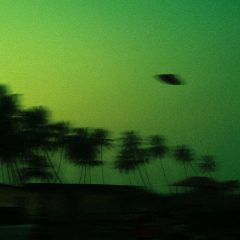 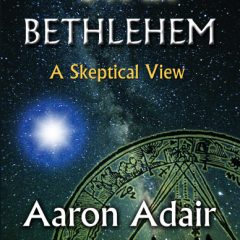 Beliefs
Physicist Aaron Adair is skeptical about the star of Bethlehem
Follow us on Facebook!
Submit your photos to RNS