(RNS) — Police in Missouri have arrested a suspect with a history of mosque vandalism in connection with a fire that heavily damaged a southeastern Missouri Islamic center last week at the start of Ramadan.

Nicholas Proffitt, a 42-year-old resident of Cape Girardeau, Missouri, was arrested Monday night (April 27). He is accused of setting a fire at the Islamic Center of Cape Girardeau early Friday, the day most Muslims celebrated as the first day of Ramadan.

Over a dozen people, including several families who lived in the building that houses the mosque, had to be evacuated because of the blaze. No one was injured, but some tenants have been displaced by the fire.

“No one should have to suffer the devastating loss of their house of worship — particularly just as the holy month of Ramadan begins,” said Madihha Ahussain, special counsel for anti-Muslim bigotry at the civil rights organization Muslim Advocates.

A fundraiser set up by mosque leaders said that the building has been declared a “total loss” and would require about $1 million in repairs.

If convicted, Proffitt, who is being held without bond, could face a maximum of 37 years behind bars. He faces felony charges of burglary, arson and property damage, with a hate crime enhancement in the charges, according to law enforcement. 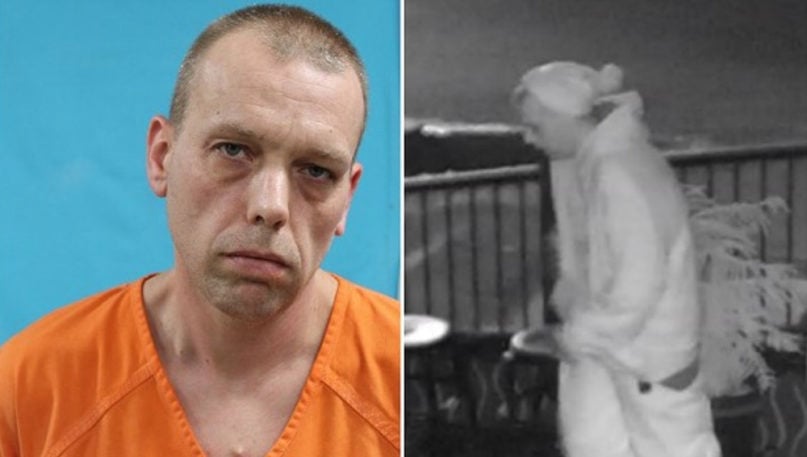 “The defendant was knowingly motivated to do so by reason of a motive related to the religion of the people who worship at the Islamic Center,” police said in a news release.

Proffitt has been linked to several other mosque attacks in the past 15 years. A witness who helped authorities identify him said Proffitt has a history of making “anti-Muslim derogatory remarks,” per a probable cause statement.

In 2005, he was arrested and accused of throwing rocks at the Islamic House of Wisdom in Dearborn, Michigan, punching holes in the mosque’s siding and pouring a chemical on a wheelchair ramp. Law enforcement declined to pursue hate crime charges then, saying “it was just a drunk guy with a rock.”

In 2009, he was accused of breaking windows at the Islamic Center of Cape Girardeau. Proffitt was convicted of a hate crime in that case and sentenced to three years in prison.

“This tragedy is a textbook case for why we must take anti-Muslim hate crimes seriously,” Ahussain said. “These types of serial offenses often occur when law enforcement fails to hold perpetrators of hate crimes responsible for their actions. … What happened in Cape Girardeau was preventable.”

Muslim Advocates and the Council on American-Islamic Relations, as well as CAIR’s Missouri chapter, have urged law enforcement to pursue a hate crime charge. 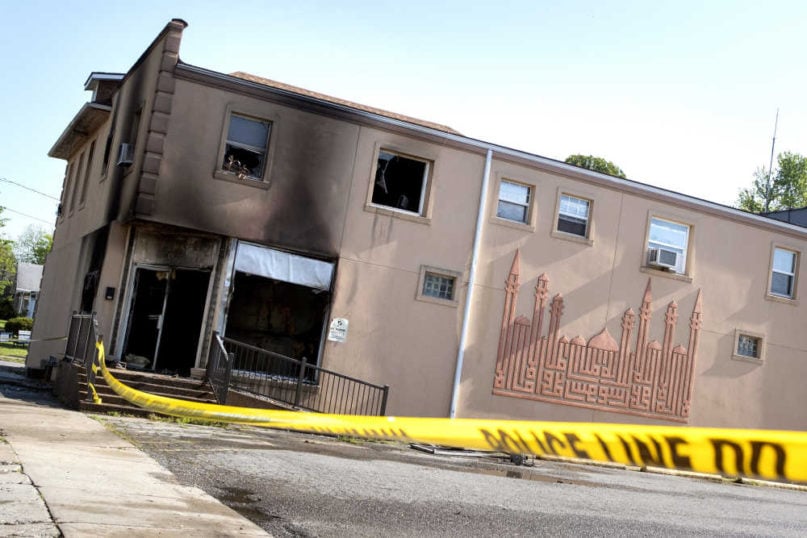 The Islamic Center of Cape Girardeau is seen after fire damaged the building Friday, April 24, 2020, in Cape Girardeau, Missouri. (Photo by Jacob Wiegand/Southeast Missourian via AP)

Local interfaith leaders have reached out to show their support for members of the Islamic Center. At the nearby Christ Episcopal Church, the Rev. Edie Bird put up a sign saying, “We love our Muslim neighbors, they are wonderful.”

After the fire, the City of Cape Girardeau Municipal Government released a video compiling messages of support from city officials, first responders, faith leaders and business owners in the area.

“The damage is beyond repair,” said Aathif Shamail, an official with CAIR-Missouri. “We are overwhelmed by the Muslim and the Cape’s community support in a time of need and offer out our thanks to each one of them.”

On the same day as the fire in Missouri, a Salt Lake City mosque reported an act of vandalism. Local police say they will investigate the incident, which left one window broken at the Islamic Society of Greater Salt Lake, to see if it was a hate crime. 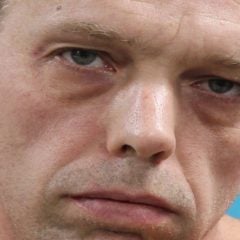