(RNS) — Coronavirus has forced the United Methodist Church to postpone its quadrennial governing General Conference, originally scheduled for next month, delaying by at least a year the church’s anticipated, and widely supported, schism between the denomination’s traditionalists and progressives.

The schism plan most likely to be approved would ask Methodist congregations to decide by majority vote whether to join a new traditional denomination or stick with a liberal United Methodism that allows same-sex couples to be married in the church and the ordination of LGBTQ clergy. For 47 years United Methodists, with 6.7 million members in America and another nearly 6 million overseas, have fought over sexuality. The schism was to settle our differences at long last by going our separate ways.

I’ve been involved in Methodist politics since 1985, when my Arlington, Virginia, church sent me, at age 20, to represent it at the Virginia Annual Conference. For more than 30 years I’ve worked with fellow traditionalists to maintain traditional theology and ethics, attending every governing General Conference since 1992. With many others, I hoped my denomination could avoid schism. But increasing polarization and acrimony, culminating in a contentious special General Conference focused on sexuality last year, have made staying together impossible.

When United Methodism does get to vote to divide into conservative and liberal denominations, thousands of congregations and millions of church members will face difficult choices. Some, like me, will make their choices before then.

For the past 15 years I have attended a wonderful, historic United Methodist congregation in Alexandria, Virginia. I loved the our beautiful, 170-year-old sanctuary, which served as a federal hospital during the Civil War.  Our worship is traditional in style with liturgy and old hymns. There are lots of great people, including our most recent pastor, an energetic young man, who likely saved the long declining congregation from extinction.

But when the pastor earlier this year preached a sermon in which he disagreed with traditional church teaching on sexuality, I realized I could no longer stay. Fortunately, there is a church with a traditionalist pastor just as close to my home. Once coronavirus subsides and it reopens, I plan on becoming active there.

After I made my decision, I lunched with my old pastor and shared my news and discussed the denomination’s impending division. He said he expected that many other clergy will soon face the inevitable and candidly share their views with their congregations. I respect that he did earlier what many clergy will only do later. It’s time for candor, so all church members can make informed choices.

Our conversation was friendly. I left my longtime church with no resentment and wish it and its pastor a happy future. There is no need for acrimony or looking back. It’s more productive to look forward to a better Methodist future without endless battles.

Coincidentally, about the time I was leaving my congregation, a woman in a similar situation called my office for counsel. She had long attended a United Methodist church in Pennsylvania that was siding with progressives on sexuality and sounded understandably distraught over the choices before her. She asked what she should do.

I counseled her to avoid needless fighting and bitterness. I strongly urged her to find another local United Methodist church closer to her traditionalist beliefs. With over 30,000 congregations in America, most regions offer many flavors of Methodism. But if she remains at that church, I advised her to be a quiet witness to her convictions while respecting a majority that differs with her.

Avoiding hard feelings, of course, will be very hard for many thousands of United Methodists who choose to leave their longtime congregations. Christians naturally invest deep emotions in our churches, where we have experienced baptisms, marriages, funerals and countless other life events among friends. Parting with churches they love and in which they and their families have invested themselves, sometimes across generations, will be anguishing.

OPINION: Why United Methodist Church’s plan for separation is good for everyone

There inevitably will be messy situations where pastors disagree with majorities of their congregations, many of which across America will be sharply divided. Many Methodists who have not followed national church news will be caught by surprise when their local church finally has this difficult conversation. Some already know which course their congregation likely will adopt; others will have to wait for events to unfold. Avoiding rancor will require extra measures of divine grace and human restraint. 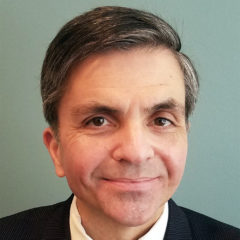 But how much better to depart in peace than with purposeless anger. United Methodism avoided schism for decades by avoiding hard debates at the local church level and proclaiming a false unity. The attempt to paste smiley faces over deep differences didn’t work.

Now United Methodists will need to be real with each other. This frankness followed by division will be wrenching for many. But it need not be bitter or destructive. All of us, traditionalists and progressives, can model how to respect each other even as we divide.

(Mark Tooley is president of the Institute on Religion and Democracy and editor of Providence: A Journal of Christianity & American Foreign Policy. The views expressed in this commentary do not necessarily represent those of Religion News Service.)