(RNS) —  The Rev. Jim West was feeling terrified as the state of Tennessee — and the church he pastors there — prepared to reopen after a month under stay-at-home orders.

But he was also looking forward to it.

“I just hope everything goes okay and nobody gets sick because that would be a nightmare,” he said on Tuesday afternoon (April 28).

One church member had made hundreds of masks with “religious themes” for people to use, according to the pastor.

West submitted the reopening plan to his church leaders and to health officials in Morgan County, which has had fewer than 10 reported cases of COVID-19, according to the Tennessee Department of Health.

Tennessee Gov. Bill Lee signed an executive order later on Tuesday that allows many businesses across the state to reopen but “strongly encouraged” houses of worship to continue virtual services. 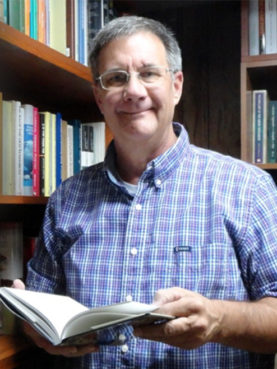 West wrote Wednesday on the church website he was “gutted” to share the news the church now likely wouldn’t be reopening until June.

“I was really looking forward to being back together on May 6,” he said in a recorded message to church members. “But the objective is to keep everyone safe, and that’s worthwhile.”

As states around the country begin to ease their lockdown orders, pastors and church leaders, like West, are facing decisions about when — and how — to reopen the doors of churches for in-person services.

For now, many houses of worship will stay closed while making plans for an eventual reopening.

In Georgia, where Governor Brian Kemp announced he would allow churches to gather in person, a group of clergy in the city of Statesboro met via conference call on Thursday to discuss how best to respond. Clergy on the call hailed from Southern Baptist, Presbyterian, United Methodist and non-denominational churches and wanted to present a united front.

“We’re hoping to get as close to coordination as possible, communicating to Statesboro that we’re a united body of Christ — even now, especially now,” the Rev. Taylor Lewis Guthrie Hartman, pastor of First Presbyterian Church, told Religion News Service.

Hartman said that pastors on the call had different visions for when and how to re-open. None planned to hold in-person services this weekend. They plan to talk again next week.

The Rev. Nick Roosevelt, a priest at St. Patrick’s Episcopal Church in Albany, Georgia — a city that became the epicenter of one of the worst outbreaks of the novel coronavirus in the country after the infection spread rapidly during two funerals — said his church is unlikely to open any time soon. Instead, he expects the church will wait until the surrounding region meets the criteria for “Phase 3” of the White House’s reopening recommendations.

Bishop Reginald T. Jackson, the presiding prelate in Georgia for the African Methodist Episcopal Church, instructed the state’s roughly 520 AME congregations not to gather. He said Kemp was putting “economic interest above the safety and well-being of the citizens of Georgia.”

The Presbytery of Greater Atlanta sent a letter to member churches on April 23, imploring churches to refrain from large gatherings until a congregation can keep people safe “and can keep up the proper health standards in the midst of the COVID-19 (pandemic).”

“I haven’t heard of any Presbyterian churches moving back to in-person gatherings right now,” said the Rev. Anna George Traynham of Shallowford Presbyterian Church in Atlanta.

Kansas City Mayor Quinton Lucas issued a “soft reopening” order effective May 6 that allows small religious gatherings, including funerals and weddings. Those events are limited to 10 people inside and 50 people outside, “provided social distancing is maintained and event organizers record the names and contact information of all attendees.” 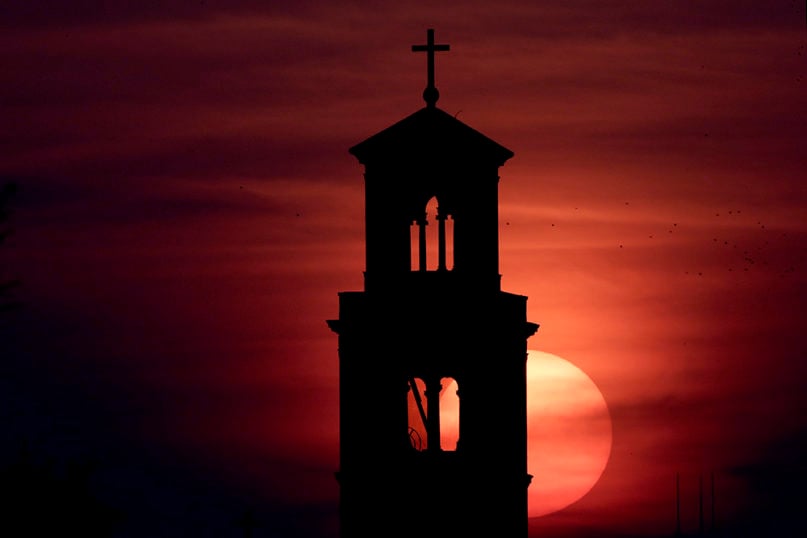 Pastor Brenda Lacy of Greater Revelations Worship Center in Kansas City, Missouri, said she plans to hold off on in-person services “until it is reasonably safe to come out.

“It doesn’t make sense to reopen everything up and then we get another wave of this and then more people die,” said Lacy. “Enough people have not been tested and it is not proven safe to open the church at this time.”

The Rev. Boise Kimber of First Calvary Baptist in New Haven, Connecticut, agrees. The church is currently meeting via conference call and Zoom.

“I am in no hurry to go back,” said Kimber, whose state’s stay-at-home guidance is currently in effect until May 20.

The predominantly black inner-city church is putting into place a plan for an eventual return, Kimber said. He expects the church to continue offering worship services via the phone and the internet even when he feels it is safe for some to return in person.

“There are many people, I feel, that will not come back to church until there is a cure for this virus,” he said.

But even on May 8, churches and other houses of worship will not be among the groups allowed to gather. That will only happen in Stage 2 of the governor’s reopening plan, which would go into effect in late May at the earliest.

Denominational groups have begun planning for that, though they have yet to come up with any formal, written plan.

At a minimum, smaller, mostly rural, churches will be the first to reopen, said John Dornan, spokesman for the Catholic Diocese of Raleigh, which spans roughly half the state.

Whereas several prominent megachurches around the country plan to keep hosting online worship.

Prestonwood Baptist, a Texas megachurch led by Trump adviser Jack Graham, currently plans to keep services entirely online through the end of May. First Baptist Dallas, whose pastor is Trump ally Robert Jeffress, currently does not plan to reopen its doors until the city meets the “Phase 3” criteria put forth by the White House, which church leadership doesn’t expect to occur until May 31 at the earliest.

But other church leaders appear eager to return to traditional worship.

Bishop Michael Olson of the Fort Worth Catholic Diocese plans to allow 91 parishes in the diocese to reopen this Sunday with precautions. In California, the Rev. Samuel Rodriguez, president of the National Hispanic Christian Leadership Conference, signed on to an open letter calling on California officials to allow for churches in the state to assemble for worship.

In contrast, the Rev. Elizabeth Eaton, presiding bishop of the Evangelical Lutheran Church in America, said that the denomination’s bishops across the United States and in the Caribbean are not ready to reopen.

Many churchgoers are elderly, which puts them at risk, she said. And nearly 42% of ELCA clergy, too, are at least 60 years old.

The National Council of Churches continues to urge churches to follow guidelines from the Centers for Disease Control, which include physical distancing and wearing a mask, said Eaton.

And there are other precautions to keep in mind. Churches have to decide, for example, whether to allow singing, which could spread the virus even farther than six feet. Church leaders will also need to be diligent about cleaning and ventilation in their buildings. And they will need to make sure any outside groups using the buildings are doing the same things.

“We’ll certainly not be having potlucks any time soon,” she said.

Yonat Shimron and Adelle M. Banks contributed to this report.